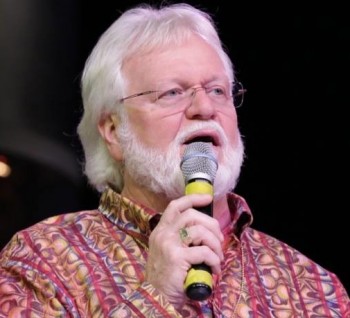 Exactly what God said would happen came to pass on Nisan 17 (April 25). It was a day of new beginnings, which was confirmed by the fulfillment of the prophetic word that stock markets around the world would be in a sea of red. From the opening to the closing bell, they were in the red.

The magnitude of this date has now been confirmed by Prophet Chuck Pierce, founder of Glory of Zion Ministries. In his April newsletter, he informed his subscribers that April 25 marked a major turning point for America, describing it as follows:

“Starting April 25, through October 20, it will be the most tumultuous, confusing time this nation has known in over 160 or 170 years.”

That is quite a statement considering during the past 160 years America endured the Civil War, World War 1, the great depression, World War 2, the Korean War, the cold war, the Cuban missile crisis, the Vietnam War, and many other terrible events. That means the next six months are going to be a time of great shaking!

He went on to say during this six month period America will “determine its future,” which sounds very similar to Matt Smith’s prophetic poem where he described it as a time when America’s fate would be sealed:

From March until June, the spring season shall arrive,
There will be many people, found not to be alive.
During this same season, another checkpoint will originate,
Then another crushing blow, will seal this nation’s fate.

Chuck Pierce added, “…this is a time that the Kingdom of God and those leading it move into their next identity,” which confirms a recent post by Rachel Baxter, I Am Raising Up the Josephs and my recent post, Graduation Day Fast Approaching for Modern-Day Josephs, and a word shared by Bette Stevens, God is Now Calling Many to New Assignments, as well as many other articles posted on this site.

In this same newsletter, Chuck Pierce identified a major war is coming in Israel, saying, “we are going to see Israel come into its greatest conflict since 1967.” He did not identify the timing for this war, but it sounds similar to another part of Matt Smith’s prophetic poem, “For war will be inevitable, it will not go away.”

The following provides an excerpt from Chuck Pierce’s newsletter, showing the context of the above statements:

Here at the Global Spheres Center we are continuing to advance into this “new crossed over” season.  I am so grateful for each of you joined our Passover Celebration, and those of you who are now entering in by our webcast replays.  Be sure to see the complete replay schedule below and find your times to enter in.

Key Word from the Lord for this New Season!
On Saturday morning (April 23) I shared what the Lord is saying to us for this season.  We have now crossed over into a time that will determine our future.  Starting April 25, through October 20, it will be the most tumultuous, confusing time this nation has known in over 160 or 170 years.  I want you to know how you are connected in the Body of Christ, and that the Body of Christ will not be the same. This is a time that America determines its future.  But also understand that this is a time that the Kingdom of God and those leading it move into their next identity.

This is probably our most key intercessory time. We have entered into a time of the Tabernacle of David being exemplified and emerging in the earth. This will affect all religious cultures across the earth. We decree that we are willing to be that Judah expression that creates the prototype for the future. In Black America and the African nations, the expression of God will unseat a wrong movement that will also vie for authority in days ahead. The Asian church will rise up and create a prototype that we’ve never seen.  Also, we are going to see Israel come into its greatest conflict since 1967.  Know that we have entered a new season! Let’s allow Judah to arise. Apostolic centers like the Global Spheres Center must now create a new prototype in the earth.

In July 2014, I received a dream showing a sudden event would ignite a financial crisis. Through a series of revelations, I was shown four warning signs to identify the season of this event. After seeing all of the four warning signs fulfilled, I wrongly assumed Nisan 17 would be the day of the fulfillment of the sudden event. Even though the markets were in the red that day, we did not yet see the sudden event triggering panic selling. I believe it was another prophetic confirmation telling us we are very close to the sudden event. The abundance of warnings confirms the magnitude of what is coming, which also supports Chuck Pierce’s description as “the most tumultuous, confusing time this nation has known in over 160 or 170 years.”

Separating our own assumptions from what God has revealed is one of the biggest ongoing challenges with the prophetic ministry. I apologize for adding my own assumptions, which caused some people to wrongly conclude it was a false prophecy. I hope this confirmation from Chuck Pierce will help everyone recognize the significance of Nisan 17 and prepare for what is coming.

Thanks to OutdoorJon for sharing Chuck Pierce’s newsletter.