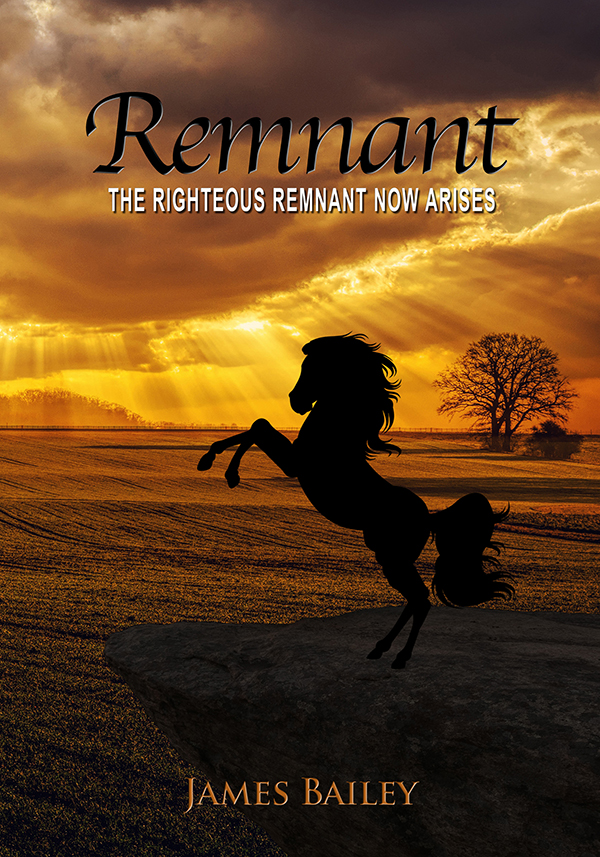 Part 1 of this 398-page book presents scriptural evidence showing the rise of the righteous remnant. Just as John the Baptist came in the spirit and power of Elijah as a forerunner preparing the way for the Lord’s first appearing, God is once again sending Elijah to prepare the way for His return. (Malachi 3:1, Luke 1:16-17) As Jesus said, “Indeed, Elijah is coming first and will restore all things.” (Matthew 17:11 NKJV) Elijah’s first assignment was small enough for one man to do it alone because it was limited to tiny Israel but a lot has changed in the past two thousand years as the message of salvation has been proclaimed to all nations, so the spirit and power of Elijah is coming upon an army of forerunners who will release the same fire from heaven as he did, causing righteousness to arise like the sun. (Malachi 4:2)

Ordinary people will be filled with God’s power to do extraordinary things as forerunners preparing the way, the likes of whom have never been seen; nor will there ever be any such after them as they will leap on mountain tops, run like mighty men, climb walls like soldiers, and march in perfect alignment as they burst through the enemy’s defenses without breaking ranks. (Joel 2:1-11) They will be pure and spotless, totally devoted to God. (Ephesians 5:27)

Part 1 also includes many prophetic dreams I received revealing God’s plans for training, preparing, equipping, uniting, assigning and restoring His army to complete their specific assignments during this most unique time, as shown by the following excerpt from one of my dreams:

“Every meeting was packed to the max with young people, teenagers and young adults, and it was standing room only. Even up in the balcony, every seat was filled and along the front of the balcony, I saw them sitting on the floor in a long row along the railings with their feet dangling down. There was such a deep conviction of sin and wanting to be right with God. I have been in lots of great meetings before and experienced powerful moves of God, but this was unlike anything I have seen before.”

My dreams ignited a hunger in me to learn more about righteousness, so I searched the scriptures and found 222 promises for which righteousness is the only requirement. Then I organized them into 16 categories and listed them in this book with explanations on how to receive them.

Part 2 presents evidence of the fulfillment of eight scriptural signs of the times identifying the season of the Lord’s return to show that the rise of the remnant is not far off in the distant future, but happening in our generation. Eight signs should be more than enough since Jesus said the generation that sees these things will not all pass away until they’re all fulfilled. (Matthew 24:33-34) These include the rebirth of modern Israel and increases in earthquakes, knowledge, travel, lawlessness, deception, apostasy, and wars. Amazingly, the fulfillment of all these signs significantly accelerated at about the same time the Jewish people reclaimed Jerusalem in 1967, revealing the colossal impact of that event, not only as the fulfillment of many prophecies but also marking the start of the season of His return.