On August 5, I had a vision of people with frowning faces in square picture frames and I knew they were not following Jesus. They had no joy on their faces. Next, I saw red X marks randomly placed on top of their pictures. Then I saw a strange monster creature with a pale sunken face appeared upon one man’s picture first, and then above all of the pictures. Next, I saw an alien … END_OF_DOCUMENT_TOKEN_TO_BE_REPLACED

In a dream on June 20, 2021, I was in a room in a large fancy house with a high ceiling that was about 20 feet tall. I knew the house had been infiltrated and that evil people were coming to attack the house. I also knew that I needed to protect some important items and hide them in a large bag. I went into a room that was like a large fancy bedroom. I placed a bag of my … END_OF_DOCUMENT_TOKEN_TO_BE_REPLACED 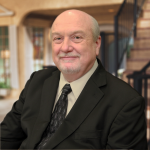 As documented in our former work, Petrus Romanus, the Middle Ages marked a Faustian bargain between the Roman Church and the Carolingian dynasty that served to suppress biblical theology and promote the papal juggernaut. In that work, we discussed the resulting years of darkness (757–1046 AD), ignominiously titled the “Pornocracy” or “Dark Age,” by asserting that “demonic … END_OF_DOCUMENT_TOKEN_TO_BE_REPLACED 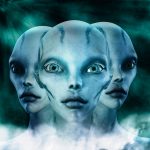 Jesus spoke of a time of ὠδίνων “birth pains” prior to His return, and many of us believe we are currently in the throes (Matthew 24:8). Our late friend, Dr. Chuck Missler, has written, “What is fascinating about the idiom of childbirth and the Second Coming of Jesus Christ is that they are both preceded by well-known signs given well in advance of the actual event. And yet, an … END_OF_DOCUMENT_TOKEN_TO_BE_REPLACED

In a dream on May 30, 2021, I was in some woods on the edge of an open field and a young teenage boy was with me. We were both wearing U.S. Army beige camouflage uniforms that were used from 2005-2019. We then saw a large alien space craft about 200 feet away coming down from the sky and hover over the tops of the trees. It was a flying saucer disc space craft with a small … END_OF_DOCUMENT_TOKEN_TO_BE_REPLACED

When I first started investigating the evidence of alien beings, I was amazed by what I found and immediately sought a scriptural explanation. In my studies, I found testimonies of Christians who had been confronted by this same evidence but were unable to explain it from the scriptures so they committed suicide. It literally blew their mind but it didn’t have to be like that … END_OF_DOCUMENT_TOKEN_TO_BE_REPLACED

https://www.youtube.com/watch?v=9i8M4kX8eoA YouTube Channel, Israeli News Live, “ Israel's Former Head of Space Program Discloses Alien Presence”, 3:55 Minute Video “Israel's Former Head of Space Program Chaim Eshed Discloses Alien Presence. ‘The UFOs have asked not to publish that they are here, humanity is not ready yet. Trump was on the verge of exposing them, but the … END_OF_DOCUMENT_TOKEN_TO_BE_REPLACED

“Franken-Creatures” - reality once again Ancient cave paintings, petroglyphs and other artwork from around the globe depict giants, “UFO's” and beings that appear to be various types of “aliens"; also Chimera animals and animal/human hybrid creatures, which were until recently considered the stuff of “myth”. Yet today, these are again being “created” in labs around the world … END_OF_DOCUMENT_TOKEN_TO_BE_REPLACED

This will be presented in multiple parts due to its length and complexity. Please don’t make assumptions or jump ahead to the end, for you would miss important information which supports the actual purpose of this posting.   “...the weapon was a single projectile charged with all the power of the Universe." This statement was not written 75 or even 100 years ago, but … END_OF_DOCUMENT_TOKEN_TO_BE_REPLACED

On the 7th of February 2016, I had the following dream after reading Luke 21:11 about what Jesus said about the ‘fearful sights and great signs from Heaven’ that will happen before the end. That passage later reiterates the same thing, emphasizing that there will be ‘signs in the sun and moon and stars’ (v25). I dreamt I was in the backyard of my childhood home looking up at … END_OF_DOCUMENT_TOKEN_TO_BE_REPLACED

The 22-minute video shown below shows an unidentified flying object (UFO) landing in a remote area of Australia. It's designed to look like an alien spaceship from another planet, but it's not what it appears to be. I'll be sharing more about this in my upcoming posts. https://www.youtube.com/watch?v=vWz-Z2hDGdI … END_OF_DOCUMENT_TOKEN_TO_BE_REPLACED

Z3er Robert W. shared the following interesting dream. I received this dream about a year ago and have shared it with only a few people but am being prompted to share it with others at this point. In the dream, my car was parked on the street instead of my driveway for some reason, so I walking down my driveway to my car as I was leaving my house to go somewhere. As I was … END_OF_DOCUMENT_TOKEN_TO_BE_REPLACED

Dear brothers and sisters, I wanted to share a dream I had on Monday the 2nd of October 2017. I woke up at 7 am and wrote this dream down as I believe it was from the Lord. In this dream, I was in a waiting room adjoining an office for auditions for a movie or acting role. There were movie producers with their door open and they were speaking loudly. I overheard them talking … END_OF_DOCUMENT_TOKEN_TO_BE_REPLACED