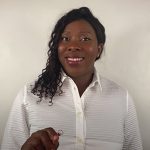 In this prophetic word for UK the Lord God lead me to Genesis 30:25 - 43, and it’s the account of Jacob outwitting and out-smarting his father-in-law. And in the end he came out of the deal they had made much richer and wealthier than Laban. Even though from the deal it looked as if Laban would gain more than Jacob, but the opposite happened. I share the details in the 5-minute … END_OF_DOCUMENT_TOKEN_TO_BE_REPLACED

With the days & times we are in, it takes a lot to shock me. This video SHOCKED me! Absolutely terrible situation for UK citizens. I pray God’s protection over these people & what they are facing with this law. https://www.youtube.com/watch?v=AovPt7HjDWg&feature=share&fbclid=IwAR0GS6Rx5e48YrvdAfNhCbO7txgv9Ot9dNu9Q2-6P4t5Mk0g5t1DLkca7Ic In this 7 minute video posted by … END_OF_DOCUMENT_TOKEN_TO_BE_REPLACED

Here is a word from Aime Rogers for Africa and Scotland. Thanks to Z3er Xavier for sharing this. WORD FOR AFRICA: I was given a glimpse of Africa today. My first look was what you would imagine – war, poverty, scorched and dry land. But then, the Lord showed me His plan for this continent. It was lush and green with crops in abundance that none of us could imagine. I saw … END_OF_DOCUMENT_TOKEN_TO_BE_REPLACED

A couple of weeks ago, I was given what I call a “Daniel” type vision. I say this because most of the dreams and visions that LORD gives me are direct; without too much symbolism. But this was not the case with this one. So pray for wisdom and discernment, as I did, regarding what I’m about to share. It was about the fourth watch, and I went into a vision. In it, I saw three … END_OF_DOCUMENT_TOKEN_TO_BE_REPLACED