You are here: Home » News » Jesuit Agendas » Genetic Engineering » Should You Take The Vaccine? Key Points for an Informed Decision
Share this post: 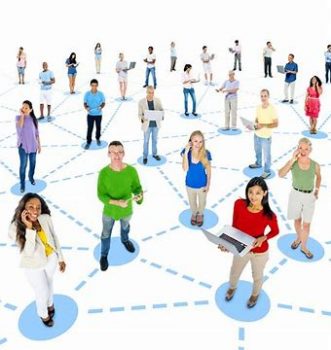 If you have not read Deborah’s post and detailed article, please do that now before you proceed. This article is focused on providing some additional details so that if you read Deborah’s article & this one, you will hopefully possess a strong enough understanding of the overall picture to then fill in any gaps in knowledge or understanding that you may have. Although complex, if you understand the framework, it will help you see how all parts tie together & then understand why it is critical for the Elites to get EVERY PERSON to take the vaccine which I will refer to as a “Vaccine PLUS” to create the Beast System. The Beast System may be able to be formed from the coming Vaccine PLUS or like many plans of the Elites, there may be a few incremental stages.

The goals of the Elite whom serve Satan are to:

– Turn humans into transhumans by MODIFYING their DNA by adding a THIRD STRAND of DNA, making them unredeemable to God and seal their fate to be tormented with fire and brimstone, with no rest day nor night. This will be a victory for Satan as God does not want any person to perish.

2 Peter 3:9, KJV
The Lord is not slack concerning his promise, as some men count slackness; but is longsuffering to us-ward, not willing that any should perish, but that all should come to repentance.

11 And the smoke of their torment ascendeth up for ever and ever: and they have no rest day nor night, who worship the beast and his image, and whosoever receiveth the mark of his name.

– Have complete control (i.e. no free will, no autonomy of thought, no individuality) over all transhumans’ beliefs, thoughts and actions. All transhumans will have a hive mind. A hive mind is defined as “a unified consciousness or intelligence formed by a number of alien individuals, the resulting consciousness typically exerting control over its constituent members.” (Source: Oxford Dictionary)

Anyone thinking that not accepting this Vaccine Plus will not be punished must have missed The New England Journal of Medicine who “published an article on June 26 titled, ‘Ensuring Uptake of Vaccines against SARS-CoV-2.’ They suggested that the suspension of employment would be a less coercive manner of enforcing vaccine compliance than fines or other criminal penalties.

The report states that ‘state mandates should not be structured as compulsory vaccination (absolute requirements); instead, noncompliance should incur a penalty.’” I expect to see MANY more tyrannical moves to force compliance in taking the Vaccine PLUS as the time for the vaccine to be distributed arrives….

Revelation 13:17, KJV
And that no man might buy or sell, save he that had the mark, or the name of the beast, or the number of his name.

– Have complete control over all transhumans’ biological functions (i.e. health and length of life)

– Use 5G to transmit every living organism’s (animal, human, plant, etc.) information to the cloud to be controlled and managed by the Elites.

– Use 5G to remotely engineer DNA & remove the protective mitochondria from all living organism’s DNA. (I will be posting an article about this where Elena Freeland discusses this.)

For those humans that receive the Vaccine PLUS, they will receive INSIDE their body:

– DNA from humanized mice, humanized plants & aborted fetal cells to add to the two strands of DNA currently in their body (one strand from each biological parent) creating 3 strands of DNA and effectively GENETICALLY MODIFYING each person.

– Nanotechnology which changes DNA, assembles in the body, moves in the body and can be controlled remotely. This allows the Scripture regarding The Mark of the Beast being in the right hand or forehead to POSSIBLY be achieved with this coming Vaccine PLUS…

Revelation 13:6, KJV
And he causeth all, both small and great, rich and poor, free and bond, to receive a mark in their right hand, or in their foreheads:

– An RFID chip that turns the body into a computer interface with links to Cryptocurrency (a digital, cashless system). European Patent WO2020060606 A1 Cryptocurrency System Using Body Activity Data. Applied 6/20/19, Approval Granted 3/26/20. Owned by Microsoft. Note the “666” in the patent number?

– Hydrogel which will embed the RFID chip into the tissues of the body preventing it from being removed without harming the human or animal it is embedded into.

This will NOT be a “vaccine” like any vaccine you have received in the past! Regardless of mainstream media lies, I along with other contributors have posted on Z3 News, detailed information from several brave truth tellers. These include: Dr. Mikovits (Molecular Biologist), Dr. Kaufman (Natural healing consultant, inventor, public speaker, forensic psychiatrist, and expert witness), Dr. Carrie Madej (Internal Medicine Specialist with over 19 years of experience in the medical field), Celeste Solum (Previously a contractor for Homeland Security and FEMA), and investigative journalists including Whitney Whebb, Spiro Skouras & James Corbett. Another great resource on these topics is Anthony Patch who appears is featured in a video from my August 1st “Transhumanism is the Goal” post.

The vaccine and the components are all linked & will work together like a System! The components in the Vaccine PLUS will likely include:

– DNA of humanized mice, humanized plants & aborted fetal cells will be injected into your body. A special delivery technique will inject genes into our bodies & using electroporation procedure (CRISPR-CAS9: Gene Drives) with two extra needles and an electric current with the vaccine to make holes in a person’s cells to allow the DNA to be injected into the nucleus of our own cells!!! ???.

– The RFID chip will provide all information 24/7 to the cloud via 5G regarding the transhuman. Right now people are being required to have identification with all their information (ID2020, Covi-Pass, Trust Stamp) which are currently external to the body but will be added to the RFID chip inside the body in the future. This will include a social credit score coupled with the Elites’ control over all resources for that individual will be used to force compliance in all transhuman slaves.

A critically important point, besides 100% control over all people and animals and living organisms on the Earth, Tony Fauci and Bill Gates will make BILLIONS of dollars as they own the relevant patents individually, through a company and/or through a foundation.

If you have not yet completed your research on this topic, I have listed eight very useful posts (not in any particular order) that I would recommend you read the posts and any associated articles and/or watch any videos to better understand this topic.

Transhumanism is the Goal; Elimination of Humans that are 100% God’s Creation

Explanation of How Covid-19 Vaccine Will Genetically Modify Human DNA

COVID-19: The Spearpoint for Rolling Out a “New Era” of High-Risk, Genetically Engineered Vaccines

Word – The Mark of the Beast is Here!! Gateways – Thrones – Seeded Codes of Our DNA

Many blessings to all of you in your research and decision-making related to this critical decision.

So why is no MSM talking about hydroxychloroquine?
I didn’t check the veracity of the comments in the article, linked below, but some commentators were saying that many gov’t leaders were preventatively taking hydroxychloroquine.

Apparently it is quite effective if taking before or shortly after being infected. And it’s real cheap. Hmmm. I wonder if it’s all about the Benjamins.
https://www.zerohedge.com/political/veteran-virologist-slams-mainstream-medias-misinformation-about-effective-covid-treatment

Hi Carson – Hydrodychloroquine has been off patent for years. So you can get a pill of this drug for very little (ex. 15 cents) versus a pill of a drug still covered by patent (meaning only that pharmaceutical company has the rights to manufacture & set the price for the drug) which will be significantly more (ex. $15/pill). I did see these prices at one point but did not look these up to respond, The key thing to understand is that off-Patent drugs, have their price (equilibrium point between supply & demand) determined by free market sources (supply & demand). With an on-patent drug, free market forces of supply & demand are NOT allowed to operate because the price & supply are artificially set by the pharmaceutical company that owns the patent. The patent allows the pharmaceutical company to recoup millions if not billions of dollars in money the company had invested in a lengthy & expensive process to research, manufacture & test the product & bring it to market.

I do think money is the biggest reason that information about hydroxychloroquine is not being shared.

Yet another article on ZH today on Hydrodychloroquine, and a group of doctors trying to promote/make people aware of its use. I’m also inclined to think this has a lot to do with the $$$. If hydrodychloroquine became widely used, then research $$ for a vaccine may get cut. Especially considering that initial studies show that vaccines may only be effective for a few months.
https://www.zerohedge.com/political/big-pharmas-narrative-failing

Yes Expat Girl,
The ABC , Australia’s national broadcaster has been negative on hydroxychloroquine since day one when Trump said he was taking it. The general public are being lied to, big time. Satan wants the world vaccinated and microchipped so our freedoms are 100% lost and the antichrist takes full control of banking and sale and distribution of food.
Phil

Expat Gal wonderfully put together.. in this Should You take the Vaccine post.. what a journey with the Holy Spirit it has been this far: to reveal all this to his children because he is a God Of Love – not destruction he wants us to be forewarned and aware of what we will be facing in these last end time days.. & Tribulation days so we can make the correct Godly decision for our Life sake & that of our children, extended families & loved ones close friends etc..and to warn the lost.

It is amazing what The Father & His Son.. thru the Holy Spirit has revealed thru Much Research – Him & only Him guiding us in what we find & how we connect the Dots to the puzzle.. in line with scripture warnings he gives in His word the Bible. Thanking each person who has contributed to the many posts & discussion comments plus those who have received dreams & visions..and most especially to James Bailey for this wonderful Godly platform he commenced so that The Lord could move & reveal so much thru Z3 News.

Blessings & love to every one.. May the Lord Bless You & keep You All Safe & Well… that we would prosper in health, body, spirit & mind. He will keep us in Perfect peace whose mind is stayed on thee ,because we Trust in Him only ….

Amen Anne, wonderfully worded. I totally agree. With all that’s going on I still feel we are so privileged to be born for such a time as this. God bless all the contributors of z3news for their dedication and hard work.

Thank you Anne & thank you Jenny! I have enjoyed being a part of our community since 2015 and am grateful that everyone (contributors & commenters) is helping each other learn & understand what is happening by removing all the “noise” & disinformation through God’s leading while understanding Scripturally how everything is coming together to create the Antichrist’s Beast System.