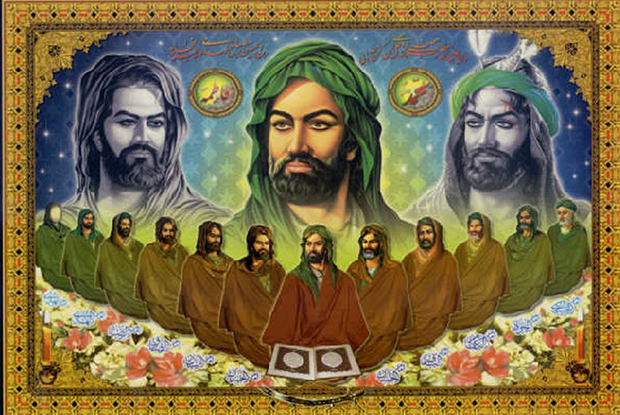 In a dream I received in 2015, I was a reporter living in an area I felt was California. I knew this area was politically liberal. I had awakened early one morning to hurry over to a nearby college where a prominent Muslim Imam was going to make a big televised announcement! I arrived at the university (I felt it was Berkeley), at around 7:20 am and ran over to the main red brick building which had an entrance to a courtyard in the middle of the very large campus. I knew the announcement was going to be made there at 7:30 am.

I saw that a red carpet had been rolled out to honor and accommodate the Imam when he came out. He was going to make his announcement while sitting on a prayer rug at the end of the carpet, so I ran over to the end of the carpet to get the closest and best position because I knew it was going to be very significant! But I hadn’t noticed another man seated about one or two yards away from the end of the carpet. He was on his own prayer blanket and he was the Imam’s guard or assistant, and he gruffly told me to move at least 20 yards away because I was a woman and I was not allowed to be close to the speaker. So, I apologized and backed away quickly trying to show respect for their culture and rules.

I was surprised that there were no other reporters there because I knew this was going to be a big announcement that was supposed to be televised like a press conference, and I was very sad because I knew in the dream that the Imam was going to call all Muslims in the United States to rise up and commit Jihad against all the “infidels” (American citizens) around them here in the United States, and I also knew that hardly anyone was prepared for this.

I was very aware that as soon as he made that announcement, I needed to FLEE because it would not be safe! As the Imam was preparing to come out and speak, the dream ended.

There is an announcement planned for this Saturday July 4 by Louis Farrakhan. I don’t know if it will be the fulfillment of my dream but I am concerned that it might be. In any case, I will continue watching for it. The dream revealed the announcement started at 7:30 am, so that might be giving us an insight into the timing.

I AM CALLING ALL SAINTS OF GOD TO PRAY, REPENT, and INTERCEDE for our nation and it’s people!! This is it, people!! This is where the rubber meets the road!! We have been so engrossed in entertaining ourselves, making sure we have nice homes and fancy cars, that we- the church- has forgotten about the poor, the unborn babies, and what really matters to God – the salvation of souls everywhere!! The enemy has so tried to silence the Church that there wasn’t even hardly an outcry when the churches were shut down due to COVID-19. People should be able to come to church to get healed!! Many of God’s people didn’t even ask God to heal them, but instead sought the physicians like Asa in 2 Chronicles 16:12! And it didn’t go well, for many needlessly perished.