You are here: Home » Babylon » False Prophet » A Tale of Two Beasts: New Insights into the Day of Atonement 2015 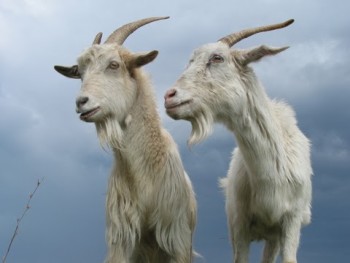 We can find new insights into what is happening next week on the day of atonement by looking at the scriptures about the two beasts appearing in the last days.

Jesus warned us that when we see the first beast standing in the holy place, in the temple in Jerusalem, we should immediately flee to the mountains without even taking time to grab anything out of our house because all hell is going to break loose.

15 When ye therefore shall see the abomination of desolation, spoken of by Daniel the prophet, stand in the holy place, (whoso readeth, let him understand:)

16 Then let them which be in Judaea flee into the mountains:

17 Let him which is on the housetop not come down to take any thing out of his house:

18 Neither let him which is in the field return back to take his clothes.

20 But pray ye that your flight be not in the winter, neither on the sabbath day:

21 For then shall be great tribulation, such as was not since the beginning of the world to this time, no, nor ever shall be. (Matthew 24:15-21)

This event happens when the man of lawlessness enters the temple in Jerusalem to establish his throne (2 Thessalonians 2:1-4). His goal is to make himself like the Most High, ruling from Mount Zion.

13 For thou hast said in thine heart, I will ascend into heaven, I will exalt my throne above the stars of God. I will sit also upon the mount of the congregation, in the sides of the north.

The prophet Daniel called this the abomination of desolation because this man seeks to exalt himself above the stars, above the clouds, to be like God. His actions are an abomination to God and bring desolation upon the whole earth by triggering the start of the great and terrible day of the Lord. On this day the wrath of God is released upon the whole earth (Matthew 24:29-31, Revelation 6:12-17).

When the man of lawlessness takes his seat in the temple to establish his throne there, another will take his seat in the courts of heaven. The courts will sit to judge and rule against him. Then his 42-month reign will be brought to an end, his kingdom will be taken away, and he will be annihilated and destroyed forever. (Daniel 7:26)

The two beasts have very different roles and each has two primary realms of dominion. The dominion of the first beast includes:

The second beast is called the false prophet because he falsely portrays himself as a spiritual leader, but in reality his roles include:

We won’t need PayPal after he gets his new Papal financial system in place (I know it’s weak, but it’s late okay?). In fact, we won’t need any of our current payment methods because the mark will replace them all. This new global financial system will be mandatory for everyone small and great, rich and poor, free and bond to take the mark. Anyone who refuses the mark will be unable to buy or sell.

Based on a dream and a vision that I received from the Lord along with over one hundred confirmations, I believe President Obama is the first beast. I shared those in my posts, which are listed in the Antichrist category. The Lord has not yet given me any special revelations about Pope Francis being the second beast, but I have documented many reasons why he is a very strong candidate, which are listed in my previous posts in the False Prophet category.

Pope Francis is currently the only candidate on my watch list. The events taking place next week provide some of the strongest evidence yet that he could be the second beast, or at least the predecessor to the second beast. 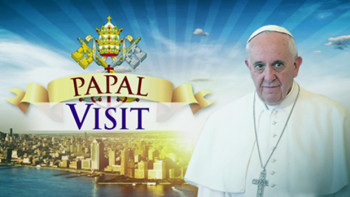 What appears to be shaping up on September 25 is an event very similar to the abomination of desolation.

In my previous post, Watch Out for Global Economic Collapse Starting in Germany September 25th, I shared a prophetic warning from a Catholic website that financial calamity will strike while the Pope is in the world’s financial center.

Even though modern Israel does not officially recognize changes to the calendar based on moon sightings, I find it interesting that the new revised date perfectly coincides with the Pope’s visit to New York City. He arrives shortly before sunset on the 24th and stays there for the full day of the 25th and departs early on the 26th.

In any case, I believe the Pope’s visit to New York is going to be a very significant event that will bring permanent changes to the world.

All the “leaders” of this world, are puppet luciferians. The satanic Jesuit, pope frankie, is close to what I would think the false prophet would be, but I think it’s someone else. I really still can’t see Barry Soetoro being anything, but what he is, a wimpy muslim banker sodomite puppet. He has ZERO charisma, no intellect & has no real power. I actually think it would be hilarious, if satan chose to use Barry as his tool to fulfill Revelations… I would be more inclined to think “it’s” a hybrid of some kind. Made with advanced ultra technology, to “house” lucifers spirit. We know they made an army of nephilim super soldiers for the appointed time, after all…I say all eyes on Syria & Israel. God bless covenant Israel. God bless you & yours greatly. shalom

I hope there is no sandstorm when Messiah returns; people could miss it, like the foolish virgins. How are we going to know when the internet goes down?

The Lord said we would know His voice & be guided by the Holy Spirit. So it’s business as usual. No worries & no fear, but fear of the Lord through REVERENCE.
EPHESIANS 6:10-20
May God bless you greatly. Shalom

Somebody planned it this way. To signal a NEW birth of the NWO (New World Odor). September is giving the signs of what is to come for it is the FIRST time a Pope is addressing Congress.
They are telling US what is coming and what is to be.

I don’t know if it has any significance, but I could not help noticing the pattern of two’s: two beasts, each beast has two primary functions, two capital cities of two different realms, two judgments leading to two periods of destruction, and two different dates for the day of atonement due to a two-day delay.

Please correct me if I’m wrong. I also wonder how you could expect any certain date considering Jesus himself said not even he knows the time, only the Father.

With respect and best regards, thank you for your service

The abomination of desolation comes at the end of the antichrist’s 42-month reign. It is the final straw that brings judgment upon him and everyone who has followed him. When he takes his seat in the temple, another takes his seat in judgment against him (Daniel 7:25-26).

Kind of off-topic, but interesting…

I stand corrected. I was not aware of the postponement. Thanks for the reply.

According to the new moon sighted in Israel the 1st day of the 7th monthwas the evening of Sept 15th to the evening of the 16th. So that would make the day of Atonement begin at sunset on the 24th and end at sunset the 25th.

Wow. I don’t know where to start, but Daniel’s 70th week was fulfilled at the time of Jesus. The scripture from Matthew 24 regarding this was fulfilled in 70 AD. Then there is the Antichrist issue. Firstly, the antichrist from Rev 13 is NOT a man. Proof is that he spends eternity in the lake of fire which a man cannot do because men do not get eternal life (1 John 5:11-12). The antichrist in Rev 13 is a beast, or eternal being. And he had a fatal wound that was healed. Fatal wounds kill men. The man of lawlessness in 2 Thes 2, well, he IS a man and he is NOT the antichrist. Proof is that in v8 Jesus destroys him. Jesus does not destroy the antichrist so they can’t be the same guy. Just saying what the Bible teaches. More at ItsHisStory.com God Bless.

Please see my previous post, Seven Proofs the Great Tribulation Has Not Happened Yet. Here is the link: http://z3news.com/w/reasons-great-tribulation-has-not-happened/

The false prophet breathes life into the image of the beast. Life is pneuma, a spirit: the spirit of Apollyon who was released from the pit. This image, or representation could be a lifeless body that fell from a head wound. The spirit of Apollyon could take up residence.

“Fatal wounds kill men.” lol… have you never heard of someone being brought back to life? Hardly difficult when God allows it as He clearly will do in this case.

The Day of Atonement starts at sun down Sept 22nd and is September 23rd. Check! Pope is meeting with Obama in Washington that day.

The true “day of atonement” happened once and for all on Good Friday, when the perfect Son of God offered Himself as the final, perfect Sacrifice. So there are no more Jewish days of atonement, and haven’t been for over 2000 years.

Somebody needs to let the people of Israel know that because they have been celebrating the day of atonement for the last two thousand years.

Depends on your theology of when the feasts are fulfilled. I’ve read both.