You are here: Home » Z3 Updates » New vision now coming forth for Z3. 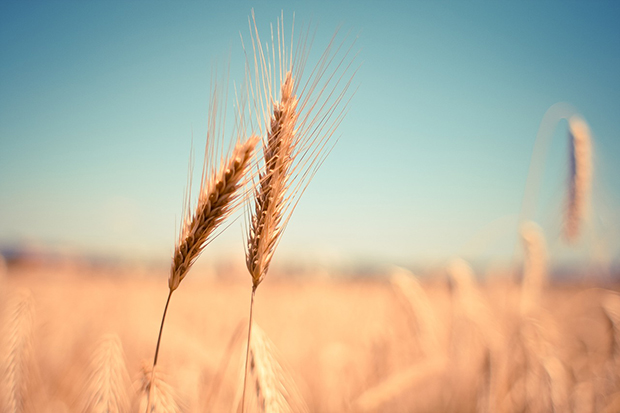 Over the past year or so, there hasn’t been much new content posted here on Z3, so there haven’t been nearly as many comments posted either. It reminds me of the parable of the grain of wheat.

Most assuredly, I say to you, unless a grain of wheat falls into the ground and dies, it remains alone; but if it dies, it produces much grain. (John 12:24)

By the end of 2018, I had become very frustrated with how much of my time was required to keep Z3 going because I knew God wanted me to write Remnant. For three years, I had been trying to do both, but no matter how much I tried, I couldn’t get the book written because by the time I took care of Z3, I was too tired to do anything else. So at the start of 2019, I posted an update explaining that I had gone writing.

In the natural realm, it looked crazy to spend years building up the site and then just walk away from it. And writing the book took way longer than I expected, six months, but even as I was writing it I knew Z3 was never going to be like it was before because my perspectives had changed so much. After finally publishing the book on the 4th of July, I tried to return to what I had been doing before on Z3 because I was unsure what this new direction would look like, but it soon became clear to me that it wasn’t working. Something wasn’t settled, so back in October, I posted an update explaining how God was birthing something new in me that required me to stop posting again due to a major shift in seasons and a new direction for Z3.

Even as I posted that update, I still couldn’t quite see how Z3 fit into the new focus and direction He had given me. It reminds me of my dream about the eagle, which I posted yesterday, Now is the Time for the Eagles, because I couldn’t quite see it, even though I was trying.

So after all this time, I’m finally seeing glimpses of the new direction, like glimpses of the eagle, and seeing how it all coincides perfectly with what He is now doing on a much larger scale, commissioning the eagles. Just in the past week or so, with each passing day, I’m seeing it clearer than ever before, which has given me a new passion for Z3 that reminds me of what it was like years ago. It’s not a return to the way it was before because it’s a whole new direction, but I’m excited about it again like I used to be.

With each new glimpse, this new vision is getting clearer and clearer. Even today, when I saw a new comment posted by Z3 News Administrator Rob Perrett, I got all choked up because it reminded me of how it was in the past when I had such a heart for Z3 and the community of people sharing here. I didn’t know if I would ever regain that passion again. I wasn’t sure if Z3 was part of this new direction, but seeing his comment confirmed to me that something new is now being birthed here.

My goal is to follow His leading wherever He leads me. So I give Him permission to totally change my plans for each day. Even if I wake up thinking I have a plan for what I hope to accomplish, if He leads me on some detours, that’s perfectly okay, as long as I know He’s the one leading and guiding me, because I want to be wherever He is. The past few days, I’ve been pleasantly surprised to see how He has been moving on my heart to post new things on Z3 again.

Glory to God! The season of going into the ground alone is now coming to an end and a new season is bringing forth an abundance of new life!

Thanks for sharing that great confirmation and words of encouragement Gary.

James,
Thanks for all your hard work and effort. Because of Z3 I have made many friends. I talk to some of them almost daily.

That’s great to hear. And because of Ed H, Z3 has gained many great insights.

James, it’s so good to hear the insights the Lord has lead you to over the past year or so, AND to be encouraged by the struggles you’ve been faced with, like so many of us have this last year. This new understanding you’ve been given of the Lords ways is going to be such a blessing to us as I see that many of us who fellowshipped for so many years here on Z3 have had to go out to ‘pasture’ in fields we were not familiar with for a season of time. And the Lord showed to me that this time we’ve spent alone/apart from Z3 was for, one- our own personal growth in hearing His voice to discern more clearly The Way to walk with His Spirit guiding us so that we have that confidence knowing we don’t have to rely on anyone else but Him/His Spirit (nor yet the wonderful fellowship and friendship we’ve built up on Z3) And two- that He sent us into these other fields spreading seeds and words of encouragement to others in the body to stir up their hearts also by way of reminder that : 2Pe 1:10 – Therefore, brethren, be all the more diligent to make certain about His calling and choosing you; for as long as you practice these things, you will never stumble; 2Pe 1:11 – for in this way the entrance into the eternal kingdom of our Lord and Savior Jesus Christ will be abundantly supplied to you. 2Pe 1:12 – Therefore, I will always be ready to remind you of these things, even though you already know them, and have been established in the truth which is present with you. 2Pe 1:13 – I consider it right, as long as I am in this earthly… Read more »

Great to hear from you Thomas-NoDoubt. It has been a while. Thanks for reminding us of the awesome vision you received. I like your interpretation a lot. The new direction is starting to come into view now. God bless you.

I thought of Z3 when I couldn’t sleep and found you’ve been posting so I’m excited to see where you are being led and to learn from it. I’ve told the dream I had of your site many times. It was represented by a large white structure where we all walked in and you greeted us with such an humble way with so much patience and love. Then we began walking to another building that was so full of green plants (life) that I couldn’t see how everybody could fit in. Some walked in easily but some, like me, had to climb down a rickety ladder to get there (still learning and growing in the Holy Spirit in a very early stage). That told me then that you are led by the Spirit and works God shows us like that are His. Blessings!

Thanks for sharing that awesome dream Donna. That’s very encouraging.

I second Gary’s sentiment expressed and consider myself one of the ‘others’ mentioned. This site and few of the other regular contributors like Lana Vawser have portrayed often times very accurate parallels with my own epic journey. Especially since I don’t participate in FaceB, this site is indeed a place to recharge and receive assistance on how to stay the course. Blessings to all.

Thanks for sharing your feedback Janice. That’s great to hear.

James,
I’m so glad to see you are posting again. I’m very thankful for all you do for the prophetic movement and the Z3 community. I’ve often wondered why things took a different direction at a time when it seemed like we were on the verge of seeing so many prophecies fulfilled.. I know God was at work.
You have been a mentor to so many of us. Thank you for obeying the voice of the Lord. I’m looking forward to all that God is going to accomplish through Z3.

Thanks for the encouragement Lydia.

I am very excited to see what God may have planned. His timing is always perfect, and his will is always for Kingdom purposes, so we stand by to watch His glory be revealed through the voice of the spirit, the fellowship of Z3 believers and the blessing of Jesus Christ the Lord! I have missed Z3 and our many discussions as we watch the end times unfold. With pestilence and the famine to follow it, plagues and deep deception, let us stand together! <3 I for one am thrilled that the Spirit is leading you back, James! Thank you for your willingness to listen, hear and act! I hereby declare the same intent for this momentous year: listen, hear, act …. and may we be given discernment always, so as not to be deceived by the evil one in any way!

Thanks Jodi. I agree with your declarations.