You are here: Home » Prophecies » I am about to THUNDER THROUGH YOU with My voice, My power and My love.” 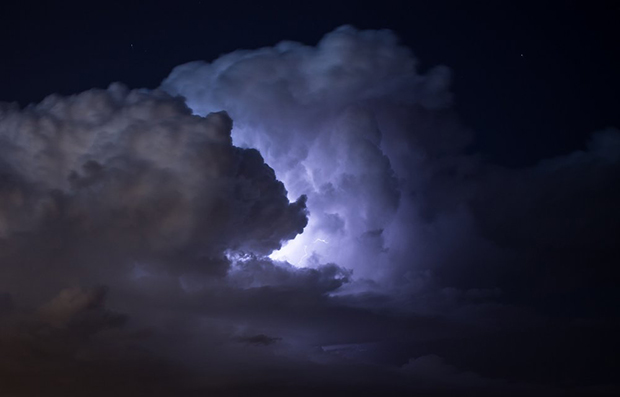 The Lord spoke to me recently and I heard Him say, “This is the season of “I never would have thought…” and the sense surrounded me powerfully of 1 Corinthians 2:9:

But as it is written: What eye did not see and ear did not hear and what never entered the human mind – God prepared this for those who love Him.” (1 Corinthians 2:9 – HCSB)

“This is why the Scriptures say: Things never discovered or heard of before, things beyond our ability to imagine – these are the many things God has in store for all his lovers.” (1 Corinthians 2:9 – TPT)

Friends, the Lord is leading you further into your destiny. He is awakening you in greater ways to who you are in Christ and who He is in you! There is a MAJOR shift taking place in the body of Christ right now where the Lord is awakening people from their slumber.

You will no longer be held back and hidden away from what God has called you to and how He wants to use you. You have met your divine moment, right now in this season where things are going to rapidly align. Where heaven and earth will collide in such a significant way, catapulting you further into your destiny. Your destiny of loving Him, making Him known, extending His Kingdom and walking in the pathways He has for you.

You have been in the hallway of waiting for so long, but now you have arrived on the runway of divine take off. The Lord said this is the season of, “I never would have thought…” because you haven’t even imagined what God has planned for your life that He is releasing you into in this season.

The way God is going to move FOR YOU and THROUGH YOU is going to be unlike anything you have ever experienced or seen.

There have been many “caged messages” within many of you. The message God has placed within you, the song that your life will sing that releases His heart and His love to the world is being broken open.

The Lord showed me there is a great outpouring that is going to take place in your life and the spheres of influence He has given you to extend His Kingdom and see His Glory come.

No longer will you doubt about how God uses you or the gifting He has given you, because the power of His Spirit is bringing such momentous awakening and activation within you that His Spirit will flow through you powerfully. Things will start to make sense in greater ways of how the Lord uses you and new ways He wants to use you.

DO NOT FEAR UNFAMILIAR TERRITORY

I heard the Lord say, “DO NOT FEAR UNFAMILIAR TERRITORY!!” For the Lord will lead you into unfamiliar places and begin to use you in ways you never thought. Gifting will arise in your life in this season that you never knew you had. These giftings and anointings on your life, the enemy has come HARD against and many have been confused at the battle, but the battle is breaking and the birthing of new giftings and anointings are coming forth.

For the unfamiliar territory that He is and will continue to lead you into will be territories and pathways of seeing the greatest displays of His power and His Glory that you have ever seen.

There will be many tears of awe and wonder at how God is using you. Everything will be impacted. Your households, your children, your spouses, your workplaces, God is bringing major reformation and you have a KEY part to play. No longer will insignificance chain you or torment you, but boldness and joy will blossom within you as He moves through you in power. So many “YOU CAN’T do that” lies will break off as you step deeper into, “I CAN DO ALL THINGS THROUGH CHRIST WHO GIVES ME STRENGTH!!” (Philippians 4:13)

STEWARD WELL THE FAVOR AND DISPLAY OF HIS POWER!!

As I watched this incredible awakening and activation taking place in the body of Christ and such major “off the charts” moves of His Spirit through His people, there were MAJOR releases of favor and open doors that were happening. God was opening significant doors, setting up significant divine appointments and releasing greater favor to see His Kingdom extended, His Glory revealed and the Gospel heralded further and louder than ever.

But in the major shift and release of favor and opportunity, I felt His heart so strongly encouraging us as His people to steward the favor, opportunity and mighty demonstrations of His power, WELL!!!

Stay DEEP in the secret place and stay close to His heart. I heard Him say “Don’t assume anything in this season, ASK ME!”

I have this sense of urgency and the fear of God in this major shift we are in, to really be living close to His heart more than ever, with our ears on His chest, listening to His heart.

We must be people who steward favor, opportunity and increase, WELL. With every door, every release of favor, with every shift, ASK HIM! It’s not a place of “asking” in fear and as a slave, we are children of God and we partner with Him in what He’s doing, but there is a GREAT NEED for wisdom.

For pride will try and trip up many in this season, and the Lord is wanting to safeguard His people, protect their hearts and see them living deeply in the place of deep dependence upon Him.

In this season of “I never would have thought….” you are going to see the heart cry continue to increase from within you that says, “I can’t do this without you Jesus, only in YOU can I do this!!”

Friend, this is a very strategic, historic, defining season in your life. God is about to do through you what you never thought would happen. He is about to show Himself so strong and do the impossible through you. The power of God that is going to flow through you is going to ASTOUND YOU!!!

I heard the decree in heaven, the Lord and the angels were decreeing loudly “GET READY TO BE ASTOUNDED”

“The enemy for so long has tried to muffle your sound, but no more. My sound through your life is about to become SO LOUD! I am about to THUNDER THROUGH YOU with My voice, My power and My love.”

Thank you Father God, thank you.

Amen Yeshua. I pray this to be.

Lord, You take my breath away. I’ll have to read this several times, just to start to understand the depth of the Author. Thank you Lana, for relaying such an astounding wealth of revelation from the creator of all things. God bless this Rhema word.

The battle has been fierce. Praise be to the Father, Son and Holy Spirit!
Thank you Lana for your loving dedication to spreading the amazing ENCOURAGING word from God the Father. I always look forward to your postings! God bless you and your family! Hope your US tour went beautifully!