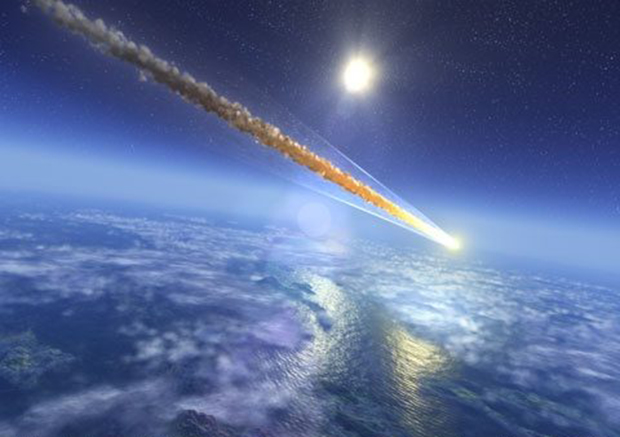 I would like to share two visions and a dream given to me over the last few weeks.

In the first vision, I found myself looking at an old outline map of Europe. The outline of the area seemed as though it had been drawn with either charcoal, or a thick-leaded pencil. However, the individual countries within Europe were not distinguished. I simply just saw the outline and the word “Europe” written within.

Suddenly a large drop of blood fell onto the map. As soon as the blood hit the paper, it began to spread rapidly, covering a large portion of the map, but not the entire map.

As it bled, I could hear the screams and wails of multitudes. I then heard the word, “pestilence.”

In my second vision, I was standing out in front of a door. In the vision it was as though it was my house, but nothing I saw was familiar to where I actually live.

I was looking up the road and noticed it was a sunny, beautiful day. The lawns were green and trimmed, and there were leaves on the trees. There was a light, cool breeze, so it didn’t seem like it was the middle of summer, but perhaps very early fall, as the leaves on the trees had not yet changed color.

I blinked my eyes, and suddenly everything changed in front of me. Everything was covered in snow…and I’m talking feet of snow. I saw people coming out of their homes in total amazement. The heavy snow bowed the limbs of the trees, as they leaned over and snapped power lines.

I heard, “It will suddenly come.”

I understood there will be places that will suddenly go from warm weather to blizzard-like conditions, and this will happen even in usual places.

Several days after my two visions, I had a dream where my husband and myself were in a car driving down a road. We headed west because the sun was setting at the horizon in front of us.

Suddenly, I saw a huge object falling from high up in the stratosphere. As it entered the atmosphere, it began to burn. As it drew closer to the ground, I could see it was a satellite. It crashed to the ground far off in the distance. My husband, who was driving the car, reached for the radio and turned it on. We heard reports that Russia had struck one of our satellites and that a portion of the country had gone dark because of it.

All my husband and I were saying was that we had to hurry and retrieve our oldest daughter who was at work. Our other two children were with us.

The dream continued with us trying to reach our daughter by phone, but not being unable to get through. We finally arrived to her place of employment, and it seemed as though no one on that side of town even knew what had taken place. As we were trying to explain the circumstances to a group of people, we heard a loud explosion. After looking around, we realized that a mall had just been bombed. But the bomb came from the air. Now, massive panic erupted as crowds of people began to pour into the streets. Everyone understood that we were under attack.

My dream ended with me thinking, “So this is how they will come…”

As with all things, take this to prayer.

this was just posted yesterday: http://halturnerradioshow.com/index.php/news/u-s-national-news/3116-breaking-news-two-planes-in-philadelphia-under-quarantine-sick-passengers

Just tweeted from Martin Armstrong: Unfortunately, it does not look like this is going to calm down. We may be headed into an Market crisis by October.
https://twitter.com/StrongEconomics

I saw the link MajMatt. I looked further down and it was talking about Turkey defaulting and David Wilkerson’s vision popped in my head.

It’s about to happen—very soon, one nation, and I’m speaking prophetically–if I’ve ever heard anything from God in my life, I heard it. Very soon a European or North African or Eastern nation is going to default on its international loan and when that happens, within two weeks, Mexico is going to default. Mexico owes $100 billion —80% of it to American banks—and here’s what is going to happen: about two weeks after the first country goes bankrupt,…

Thanks for sharing this confirmation MajMatt.

This is a dream that Deb had recently. It seems to fit here.

Darrell and I were in a park with lots of people. It was a beautiful sunny day. There was a young boy, maybe around 12 or 13 going around pretending to lay hands on and prophesy over people. He came up to me and I knew he was faking so I didn’t let him “pray” over me. He then went to Darrell and when he put his hand on Darrell’s forehead, he fell to the ground shaking and very upset because the power of God flowed through Darrell into him and it scared him. Darrell then, with his phone in his hand to record, went to other people who were there and brought them over to where the boy was and said, “you’ve got to see this”. The boy then put his hand on Darrell’s forehead again but I didn’t actually hear the prophecy. I ended up holding a spool of grass rope that had two prophecies written on it. The upper one was for Darrell, which I couldn’t read, but the lower one was for me and it said, “What you spend in the next 2 years will be what takes care of you over the next 4.” My understanding was that the 4 years came after the 2 years. We then had to leave so we got in our car and it was immediately night and storming. It was raining so hard you really couldn’t see anything. All of a sudden the rain turned to snow and there was so much snow immediately covering everything…at least 6 inches or more deep. When we were about to pull out of the parking lot I noticed something off to the front right of the car we were in and I pointed to it. I don’t know what it was but Darrell got out to check it out and I realized that it had turned back to a beautiful bright sunny day. For some reason I said that it was 70 degrees outside. Then I woke up.

Historically the bubonic plague outbreaks coincided with particularly cold and wet periods during the Little Ice Age when the people were already weakened and sick from famine. Relatively healthy, well fed people by and large tend to weather even some pretty nasty diseases. Sure the infirm and children are more susceptible which is heartbreaking but kids and sickly elderly don’t drive big rig trucks filled with food to the stores.

I found the History Channel documentary on the Little Ice Age and it covers the crop loss, the civil break down, some warfare and the disease that spread from it. It’s an hour and a half but if you can spare the time it’s well worth it.

There is that word – suddenly – again , what can cause these events suddenly ? I think the most likely from all the dreams & visions is a meteor striking the earth and changing the axel tilt which causes the EQs & volcanoes & tsunami’s & weather changes . The Earth when hit will ring like a bell & the vibration / shock wave as it reverberates thru the earth will take days or weeks to die out causing the whole earth to shake . I think it very possible this is the starting event that causes all the other dreams & visions we have been given , just my thoughts . Blessings

John,
I believe you are right. I was seeking the Lord regarding what He showed me about being here during the next 911 event (it just got posted here on Z3) and I believe what the Lord showed me is the event that will start it all. ~ Darrell

Thanks for sharing. I believe Russia will not only attack the U.S. with arsenal, but also with the use of computers, knocking out our power grids and rendering our banking systems useless. And we already know they use chemical weapons.

Mena: I would confirm what you have seen. I have had a dream of a Blizzard out of season, the Satellite falling from the sky and a dream regarding Russia. I will look through my writings and find what I can and post on my blog. Blessings, KSB

Ive posted a post earlier today about the dream i was given. Ive just find out the meaning of ISN. I was directed by Holy Spirit to google..surprisingly the search box led me to that link: https://sidroth.org/its-supernatural-network/

Thank you Lord and Mena for that word. Some days back ive been given a dream where I could see Mr. Trump questioning a man on what looks like a TV show, then I could see him screening a map in deep thoughts. Then I was asking to the host of the TV show to tell me the name of his channel cause I wanted to subscribe to it…the name appeared to be ISN or ISBN. When I turned my back to leave, I could hear the word Winter. It looks like I could understand by the spirit that something will happen during Winter! That dream was linked to another dream related to the Mark of the Beast (now that am writing this, Holy Spirit is reminding me my 2nd dream).

Please take it to the Lord for interpretation.

May the Lord our God in Jesus name, gives us understanding and prepare us jn due course for what is to happen. Amen.

Dear Mena, Dear Erin Aleshire from sparrowcloud9.com has also been given this information that the seasons will change from extreme heat to extreme cold rapidly and without warning which will cause the farmers major concern…GOD Bless You X