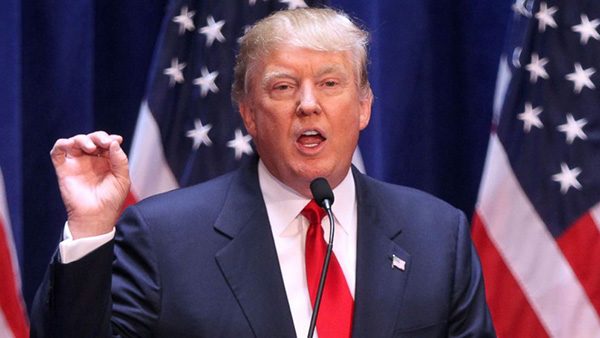 Appearing as a guest on the October 11 broadcast of Trunews.com, Pastor Rodney Howard Browne said a victory for Republican Presidential candidate Donald Trump would be a “stay of execution” for our country. Rodney Howard Browne is Senior Pastor of The River at Tampa Bay.

“This has been the theme that has been in my heart throughout the year. Back during the spring, during the primaries, my wife Susan and I were walking one evening in our neighborhood and we were talking about the election and I was just pondering things, you know, what God was doing in this election. I had this brief vision as I was walking.

At first, I wasn’t even sure if it was from the Lord or whether I just saw it and imagined it, but what I saw was a door that was going shut. And I saw a hand above throw a door stop down through the opening between the door and the door frame. The doorstop prevented the door from going shut. What immediately came into my heart was, “Donald Trump is the doorstop. He is not the man to save America. He is the man who will prevent the door of judgment from going shut and being sealed, but it will be up to the church to push that door open.” (Listen to the complete audio message)

After hearing so many warnings about the elections getting stolen or cancelled, some Christians have been reluctant to support Trump for President because they have concluded it is a lost cause and there is nothing we can do about it. Even mentioning the possibility of a Trump victory is enough to upset some believers. Rick Wiles addressed that by saying, “It will be up to the church to push that door open.”

In 2014, I received a dream showing President Obama staying in office beyond the end of his second term. I believe everything I saw will happen because it is recorded in the scriptures (Daniel 11:39). However, I was not shown any dates, so that leaves room for the possibility of a delay. I also saw a woman being put in charge before Obama finally leaves the country. I have not seen anything about Donald Trump winning, but that does not mean he cannot win. Here are four reasons why I believe it is a mistake to get too locked into thinking we already know the outcome:

This election is now down to a few possible outcomes. If we do nothing and say nothing, we are showing we don’t believe the scriptures listed above. God will hold us accountable for our unbelief and our pride. This is not a prophecy or a prediction about who will win the election. It is only pointing out the reality of who we are and the important role God has given us to play.

Donald Trump has made just about every possible mistake he can make during his campaign. His flaws are glaringly obvious for all to see, but he is our only alternative to Hillary Clinton and Barack Obama, who are both bought and paid for by financial elites like George Soros. Trump has done enough to destroy his chances many times over, yet he somehow continues in the race and even appears to have a chance. I marvel at how it is even possible for him to have come this far. It appears the grace of God is on his life and his candidacy, which still does not guarantee his victory because the outcome is up to us.

Just as Rick Wiles stated, no politician and no man can save America, but perhaps God has given us a doorstop to give us a little more time to wake up and get start advancing His kingdom. After seeing the dreadful alternatives, I cast my vote for a stay of execution. I pray God would give us the doorstop!