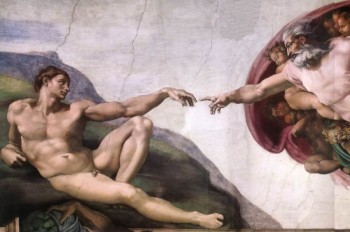 Christianity in America is about to be redefined as the church breaks out of paralyzing passivity and complacency and is transformed by a radical revolution in 2013.

That is the prophetic word from Bobby Conner, founder of Eagles View Ministries. He recently released his annual word for the year, which is called “The Shepherd’s Rod.” He says the Lord revealed to him the condition of the church in America and called on him to sound the alarm to awaken sleeping warriors out of their slumber.

“In a prophetic experience in the Spirit, I was transported by the Spirit of God into countless churches all around the nation, and I was allowed to view various congregations of saints in their usual Sunday morning services. I was saddened as well as stunned to see how bored most people were with the services. A question arose within my heart. Have we grown too familiar with God? The answer is, no not at all; it is not God we are bored and disinterested with; it is mundane, people-controlled, dry, and lifeless Church that we are jaded with.”

“The condition of the modern Church is, at best, sad and extremely troubling. Many sincere believers have accepted a distorted concept of the God of the Bible by whittling Him down to a manageable person. They refashion God to fit their own expectations and to serve their own selfish desires.”

“By doing this, we have exchanged the magnificent glory of the incorruptible God for heathen gods suited to a sin-soaked nation, gods compatible to a self-serving culture. The result has been the loss of biblical awe! The holy fear of the Lord has been lost! We have reduced our worship to programs and performances. We have heaped praise upon ourselves instead of heaping reverence, piety, and unbridled worship upon His Majesty! We have appropriated His anointing and giftings for personal use—building ministries, careers, publishing ventures, and reputations instead of His Kingdom.”

“It is sad but true; if you visit almost any worship service on Sunday morning, you will likely find a wonderful and well- meaning congregation comfortably relating to a deity who fits nicely within their particular doctrinal positions. We have constructed our own so-called god to back our own plans, visions, and social concerns. We have molded a “god” into our comfort zone—a “god” who can be explained and controlled by the carnal minds of Christians with personal agendas who have not died to themselves and the world.”

“God’s plan is to make people in His own image; however, Christians are attempting to make God into their image. The seeker-friendly, non-confrontational, Cross-removing church will not prepare the Body of Christ for the days we are facing! In our desire to become all things to all people, we have developed an unholy tolerance for things that God has no pleasure in at all.”

“In a church like this, it is no wonder that we find an absence of holy awe and the fear of the Lord! We have dared to approach the Almighty God with our many desires and needs, yet we feel no awe, no trembling heart, no bated breath, no sweaty palms, no shaky knees—no reverence. The atmosphere of most churches today—and even the prayer closet of most believers— is diametrically opposed to what we find in the Scriptures, where the glory of God filled the temple and no one could stand, where worshipers prostrated themselves before the living God.”

But there is hope for the church because change is coming this year. Bobby Conner says God is bringing abrupt changes to America that will put an end to the church’s casual, carnal attitudes. He sees the church being transformed from the current traditional format of man-made programs performing for bored congregations to an awesome encounter with the presence of God, which will result in deliverance from demonic powers and mighty demonstrations of God’s power.

“We are about to be introduced to Almighty God as the roaring Lion of Judah. God is restoring holy awe and fear to His people—and as this righteous and wholesome fear of the Lord returns to the people of God, the manifest presence of the Lord will also return. We can expect to see God reveal Himself in such magnitude and glory that the mouths of people will open wide. We can expect no less than jaw-dropping experiences.”

“He is about to come down in our midst and bring some much-needed changes (see Heb. 2:4). Crowds of people will throng our houses of worship when they discover that God is in the place (see Mark 2:1). Many will turn to Christ Jesus, accepting Him as Savior and Lord when they see His works (see John 2:23).”

“Prepare to experience God’s new things. The Spirit of God will release awe-inspiring events for His people during these days. Deliverance from the powers of darkness will take place as true worship and praise pour from the lives of God’s people. Prepare to behold exciting new things as the Spirit of God unfolds mighty demonstrations of God’s power.”

He describes a church being totally transformed as their focus shifts from themselves to God and they begin to allow God to do what He wants to do in their meetings. Church will break out of the traditional places and times and move into new venues as follows:

As a result of the hunger of the people, the presence of God will manifest in meetings in tangible ways. The healing anointing will be powerfully demonstrated in these days.

Bobby Conner does not specify exactly what events will lead to these abrupt changes. However, many other prophetic voices have already sounded warnings of a sudden financial crisis coming to America and the world in 2013.

So there are many warnings that have been given. Unfortunately, the church in America would probably not wake up without some kind of shaking, but the wake-up call appears to be coming soon.

Bobby Conner is calling on believers to join him in sounding the alarm:

“As prophetic voices, we must sound the alarm: These are not days of peace! We have no armistice with the workers of darkness! We must stir ourselves out of this stupor, as Scripture instructs us to do. We must rouse to reality and awaken.”

Personally, I welcome these changes in our churches. Christianity in America badly needs change to break out of the man-centered, program-centered services and return to God-centered services. It is sad that these things require a shaking to bring them about, but if that is what it requires then bring it on. It sounds very exciting to bring more of heaven down to the earth!