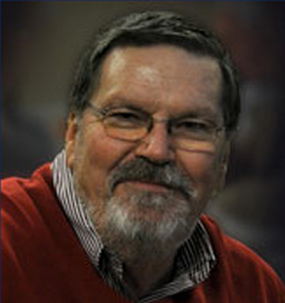 Bobby Conner is founder of Eagles View Ministries, based in Bullard, Texas.

Eagles View is a global outreach that focuses on revealing a demonstration of God’s power for the purpose of empowering the body of Christ to take dominion. Their goal is to awaken warriors to arise and contend for the true faith, advancing the King in His Kingdom.

This “Gentle Giant” is uniquely anointed with refreshing humor and razor-sharp prophetic accuracy which has been documented around the world. Bobby’s dynamic capacity to release outstanding demonstrations of the miraculous — healings, signs and wonders — reveals the very heart of the Father toward us! Surviving a dramatic abortion attempt by his mother, being rescued again by the hand of God from drug dealing and suicide, the story of Bobby Conner is a display of a man who now walks in his God-ordained destiny to set others free! Out of his deep intimacy with Jesus Christ, Bobby is super-sensitive to what the Holy Spirit is now doing throughout the world! The Father heart of God, expressed so beautifully through Bobby and his wife, Carolyn, lastingly transforms lives in every service.

Bobby has an extensive ministry background as a Southern Baptist pastor and he ministers in a high level, proven prophetic anointing. He believes his calling is to equip the Body of Christ to hear and discern God’s voice in these times. He is well loved and best known the world over for his sensitivity to and leading of the Holy Spirit. Highly esteemed as an internationally acclaimed conference speaker, Bobby has ministered effectively to over 45 foreign countries as well here in the states for many years.

Bobby has been married for 48 years to his wife, Carolyn. They have two sons and two daughters-in-law, as well as four grandchildren. Bobby was pastor of a Southern Baptist church for 27 years. He and Carolyn have been in the ministry for nearly 50 years. They have ministered in over 50 nations around the world.