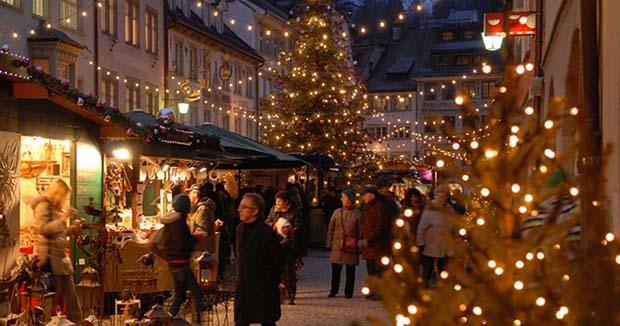 Z3er Peachey shared this prophetic dream she received a couple of nights ago.

It looked solid, like it was nailed there. On the backside of this wall hanging decoration, I saw a man’s hands reaching through to the front as he was building and weaving in an explosive device. A mix of brightly colored tinsels covered over the bomb to hide it.

The shape of the decoration was most unusual. It was a square on the bottom half, but the top half was a narrow rectangle shape; but not perfectly shaped. It looked like it was just about completed.

After I woke up, I was asking the Lord what it meant, and this is what was revealed to me. I believe the bomb represents destruction coming during the Christmas season. Just as the decoration was displayed in plain sight, this plan of destruction is being hidden in plain sight. Whatever is being planned is not good.

As I saw the hands building the bomb, I felt it was going on now, so I felt it was for this year, but the Lord did not specifically say it was for this year. I’m still seeking the Lord to confirm if it’s for this year or perhaps another year, but another point to consider is I saw a close up view of the hands working portions of the decorations, and I saw in the spirit the whole design.  I think my close up perspective indicates it is close to happening.  When the Lord reveals things in the distance, it usually means it takes place further out in time, but seeing things close up means the fulfillment is imminent.

Regarding this shape, large on bottom and narrow on top, I heard the Lord say, “Totem pole.” I believe this slang expression confirms people at the top of the totem pole will not be affected as much, as those at the bottom. Sometimes the Lord gives me words out of the blue like that because there is no way it came from my mind. So I now know the Lord has confirmed who will be most impacted.

The largest concrete totem pole in the USA just northeast of Tulsa Oklahoma (and the suburb of “Broken Arrow”).

Broken Arrow refers to an accidental event that involves nuclear weapons, warheads or components which does not create the risk of nuclear war. These include:

From the SE corner of the Broken Arrow OK Masonic lodge to the base of the conical shaped (wider at the base) Totem pole east of Foyil OK is 32.88 statute miles nearly “33”

I heard somewhere today that “broken arrow” is code for your position being over run by the enemy. I don’t know if it’s true but I find it strange that I heard the term twice in one day.

I heard it again at work 4 hours ago at work, a coworker brought up a movie he liked called “Broken arrow”

I usually don’t post as I am not always confident or sure of what I feel the Lord has shown or spoken to me but after reading this post I feel led to do so.
Approximately 2 weeks ago, in that period of sleep right before you wake up, I had a short dream or flash vision (?).
I saw President Trump from the waist up wearing a red V-neck sweater with a white button up shirt underneath it and he had a big, broad smile on his face. I knew in this dream/vision it was Christmas time and he was at a party enjoying himself. (I remember thinking/feeling how nice for him to be able to relax and have a nice time with family and friends.) Then the next image I saw was a plane flying low dropping multiple bombs in rapid succession. Carpet bombing the land. And then I looked to the left (in my dream) and was instantly blinded by a white blinding light. It was an overwhelming flash you had to turn away from. I knew a nuclear bomb had gone off. Then I awoke.
I am not sure if this is literal or symbolic dream of something to come at Christmas time, whether this one or in the coming (6?) years.
As a watchman, I pray for mercy for the people of the United States of America and intercede on behalf of our leaders- our President, our Congress men and women, and our judges. Lord, I lift up our military and first responders to you. Lord, may we humble ourselves before you and call upon your name. May we walk in your truth and righteousness and be a great, shining light to those in darkness.

Totem pole can mean a hierarchical order. Someone else made a comment on that as well. Not long ago I mentioned something to Mr. Bailey about December. We had been discussing the stock market crash, and earlier this year I was told an event was going to occur. Last fall (?) I was shown France coming under severe terrorist attacks. I just keep praying about many things. Thank you for sharing this.

I had a dream of war breaking out in a European country around Christmas time, it seemed like Britian, but I didn’t know for sure:
https://z3news.com/w/war-starting-in-europe-during-christmas-season/

Peachey- when I read totem pole I thought of one thing after another. Or one thing building on another. I wonder if it is a series of events.

Important word from the LORD, Lois Vogel Sharp, the LORD has declared the crash to happen.

Cell phone towers and their low RF radiation, have been argued by industry proponents to be safe, but what is the reality? They are now being rolled out in every neighbourhood the world over. They have destruction concealed within them. Partial evidence is how this ‘low’ RF radiation is killing trees. And a host of health complications for those living within their proximity.

Perhaps this hidden bomb on a tinsel tree will begin to be understood by Christmas this year.

Perhaps God is revealing this truth in bid to upset the plans of the enemy in regard to this totem poles witchcraft of death, guised as communication technology.

It’s hard to describe something you have no words for.

I was looking at a close up of this man’s hands as he made the bomb/Christmas decoration. This indicated to me it was this Christmas. That a man-made destrutive event will occur. It’s impact overall will be mostly to the poor, not as many rich were to be hurt.

The hands were in the front reaching into the back of decoration to make it. I was so close, I did not see the person, just his hands. When the Holy Spirit explained the shape of the decoration he said, “totem pole.” Not like a carved totem pole, as it was flat, not round all over.

It was plain looking, and was not perfectly shaped on the edges against the wall. It was fixed there. There were a variety of colors in the tinsel, typical Christmas colors, like a thin, multi-colored shag rug over the bomb concealing it, but made out of typical, inexpensive, light weight tinsel.

It could trigger a series of events once the explosion occurs.

The totem pole could also mean a place. Totem poles were originally from the Northwest tribes including Alaska…I looked them up after reading your post. I have always thought they were beautiful and while reading I lsarned they were crafted on the Pacific coast…kimmie