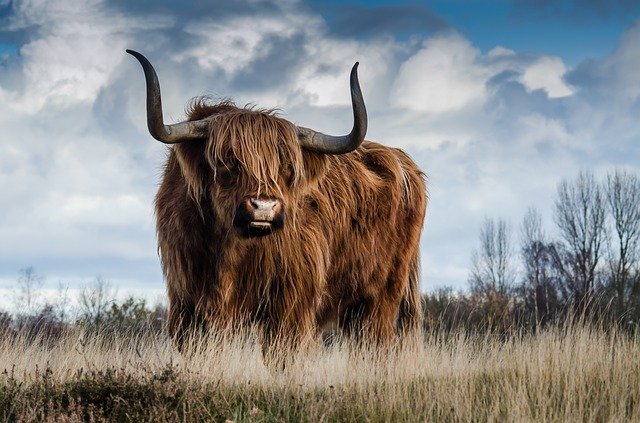 Since the green line was zig zagging, I think that shows the chart was for a very short time period, perhaps a 3-minute or 10-minute chart, because the 24-period moving average tends to smooth out when looking at longer time periods such as the 4-hour or daily chart. Since it was a fairly short line and zig zagging, I think it was showing a brief period of choppy movements in the price before it dropped lower when the green line crossed below the blue line.

I did not see any prices but was already expecting a drop to 88 cents based on my previous dream on February 5 so I took this downward movement as a confirmation. No timing was shown and prophetic insights are in the future (unless otherwise indicated in the dream) and there is often a delay before they begin, so this chart might not start immediately.

A little while later, I had another dream and again I was looking at a price chart to check on Ox coin (ZRX). I saw the price line and then I looked at the right column to see the price. I was expecting it to be in the range of where it was last night, around $1.45, but instead I was surprised to see it was over $13.

A little while later, I saw the price was $21. Then I saw a green 40.90 and while I was looking at it, I saw a tape measure lying just a little beyond it so it was above it and a little to the right side of it. Then my attention was focused on one of the numbers on the tape measure, 50, written in an extra bold black font. So I think that was showing the price going up first to $40.90 and then to $50.

That was the end of the dream, but there might be a hidden message in the bold font and black color of the 50 because black is often associated with sharp drops in market prices and the thick numbers might be showing heaviness in the price, possibly indicating a pullback after it reaches $50, but it’s also possible I’m reading too much into it.

In summary, these dreams showed a progression starting with a brief period of choppiness, then a drop, then going up over $13, $21, $40.90, and $50. I believe this confirms the $38 price that Maria Conwell saw for ZRX last year.

These insights are not a recommendation for investing but are shared here for prayerful consideration so we can each do as God instructs us.

Abra exchange also has OX listed. It’s an app you can get on Google Play

Dear James Bailey. I’ve been reading comments, but have never commented myself. I have a question about buying the crypto. In most of the dreams, values are always given in $. I presume this is mostly US dollar? Does it make a difference if I convert these values to USDT or XRP for example if USD trading pair is not offered when creating my limit orders?

USDT is pegged to USD so any variances between them should be minimal. My previous prophetic prices have rarely been turning points and even when they’re close to the turns they’ve always been exceeded by at least a little bit so there should be enough leeway there to cover the very small variance between USDT and USD.

Thank you kindly for your reply and insights. This had me worried as I was trying to find good reputable exchanges that also offer USD pairing. Most seem to only have USDT, so I’ll take your advice. Thanks for all the work all of you put into this site and sharing your dreams with believers in The Lord God Jesus.

James,
I had already set limit sell orders for ZRX at $48 because of Maria’s dream of rocket going into ionosphere (starting at 48 km). I will likely trade the spikes until then. Your dream of $50 confirms this. Thank you!

That’s amazing how it aligns with the ionosphere. Good call Marcio.

Thank you brother James for sharing the dream.
Your dream could also suggest that we can see a huge rally in Altcoins including ZRX after possible correction in bitcoin just like we saw a huge rally in altcoins after Bitcoin top of 20K in 2017. After this rally, we can expect a possible overall crypto market correction as indicated by Bold font.

ZRX reaching 50$ could mean that overall sentiments in the market must be very positive at that time (Alt season) which would drive prices of almost all major altcoins higher just like early 2018 altcoin season. If this happens, we could witness the fulfillment of a lot of dreams shared for Reddcoin, ETN and other coins by Z3 community. (Please note that I am only speculating here)

Sounds good to me. I like your historical analogy.

This is great James, thank you. Blue to me indicates the water line for Ox and the Lord told me to buy under 1$ which has been when Ox is under water. He did say to me,
“What if Ox were to go down below a dollar again before going up?” I have to admit I didn’t like this prospect, and wasn’t happy about this; but clearly your dream is a confirmation of His word. And the Lord is good and wants those who missed the first rise up another opportunity to buy Ox below the water line of 1$.

What is the best exchange

Richard,
It depends on where you are in the world and which exchange you have full access to. In the U.S., Bittrex works really well with ZRX/USD pairing.

You can also buy ZRX/USD pairing on Gemini.

I like your interpretation of the blue water line. And great to know you already heard about it dropping below a dollar.

Thanks for this word. I will ride this train to 40.50.
I remember there was a word about a year or so ago that silver would hit 12. It resonated in my spirit and I bought at 13 with 4 premium.
It.was an excellent buy.
There is nothing that can take the place of the anointing, but if God blesses us with the resources of this earth, it is surely for the advancement of His kingdom.
Good brothers and sisters in Christ, may God help us to love one another and may we help each other stay the course.

nice dream I sent you my chart