You are here: Home » Prophecies » There is about to be a POWERFUL INCREASE of freedom in the body of Christ for God’s people. 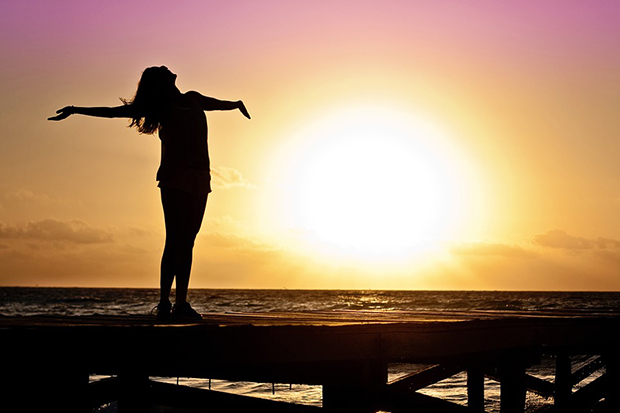 Recently I had a dream and the Lord showed me that there was a powerful move of His Spirit that has begun but is going to significantly increase in this season where there is going to be a sweeping of MASS deliverance in the body of Christ.

“He is my faithful love and my fortress, my stronghold and my deliverer. He is my shield, and I take refuge in him; he subdues people under me.” (Psalm 144:2)

As I have sat on this dream for a while and have been leaning into the Lord, I had a vision and I saw the Lord “stepping onto the scene” (lives of God’s people) like a mighty warrior.

In this season, the Lord has been speaking to me about how He is about to show up as the King of Glory and the Mighty One in battle – our Warrior King (Psalm 24:7-9) and He IS and He is going to show Himself SO strong on behalf of His people in this season. The Lord is showing Himself strong as our defender, our deliverer and the great Warrior.

The dream and vision I had was not signalling a small breakthrough for God’s people or the body of Christ, it was heralding a major shift in the body of Christ, in this season, ushering in a MASS deliverance in the body of Christ. There is going to be a major increase of deliverance in this season for God’s people. Things that have held them back, areas where the enemy has taken up camp, strongholds that just haven’t shifted, demonic oppression, torment, mental torment caused by demonic spirits and a spirit of fear, suddenly losing their hold.

In the vision, I had I saw the Holy Spirit moving powerfully through the body of Christ in such acceleration, so swiftly, yet so gently, yet powerfully and I saw people all across the body of Christ getting set free and delivered from demonic strongholds, oppression, attacks and sin. Major, major deliverance was taking place. The Lord was showing up STRONGLY and POWERFULLY. As He moved the atmosphere was testifying John 8:36:

There are going to be major increases of testimonies in this season of freedom and deliverance for God’s people. The DELIVERANCE MIRACLES are upon us in significant ways. It is not just 1 or 2 people, or “here or there”, this was a corporate move of the Spirit of God bringing MASS DELIVERANCE.

Where the strongholds, curses and oppression of the enemy has caused things to be “out of alignment” and not the way the Lord intended, through this major move of His Spirit, there is going to be SUDDEN realignment and recalibration releasing a great outpouring of restoration.

There are going to be incredible demonstrations of the power of God bringing deliverance through prophetic words in significant increase in this season. There will be signs, wonders, miracles, and I saw creative miracles taking place in greater increase as the prophetic word of the Lord is decreed and delivered. This increase of prophetic insight was being released from the heart of God and totally focused upon Jesus and the victory that we have in Him. It was not a focus upon the enemy, but a greater increase in the wisdom and discernment from the heart of God bringing radical insight and deliverance into the lives of people all across the world in Jesus name.

The prophetic ministry and deliverance are going to be operating in greater increase in this season accompanied by great signs, wonders and miracles testifying to the power of God’s Word and His decree.

The Lord gave me a word at the end of 2016 about a season of VICTORY upon the body of Christ, a greater manifestation of the VICTORY that is ours in Christ. It has been happening, but it is now SIGNIFICANTLY increasing and gaining momentum. There is MOMENTOUS victory upon God’s people and the Church right now.

THE WATCHMAN ANOINTING IS INCREASING

The Lord has shown me a lot lately that the “watchman anointing” is significantly increasing. The Lord is increasing eyes to see and discerning the strategy of the enemy like Elisha heard the plans of the King in his bedroom (2 Kings 6:12)

The Lord is releasing greater insight and strategy that is going to see the enemy lose his hold suddenly in places he has occupied for a long time in individuals lives, families, churches, cities and nations.

But the Lord is also releasing such an increase of discernment moving the body of Christ further into the position of “offense” rather than “defense”. The authority of Jesus Christ is going to be demonstrated and released through God’s people in ways we have never seen before as this great awakening takes place. The increase of strategy, warnings, and divine insight is not something to be feared, but a promise and indication from the Lord of MAJOR deliverance, freedom and victory.

BARREN PLACES SUDDENLY TURNING FRUITFUL AS THE ENEMY IS EVICTED

The Lord showed me areas in the lives of some of God’s people, families, marriages, churches and ministries that have been in a place of deep barrenness and no matter how much they press in and no matter how much they contend, this “barrenness” never breaks. The Lord showed me that in some of these areas there have been demonic strongholds and curses placed there that have hindered radical fruitfulness.

I saw the Lord sweep in like a mighty wind, the power of His Spirit came like WIND and FIRE and in different ways the Lord moved I saw these curses and strongholds suddenly breaking.

These places of intense barrenness LITERALLY changed OVERNIGHT, such MAJOR deliverance and freedom took place by the Spirit of God that ABUNDANT FRUITFULNESS manifested in SIGNIFICANT ACCELERATION in these areas. (Amos ‪9:13-15‬ MSG) The testimonies were so glorious! Testifying to the name, authority and power of Jesus Christ to bring freedom, deliverance and restoration. These barren places were no longer barren and held MORE FRUITFULNESS than could ever have been imagined. A testimony to His goodness, love and power.

In this MASS DELIVERANCE that is increasing there is going to be SIGNIFICANT INCREASE of testimonies of the BREAKING OF BARRENNESS!!!!!!!!

Does not my word burn like fire?” says the LORD. “Is it not like a mighty hammer that smashes a rock to pieces?” (Jeremiah 23:29)

In this major move of the Spirit of God bringing MASS deliverance the Lord showed me that the body of Christ is being awakened to the POWER of the Word of God. That the Word of God is like fire, it is like a mighty hammer to shatter.

I saw as God’s people were positioned in the Word, I saw the Lord breathing upon certain passages of Scripture and they were turning into KEYS and HAMMERS. The Lord was highlighting these Scriptures were the KEYS to bring the deliverance. To bring the breaker anointing. To release the triumph and victory of God into their circumstances and lives. The alignment and decree of the Word of God by faith was bringing RAPID deliverance.

LOUDER praise to Jesus Christ for the freedom He purchased for us through His death and resurrection. A greater awakening to our POSITION OF VICTORY!

Friends, if you are believing the Lord for deliverance, don’t give up hope. There is HUGE, SWIFT, MAJOR, MONUMENTAL increase in deliverance taking place in the body of Christ. A major shift ushering in the Great Deliverer – our Warrior King – Jesus, bringing greater breakthrough’s of freedom than we have ever seen.

He is showing Himself strong and it has only just begun!!

A great “day” of MAJOR deliverance is upon us! No wonder the enemy is trembling in fear! The victorious Church is ARISING!

Yes Lord!!! Please!! I receive this for my family, my friends, your people and myself!! Thank You Jesus!!

Very interesting article.
I keep a dream journal for myself and one for my husband. Sometimes we experience dreams near the feasts of the Lord (Leviticus 23). I wrote on March 26th of seeing both men and women and they all had metal clasps on each of their ankles. A heavy chain connected to these metal clasps. These were restrictions and hindrances.

Anyway, a woman sits in a chair and faces me, but is at a distance still. I don’t know, it seems everyone is sort of sad. As she is sitting, suddenly, her chain and every one else’s chain breaks in half at the same time. They were released.

I had this dream twice, and sometimes it means it will be established. We shall see.

Thank you so much for this. Several months ago I had a vision of a tremendous warrior arrayed in the Armor of God charging North with sword drawn and held straight out before him. He was moving rapidly, being blown forward at the head of a storm cloud. I was standing in my kitchen doorway and actually watched the warrior form in the cloud as he charged toward my house. At first, I thought I was losing my mind because I have never seen anything like this before. But after doing some research, I felt this was a vision about spiritual warfare and strong deliverance. Thank you so much for giving me confirmation of that on this beautiful Easter morning. I typically do not comment here or anywhere ever. But, today I am stepping out to say thank you – and to give praise to our Mighty God!

Don’t give up trying Nicole. He wants you coming back over and over. You;ve got to hard charge Him and prove you are not a quitter! You’re almost there. Don’t stop now!
Hallelujah Lana! Great word again from God. We need every word of it. Love,