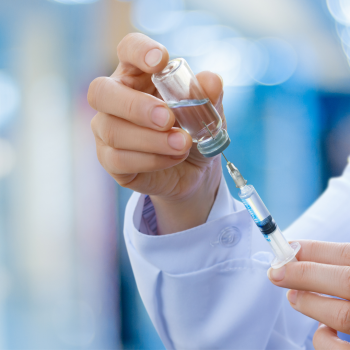 Some things you just cannot make up. There is so much overwhelming evidence that the Lord has given through dreams, revelations, visions, etc for events that have happened and will come to pass. I learned of some information from another ministry regarding the famine and vaccines almost a year ago. Which led me down a very deep “rabbit hole” of even more revelatory evidence.

A dear brother in Christ and missionary from Cuba named Augusto Perez, moved to the United States when he was a child. He clearly remembers when Cuba was becoming a communist country and his parents fled.

I reached out to him and was given permission to share as much information as possible. The date of this dream was almost 7 years ago. Now, here we are with vaccinations, food shortages and the soon coming of martial law. The writing is clearly on the wall!

“I went to bed late on that night and I was very tired.  After I prayed a short prayer, I quickly went to sleep.  Then I had one of the most interesting prophetic dreams that I recall ever having. In the dream, I was talking to a group of men about current events and the times that we are living in right now.  However, out of nowhere one of the men begins to tell me about things that are getting ready to take place in this nation.

He proceeds to explain to me that a virus is going to spread quickly in the United States in the near future until it reaches such pandemic proportions that forced vaccinations will be forced on the population. He continued to tell me that this vaccine will contain an RFID microchip in it that will become a part of the person receiving it.  He then paused momentarily, before proceeding to say in a somber tone: ‘flights leaving the country will stop afterwards, and soon after that Martial Law will be implemented’.  I then woke up shaken, and wrote it down before I could forget.”

I believe that this was a warning from God about events that may soon take place in this land.  A virus outbreak will probably take place sometime in the near future that will threaten to become a pandemic in the country.  Short time after that, vaccines will be ordered to be taken by the entire propulation of the United States.  Then shortly after that, flights leaving the country will be stopped until further notice using the plague as an excuse.  This will lead to the implementation of Martial Law in the land as there will be many riots and protests.

This will probably happen a few months before Planet X becomes visible to the naked eye and people begin to freak out as it begins to grow in size day by day.  The Elite will use this time to get into their well stocked deep underground military bunkers where they will attempt to ride out the passage of Planet X through our solar system.  When they come out from their underground bunkers, they plan to fully implement their utopian New World Order agenda and the mark of the beast system.

Luke 21:25-28  “And there shall be signs in the sun, and in the moon, and in the stars; and upon the earth distress of nations, with perplexity; the sea and the waves roaring; Men’s hearts failing them for fear, and for looking toward those things which are coming on the earth: for the powers of heaven shall be shaken. And then shall they see the Son of man coming in a cloud with power and great glory. And when these things begin to come to pass, then look up, and lift up your heads; for your redemption draws near.”