You are here: Home » News » Gun-laws » We are one event away from gun confiscation. 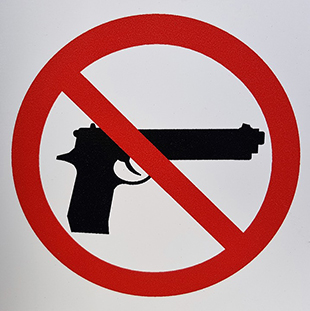 I’m telling you fellow patriots that we are ONE EVENT away from the MAJORITY, as insane as they are, of Americans agreeing that there should be a “GUN CONFISCATION”! Seem farfetched? Think again!!!

Many in power in both the House and the Senate are feeling the “heat” from liberal constituents to do something EXTREME!

Even though SANE people know that “bad guys” will never obey the law of the land….it’s NOT about THAT! IT IS ABOUT disarming “We The People” so that one day, we will be unable to defend ourselves from a potentially tyrannical government!

Not only that, but one reason that we have NEVER been invaded by a foreign nation is because they are WELL AWARE that many Americans are very well armed, and as they have said, “There would be a a gun behind every blade of grass!”

As Charlton Heston once said, and I agree, “FROM MY COLD DEAD HANDS!”

Yes they are moving hard for this! This will follow in other nations, including in Australia as the Lord told me it will be very difficult to get firearms here soon. If you do not already have a means of self-defence for yourself and your family, pray to the Lord and consider obtaining this if you are led, as He told me: https://youtu.be/mFlEmNxw69M God bless. Christopher.

Marty, You are no coward and I don’t think you are deceived so please just tell things like they are.
“potentially tyrannical government”, No sir, we already live under a tyrannical government where justice is devoid and tyranny abounds. There is no justice in this nation. There are only laws, laws that we must obey while others are given a free pass. BTW, Trump is not my leader and no congressman is my leader. They are my representatives except for the fact that they aren’t representing me or you because they ARE tyrants. Am I wrong? Respectfully, James (Jimmy) Grubbs.

The Second Amendment is to safeguard the American people against the tyranny of their own government. Founding Father’s knew this and they did not waste their time or ink when writing down the liberties and freedoms we enjoy today (although they are being chipped away and eroded by those who hate freedom for the common man and woman). Do not give up your right to bear arms. The very moment the majority relinquishes such, freedom ends and the unsavory and dastardly amongst us bring their Anti-Christ agenda fruition.

Good to have in your personal library: “The Anarchist Cookbook” and any number of the “US Army” field guides to unconventional combat, guerrilla warfare and improvised munitions.

If you need motivation, the story of The Ayalon Institute in Israel is very interesting: https://www.youtube.com/watch?v=YIMBTGeNQnY

Gary Johnson of the Gloryland Gospel Team, Gully, Mn. had a dream in which he saw men coming to his home asking if he had any guns, because ‘they were coming to take the guns away’. At which time Jesus appeared in the sky and was coming for His bride. Immediately Gary went through the roof of his house and past an airliner from which no one was leaving. He said to himself ‘They don’t know that the greatest event in all history is taking place’. As he flew past all of the stars and landed in heaven, he was shocked and said ‘Where is everybody?’ and the answer came back ‘They are back on earth playing church.’