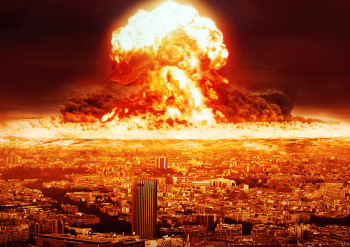 My very first vision took place on 9/11/2001. I had just moved from Washington DC area to Fort Lauderdale for a job and I had only been there for about one week. As I pulled up to the office, someone came running out saying a plane had hit the Trade Towers in NY. My first thought was, “It must have been a small commuter plane as the big planes don’t fly near the city.”

When I got inside, I realized the scope of the event. As we watched the event on TV, we saw the second plane hit the 2nd tower. Now we realized that we were under attack. Within no time, we watched as a plane flew into the Pentagon.

The Pentagon was only 1 mile from my house and I had been in there several times. I was still a VA registered law enforcement officer so my first thought was, how deep will this attack go?

I walked back to my desk to call my brother who was also active law enforcement to discuss the events that were unfolding when suddenly, I found myself floating above the City of Washington D.C. As I hovered there, it was like my eyes zoomed in on a man standing in front of the White House. He was a dark skinned Middle Eastern looking young man around 18-24 years old. He was wearing a striped sweatshirt and he had a large backpack on his back. He pulled something attached to a cord and then I saw a blinding flash. It was from my current understanding, a low yield nuclear weapon.

I zoomed back to where I was floating in the sky and I saw a small mushroom cloud in the center of DC. I could see all my friends who worked in DC and they were killed instantly, I was sitting back at my desk holding my phone in my hand that I was about to call my brother on. I immediately began to tear up and felt like I was going to throw up. I grabbed my trashcan and held my head over it for a few minutes until I felt better.

This was the first time I had ever experienced something like this. Besides being given a vision, I had seen friends of mine dying right in front of me. I was so sick and scared. When I regained my composure, I called my brother and my friends that I had seen in the vision and told them what happened. They were all in route to go home anyway, and they dismissed my story as my imagination. I ended up getting saved about 5 months later.