You are here: Home » News » Jesuit Agendas » Political News » Nigel Farage: “The European Union Has No Future at All in Its’ Current Form”
Share this post: 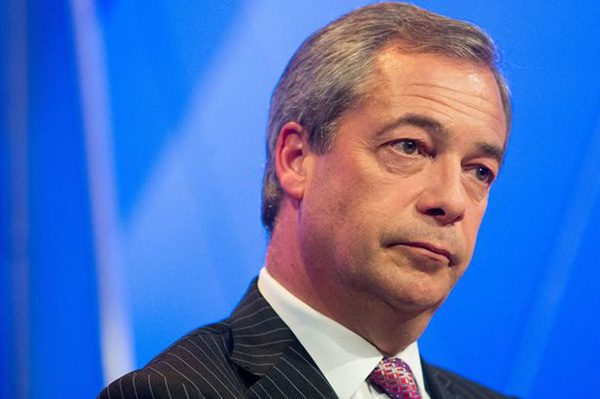 In the two-minute video below, Nigel Farage of the UK Independence Party rebukes his fellow Parliament leaders for failing to recognize the global revolution of 2016.

He gave three examples, including the successful passage of the Brexit vote, the election victory of Donald Trump, and the Italian vote rejecting their referendum. He claims this revolution will continue in 2017 with political victories for conservatives.

In a direct assault on EU globalists in Brussels, Mr. Farage stated, “A lot of citizens now recognize this form of centralized government simply doesn’t work.”

He then referred to the recent survey conducted by Chatham House, which I shared in my post yesterday, showing only 20% of Europeans want to continue allowing Muslims from the Middle East and North Africa to immigrate into European nations. He explained, “Which means your voters have a harder line position on this than Donald Trump or myself or frankly any party sitting in this Parliament.”

He concluded with this zinger, “The fact is the European Union has no future at all in its’ current form. And I suspect you are in for as big of a shock in 2017 as you were in 2016.”

2017 could be a bad year for the EU and their common currency, the euro.