You are here: Home » Prophecies » “Josephs Arise to Your Place of Prominence!” 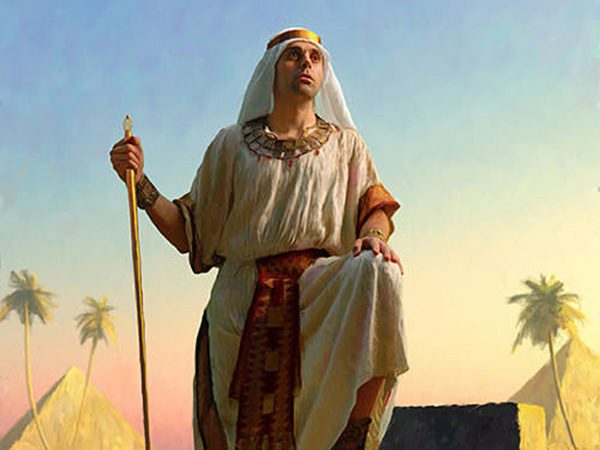 It is a time for the Josephs to arise into their places of prominence. Josephs are those with a call from God to preserve a nation through divine strategies. Joseph, by divine revelation, interpreted the dream of the king which brought answers for a nation.

God is awakening and mobilizing Josephs. God has Josephs throughout the earth who, in the last 3-7 years, have gone through the pit, Potiphar’s house and prison. God is getting ready to shift them into their palace season. Josephs are coming onto the scene in governmental positions: locally, federally and internationally.

They are empowered with divine strategies to preserve nations and bring forth God’s purpose and plan. They will be key in setting up laws and policy structures to facilitate God’s heart. It may be as small as creating a neighborhood watch and safety in local communities to something like establishing international agreements between nations.

Three Things Will Happen for the Josephs in This Season:

1. Joseph’s Will Be Remembered

“Now I remember what I was supposed to do…A young Hebrew, who was a servant of the captain of the guard, was there with us at the time. When we told him our dreams, he explained what each of them meant.” (Genesis 41:9, 12 CEV)

Seeds of serving and kindness that were sown years ago will produce a harvest of favor and influence today. It will propel them to prominence. The people who Josephs have blessed years ago will come to a place of influence and will now extend access to them.

“Then the king took off his royal ring and put it on Joseph’s finger. He gave him fine clothes to wear and placed a gold chain around his neck.” (Genesis 41:42 CEV)

Josephs will be given new levels of authority to bring righteous governing and stewardship in nations. God is positioning Josephs to secondary levels of influence to the main movers and shakers. They are being given access in order to bring Godly impact.

3. Mysteries Are Revealed to Josephs

Scholars believe the name Zaphenath Paneah means “the man to whom mysteries are revealed.” God is releasing divine revelation to Josephs to bring solutions to problems in the earth.

The Josephs are being called out of their seasons of frustration and feeling stuck into a place of prominence. To move into this new season of prominence Josephs need to let go of the pain of the past and not take on a victim mentality. They must have a mindset of victory.

The past season that Josephs have gone through was preparation for this moment of advancement and position in new authority. The Josephs are coming onto the scene. It’s time for the Josephs to arise.

Jermaine Francis and his wife Rebecca are itinerant ministers traveling nationally and internationally, speaking at conferences, schools, and churches. They have a heart to see people awakened and equipped to impact their world with the power of God. Jermaine attended World Harvest Bible College (now Valor Christian College) in Columbus, OH under Pastor Rod Parsley. He then received his Bachelor’s Degree in Theology from Christian International School of Theology in Santa Rosa Beach, FL. Both Jermaine and Rebecca are instructors of Christian International’s Ministering Spiritual Gifts series. They also serve at their local church on prophetic teams under Prophet Bill Lackie, and in various other capacities at Vision Church @ Christian International, under Apostles Tom & Jane Hamon. They are licensed ministers under Christian International Ministries Network, overseen by Bishop Dr. Bill Hamon. Visit their website at JermaineandRebecca.com.

Z3 COMMUNITY – Please prayerfully consider supporting James and his ministry here at Z3News. We all benefit from his work on this site. I believe that in the weeks, months, and years to come, this will be a gathering of the Joseph’s where we can share with each other the revelatory keys that we each will be given. We need to ensure that Z3News has our support.

hi James sent you a donation. a little bit extra for passover. Thanks for your hard work.

100% agreed. We are entering a time where we can make some good money. “Whom much is given, much will be required “

Thanks Christian, I was hoping a post would be forthcoming to support James and this site that keeps us so updated.
James responded to a request for prayer from Carol and in response to that said that he is also facing a ‘very severe financial trial’ right now.
Please take heed of this Z3’ers, hit the Donate button and bless the Bailey family. For God so gave, God is Love, Love gives. I heard Todd White say they other day that if we don’t give, we misrepresent God. No condemnation for those that cant, but so many can, amen !!
This is a lovely season to show love.

And please also lift up Carol in prayer.

A blessed Easter, and Chag seamach to our Jewish readers.

there have been a lot of “Joseph” articles, messages, prophecies, words, etc. I (along) with many others share that we are part of the Joseph movement in these last days. Could I request or recommend we have a “Joseph” tab made on Z3News.com ?

Keep up the good work!

Alex,good idea…great idea!.
It is time now…there would need to be a networking it seems of sorts for Joseph to gather..blessings today..thanks
Thankyou James for all that you have done with z3 …and a place for people to gather around your “table”…blessings to you and your family today.

A good word! God continues to release His wisdom regarding “The Joseph’s”. This is an absolutely critical element of His plan for building His Kingdom on this earth while the kingdom’s of Satan fall. Holy Spirit spoke to me in early January 2016 and said “I am raising up the Joseph’s. The date the famine begins is January 16.” We need to recognize that before the 7 year famine in Joseph’s time, there were 7 good years in which God used Joseph to store up what would be needed for Jacob’s family (Israel – Joseph’s 11 brothers) to survive. I don’t know which year the famine will begin but it is coming…

Rachel,thank you for sharing this …I know that Neville Johnson stated in August of 2016 that the Josephs were arising. Also I believe that it was 2014? that Neville said the mark of the beast would begin in 7 yrs…dont know that I am qouting that proprely,I just remember thinking lately that we only have about 4 years before the mark comes about,no man can buy or sell…..meaning the Josephs would have to be in place by then….(to save much people alive)…..So I look for the wealth transfer,persecution and all that pertains to begin now…blessings today to you.

I’m praying that the Lord will send a Joseph to our Pharaoh, Mr. Trump. All he needs is one good adviser to show him the path to save the civilized world and preserve it from self-destruction but he seems to be having a hard time finding or choosing one man of that caliber.

Delete “civilized” and replace with “developed”/”technologically advanced” etc. My mistake.

Mark, it’s not going to happen. Jesus is doing the saving as we speak and he doesn’t need Donald Trump’s help or some great adviser. He has the Holy Spirit guiding everyone who will listen.

The MSM’s weeping over the slaughter of little babies and children is from the same play book that put us into WW I & II when they accused the Hun’s of the same thing.

Both wars were caused by the satan and his bankers, trying to bring the end/Armageddon.