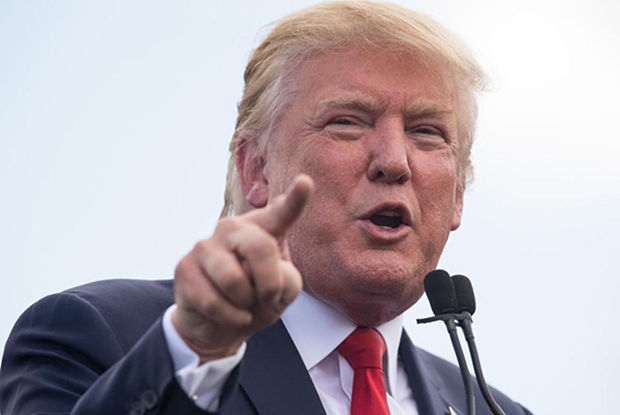 The following prophetic dream was received by Jim White. He was part of the healing rooms ministry.

Suddenly, a man came out of one of the tanks holding a megaphone and it was Satan himself. He began shouting and yelling at our President and saying,

“Had it not been for the army of my opponent praying and interceding for your victory, I would’ve won that last election. Now they’ve taken their rest, they’re not praying as they did a couple of years ago. They’re celebrating your arrival to the White House.”

Suddenly, all these demons, witches, minions, wizards, soothsayers, henchmen etc…came out of these tanks, but instead of charging the White House, they got inside people. It seemed that everyone was possessed with some sort of evil entity and standing before the White House was this massive army of demonized people who wanted President Trump’s head on a platter.

I remember saying to my wife, “If we thought these people hated President Trump before, we haven’t seen hatred and evil on the level we’re about to see it now that this massive army has been mobilized.”

It seemed like two-thirds of our nation were now under the influence of satanic powers. The persecution of true believers had become their main focus. Satan stood on top of one of his tanks and continued spewing forth intimidation and mockery along with threats, almost like a Goliath standing and mocking David in the Old Testament.

Then the earth began shaking and trembling as even more army tanks came, even bigger in size. I remember starting to feel fearful when suddenly the doors of the White House opened wide and President Trump stood there alongside Vice President Pence. President Trump also held a megaphone and he began shouting, but he wasn’t shouting back at Satan. Instead, he shouted to every single Christian throughout the world!

“Pray, pray, pray like you’ve never prayed before! This isn’t an attack on me, it’s an attack on you, the Christian! It’s an attack on every true believer in Jesus Christ. The only thing keeping him (Satan) from total world dominion is the praying Christian. Your prayers put me here now it will take your prayers to keep me here!”

Thanks to Z3er Xavier for sharing this dream.

Shield of Faith, you know how to pray. Thanks for being a doer of the word and not just a believer! GB

Thank you for this prayer straight from God’s heart. A lot of “Christians” are late to the game. They have been focused on opposing President Trump. They know who they are.

You are named well

What a mighty prayer. I agree wholeheartedly with this prayer.

According to God’s will, Amen!

I once heard an apologist answer a question on politics. I think the question was along the lines of what kind of a political leader should a Christian vote for.

Now, we all know the ideal, but that’s where we tend to get stuck in indecision, because reality is almost always less than ideal. I thought the apologist’s answer was filled with wisdom.

He answered something along these lines:

If the ideal is not available, Christians should vote for the political leader, who whether or not is a stalwart of their faith, upholds their freedom to practice their faith without fear of persecution.

It wouldn’t be a bad idea to print out Shield of Faith’s prayer and agree with him/her regularly. Of course each of us can be led of the spirit in our prayers for Trump, absolutely, but I love how SOF’s prayer covers so much ground, and I also know the prayer of agreement is power, so I’m going to print it out and speak it out, as often as I feel led. Thank you Shield of Faith!

And thank you for sharing this powerful dream, Jim White and James — talk about an exhortation to pray!

Amen, Sister Danielle. Yes. I’m so greatful we still have some freedom of speech to share these revelations; warnings; exhortations on this platform as we do now. Yes, indeed, we must pray for those in authority and for peace to prevail. I, too, believe James White’s prophetic dream as shared by Xavier to Z3’ers is on target. It IS a spiritual battle and we must be encouraged to remember WHO El Shaddai IS and how loving and merciful He is to us. That He is a gracious father and wants us to talk to and even cry out to Him. He hears and answers our prayers. Amen.

This dream was exactly what we needed to hear. God is still on the throne and prayer changes things.

Yes ,pray pray pray
I agree
Ive heard really bad words come from someone .
Ive watched him take a fake gun and shoot him
The hate towards President Trump is totally from satan .I see it.
If these people are all over and those words are spoken how many poisonous darts are in the spirit realm.
Lord Jesus fill us up with your annointing to pray and to thwart the curses the enemy has done .
No weapon formed against us (and Donald Trump) will prosper.
As we dress a babies Father
I pray you dress Donnald with your full armor .give angels charge over him lest he dash his foot against a stone.Father when we pray your words let them not come back void.
Greater is he that is in us than he that is in the world. Thankyou Jesus
We are an army of God

I will print out this prayer of Shield of Faith and pray it as often as I am able! Jim Whites dream is surely of God. Please pray for America and our president, Donald J. Trump.

sin gives satan a place to work from in a human so Father in heaven I ask that your remit all the sins of all the people you have created that live on the earth , and open their books in heaven and drop your plumbline and realign them with the plans and purposes and the hope and the future they were created to fulfill on this earth. Open their minds to conceive your plans and open their hearts and heal any brokenhearted that could have demonic strongholds on their broken parts , so they can be free to choose your plans. Break off any demonic curses or strongholds keeping them captive because your son has already come and set the captives free. Let them bump into their day of salvation and healing by your love and power . Contend with the demonic realm that has been contending against your plans God. Let your Glory Cloud blanket the whole earth and shift this planet into the realm of creative healing miracles and signs and wonders as we take back the land with your spirit leading us. Protect us as we hear and obey you and protect us from pride as you rock our world through us. We give you all praise honor and glory as you light the path before our feet and lead us in victory. Protect and appoint your leaders and hedge them in with the power of love and truth and let freedom and justice ring in this year 5779. Thank you Jesus, amen.

Reminds me of this that I just listened to https://youtu.be/-_058VDgKc8

Brother Robert Bishop: Wow! Thx for sharing the video link. (& to THINK that was evidently filmed a month ago & here we see what’s going on & how it’s playing out.)