You are here: Home » Prophecies » “Submit to Me, humble yourself under My mighty hand and allow Me to do what must be done.” 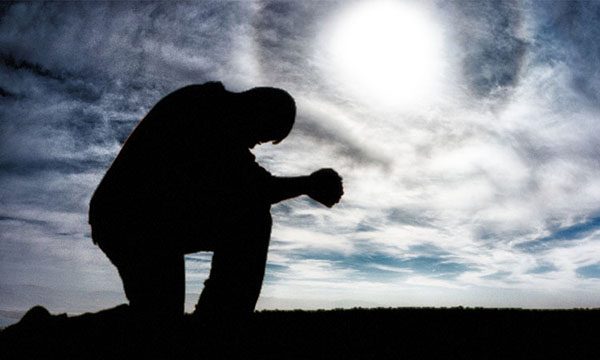 You have entered into a time of much change and you feel the effects in your lives. Others around you also feel the instability of this hour, but fear not, My people, only believe.

I am shaking all that can be shaken in this time, and when the shaking in your life is done, some people and some things will no longer be there. I desire more of your attention and focus. I desire to have time with you that has been made impossible by these relationships in your life and I will tolerate them no longer.

Submit to Me, humble yourself under My mighty hand and allow Me to do what must be done, that you may come higher in this intimate walk, that you may be protected in what is about to befall your nation, and every nation. That you may be hidden in the secret place at this time.

6 Humble yourselves therefore under the mighty hand of God, that he may exalt you in due time:
7 Casting all your care upon him; for he careth for you.
8 Be sober, be vigilant; because your adversary the devil, as a roaring lion, walketh about, seeking whom he may devour:
9 Whom resist stedfast in the faith, knowing that the same afflictions are accomplished in your brethren that are in the world. (1 Peter 5:6-9)

Glynda – What a confirming word for me! I have been “paring down” relationships & activities in the past few months but this has escalated over the past week as I have felt that I needed to prioritize my time & energy for the things that matter. It is so easy in our “overfilled world” to get pulled in so many directions that you feel overwhelmed, tired & lose out on the joy & time for the things of essence in your life.

I am focusing my schedule to spend more time with God, my family, a very few of my closest friends & work (career & helping God’s kingdom). This is a wonderful validation that my feelings & need to do this are correct for the times we are in. ☺️

Perfect timing! God is always faithful! What a loving and mighty God we serve! It’s so very encouraging to see the evidence of His working in so many lives. He truly keeps His word about never giving up. He keeps pursuing us……not willing that any should perish but that all be given the opportunity to know Him. It’s uncertain what our future holds but we can be assured by WHO holds that future! Blessings to all who listen and respond to His calling. Much love to you❤

You are doing all the right things, Expat gal!!

I can’t believe that I ran across this website ! I’m sitting here watching my children play at the park just playing with my phone. I have a similar gift with visions and dreams and His words, Glynda please respond to me this is interesting, I have not met anybody else like myself with the same gift! this is amazing.
Christine B

Christine B – There are many gifted with visions and dreams who receive words from the Lord. You are probably a “Seer,” Christine.

James I heard a word yesterday. I heard, “Brace for impact.”

Wow, that is crazy because that is also ringing constantly in my soul too. I event texted those very words to a distant friend of mine.

Thanks for sharing that Michelle.

Michelle your words have been in my Spirit all day . I was around aircraft most my life and Brace for impact is what you say just before the crash / impact . TY

My thoughts in Sunday prayer:
He does an amazing work in us, and then He steps away.
You wake one day and find: the fog of uncertainties are gone. You are refined in Him, He was here each day you thought He was away.

Thank you Glynda , in the last two months I have seen GOD move three friends and supernatural signs with each , and HOLY SPIRIT calling me to pray & war more in the Spirit . Events are so close , GOD have Mercy .

I agree John, may God have mercy.

Just today after 21 years of marriage and 5 children my husband tells me he is not in love with me. My life is an earthquake right now and shaking is definitely happening. I just can’t believe we are supposed to be apart so my prayer is that this strengthens us and puts God back in the center. All in all His will be done. I don’t understand though, I just asked again and got Phililippians 3:18 (For many walk, of whom I have told you often, and now tell you even weeping, that they are the enemies of the cross of Christ:). Wow. If this marriage doesn’t bring God in from both sides (He’s definitely been called in by me), I don’t think this will continue. Please pray for us.

Sara, after 22 years of marriage this also happened to me. But man’s adversity is God’s opportunity and I changed from being a pretty good Christian to being a radical for Christ. All things work together for good for those who are called of God. Trust Him and give Him the reigns of your life, completely!

SaraM, I am praying for restoration in your marriage

Praying for you. This is so incredibly sad to read. 😥 May God intervene in your lives and repair and restore what has deteriorated.

SaraM. praying for you to be strengthen in the love of God. Keep forgiving your husband moment by moment and that will free the Holy Spirit to work on your behalf. I can give you a first hand account that our God is in the marriage restoration business! After seven years of marriage, my husband left me and our children and said he didn’t love me and never had; but after two years we were remarried and our marriage was better for it because Jesus was the center. That was 25 years ago. Are children are grown and married and we have six grandchildren now! My husband is a godly man and an elder in our church. God is good! Remember that He is able to do exceedingly abundantly above all we able to ask or think, according to the power that is in us, to His glory! God is near the broken hearted and crushed in spirit; enjoy this time with the lover of your soul!

SaraM you, your husband and children are in my daily prayers. God bless you.

Dear SaraM, To be in love is just a feeling. Demons is attacking your husband. See in the spirit, with God’s eyes! I encourage you to hold on, don’t give up, be a strong warrior and pray for your family. In Christ these demons are under your feet. You have authority! Pray in tongues a lot. Talk to the spirit of your husband! Bless him! Loose his mind and will from the demonic influence and bind the demons. You have the victory! With love, Any

Right on Glynda, The lord gave me Heb. 12 at two AM. yesterday morning. Blessings Dave

Here is a sobering thought many may not expect, but some of the people who will no longer be there, may be our own loved ones (immediate family). Brace yourself, and be prepared to answer when God makes this request to your heart.

He makes that request more often than most probably think, and it is really tough when He does!