You are here: Home » News » Jesuit Agendas » Political News » The Greatest Time in History We Have Ever Known Has Begun
Share this post: 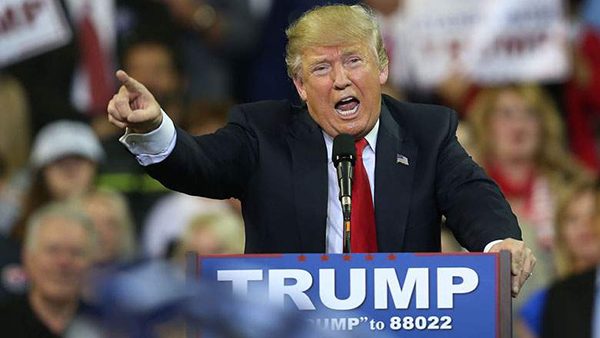 On October 19 2014, I dreamed I was in a theater with many others. I knew the last days had begun. There was an urgency to get out of the theater, so a group of us got up from our seats and were leaving, heading towards the front of the theater towards the exit door on the left. One of the women looked at me and said, “What’s happening?”

I replied, “The greatest time in history we have ever known has begun.”

As we arrived at the exit door there was a wall in front of the door. I grabbed the wall and tore half of it down. I looked at someone else and said, “It is time.”

Then one of the followers turned and said to me about the leader who was captured, “When I saw him I knew he had lots of money, lots! That’s why I followed.”

I knew he meant the leader was a very well-known person, so he thought he could trust him. He thought he would be for real.

Then the scene changed and we were all on a road walking. Suddenly, the leader who was captured came flying over a hill on the right side of the road, as if he had been thrown by someone very strong. He rolled across the road in front of us and I thought he was dead. It appeared they had killed him and wanted us to see it. Then I woke up.

At the time, I did not know all that this dream meant, but I believe I understand a part of it now.

On March 12, 2016 when we watched on television a man come up behind Donald Trump and try to grab him, and the secret service surrounded him, I suddenly just began to weep and the Lord said to me, “Pray for him. They are going to try to kill him.”

In April 2016, I was going over my notes about this dream just before going on the air on a radio program. Suddenly I thought, “Is this dream talking about Donald Trump?” I believe this was a revelation from the Lord.

The Lord told me, “Donald Trump is a man of persuasion, but also can be persuaded.” I have definitely seen this happen over the last few weeks.

The Lord has not revealed to me that Trump would be President, but only to pray for him. I still believe unfortunately that President Obama and Hillary Clinton will pull something off before the transfer of this nation to the next president.

We must continue to fight as if we could change the destiny of this land. I pray for this nation and the values of our God to return to it. I pray the moral compass will penetrate the hearts of our leaders.

I ask for you to pray for Donald Trump. As these days become more and more dangerous and criminal activity of our government is on the rise, we need to pray for those that are going against the establishment.

If My people who are called by My name will humble themselves, and pray and seek My face, and turn from their wicked ways, then I will hear from heaven, and will forgive their sin and heal their land. (2 Chronicles 7:14)

It starts with us!

Pray! Pray! And then PRAY again!!