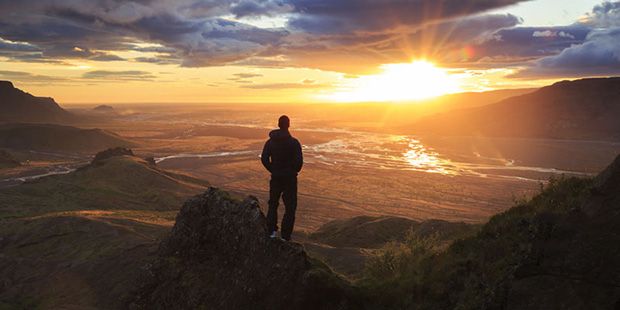 Passover has great significance as a time when God has repeatedly delivered His people, including the resurrection of the Lord Jesus Christ, but I believe Passover 2018 is one of the most significant in our lifetime because of what God is doing today.

Like the Israelites whom God delivered from bondage to Pharaoh in ancient Egypt, I believe many of God’s people today are being delivered from financial bondage as God is removing debt burdens. Like the Israelites crossing the Jordan River into the Promised Land at Passover, I believe many of God’s people today are crossing over into their Promised Land, taking possession of what God has promised them. So, I have been watching for this great deliverance and wondering why Passover came and went without anything significant happening, or at least it appeared that way until today when I received an email from Z3er Joanna.

Joanna was curious to know the true dates for Passover 2018 because it shifts every year due to the discrepancies between our Gregorian solar based calendar and the Hebrew lunar based calendar. As a result, 12 months on the Jewish calendar is 11 days shorter than 12 months on our solar calendar, which means all the Jewish holidays shift forward by 11 days each year. Without some adjusting, they would eventually get pulled into seasons where they were not meant to be. So the dates get adjusted, raising questions about which date is correct. In other words, which date is God using.

When Joanna asked God about it, He showed her a vision of two moons and a star. Then she heard, “Crossing.”

So What is “the crossing over” of the two moons representing? I asked Yah when does Nisan begin because I know our calendar is about a month ahead of Yah’s calendar. He spoke to me this morning….”Nisan 1 is April 16th for your calendar.”

The word “crossing” which He gave in the dream represents The Passover. Since Nisan 1 is April 16th, then we must count to the 14th day of Nisan and that is the TRUE PASSOVER DATE which is the 29th of April or Nisan 14. Israel is celebrating their 70 years on April 18th.

Interpretation:
The two moons represent the time between them, and the star represents Israel’s 70 year celebration. The crossing represents the TRUE PASSOVER when Yah delivered His people from bondage. Those who are “watching” as Scripture commands us to do, awaiting YahuShua’s return, understand we are in great need of our Deliverer, just as the Hebrews were in great need of deliverance. Will He deliver us during this time between the two full moons? KEEP WATCH!

Amazingly, the Bible confirms the date Joanna was given because April 29 aligns with the Hebrew calendar date, Iyar 14, which the Bible identifies as the date of a second Passover, or a second chance to celebrate Passover for those who missed it. (Numbers 9:6-12)

Iyar is the second month, following Nisan, so Iyar 14 is the acceptable second date for celebrating Passover and this year it falls on April 29. So whether April 29 is Iyar 14 or Nisan 14, either way it is still the acceptable time for celebrating Passover based on the Bible, which is amazing because Joanna’s date came by revelation, not based on this scripture. She added 14 days to Nisan 1 because God told her it aligned with April 16. If she heard correctly, and I believe she did, April 29 is the true Nisan 14, which is the true date of Passover, which means it hasn’t even happened yet, so we haven’t missed anything yet.

Given the significance of this Passover season, I’ve been watching financial markets closely because I think that’s a likely vehicle God will use to deliver His people from debt. In crypto currency markets, a growing number of people have recently shared dreams God gave them regarding a sudden dramatic increase in Reddcoin (RDD) producing a thousand fold return virtually overnight. In one dream, God revealed none of the other crypto coins were rising, just Reddcoin. Although He did not reveal dates, I cannot help but wonder about the possibility of God using Reddcoin to deliver His people during the week of Passover.

In equity markets, I’ve been tracking the formation of a large W-pattern as the fulfillment of prophetic warnings that it would appear right before a crash in the markets. I’ve been watching for this since 2016 and already posted four previous articles about it. A large W-pattern started forming on January 26, 2018, when the S&P reached its’ all time high at 2872. The pattern is so large, it’s only completed the first half and part of the second half. We’re still waiting for it to form the second bottom and then the final leg back up to the top. (It shows up best on the daily chart.)

I have posted comments recently sharing my estimated date for the completion of the W is Friday April 20, but in the last few days, I wondered if it might complete one week sooner, by this Friday, April 13, but it now appears the original date is more likely. A news report released today appears to be an amazing confirmation of the April 20 target date because after the markets close that Friday, the final deployment of U.S. forces will be arriving in the Middle East and estimated to complete their final preparations by Sunday, April 22, just in time for the markets to open on Monday, April 23, as shown below.

It is worth noting that it will take approximately 6-7 days for the group to cross the Atlantic at 30 knots, plus another 3-4 three days once it arrives in the Mediterranean, to reach Syria, suggesting a full-blown on attack may not take place until after April 22 or so. (Source: Zerohedge.com)

So, by the time markets reopen on Monday, a military conflict could be already underway. If so, it would fulfill a prophetic dream received by Z3 News Contributor Jim Reeve, which he shared in a 15-minute video posted in August 2016. In his dream, he saw equities markets rising to a high place before dropping sharply due to what appeared to be a military conflict.

If the final leg of the W completes by Friday April 20, the steep move up would be followed by an immediate steep move down, which I believe would mark the start of the three-week crash pattern followed by previous major crashes. Historically, the market takes 13 to 15 trading days after the crash begins, about three weeks, to reach the bottom.  That three-week window fits perfectly with Joanna’s true dates for Passover, which begins after sunset on April 29 and ends at sunset on May 6, putting it right smack in the middle of the three-week window. What a perfect time for God’s people to cross over to the other side.

I believe God wants to encourage His people today by letting us know it’s still not too late. We didn’t miss it. We’re still right on schedule because the true Passover is still ahead of us.

I believe Passover 2018 will be talked about for many years to come as a time when God delivered His people by fulfilling His long awaited promises. For many, it’s not related to finances, so the fulfillment will come in other ways. It’s going to look different for each of us, but regardless of how He does it, I believe we’re getting close to our Promised Land. We’re so close we can see it now.

I know for many, it’s already been a long journey and a long dark night of the soul, but God has not forgotten His promises. Just hang on a little while longer because the true Passover is almost here.

Thanks to Aaron Brickman for contributing to this story.