You are here: Home » Prophecies » God Healing Hearts of Those Who Have Endured Long Barren Season
Share this post: 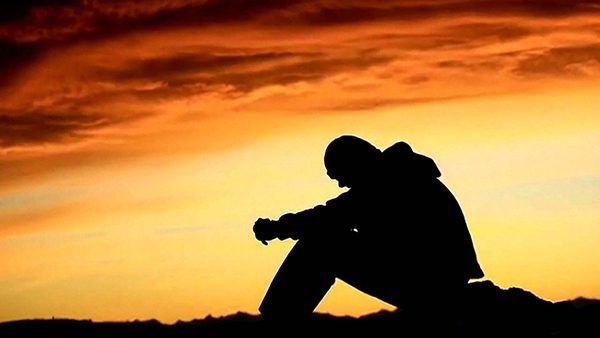 This is a continuation of the word I shared before from Isaiah 54, Now is the Time to Sing a Song of Triumph Because You Will Not Be Barren Any More. Since I posted that, I have been really feeling the Lord’s heart for the heart sore and the afflicted.

I believe the Lord wants to minister to the areas of the heart for those who have been through a season of barrenness and desolation, a season when we don’t give birth and promises are not fulfilled and we endure long seasons of contending and lack and trials and tribulations. Those seasons can take a toll on our heart.

Sometimes we feel wooed by God’s promises, but then we feel rejected by the unfulfillment of those promises. God wants to heal that rejection because it is actually not true. God has a perfect time for everything to take place.

Hope deferred makes the heart sick, but when it is fulfilled it makes a tree of life (Proverbs 13:12). It’s not really deferred in God’s terms. It is deferred in our terms.

The Lord is more interested in the state of our heart than the miracle of our promise. He wants to bring healing to the heart for this last season, which has taken a toll. It has actually in some ways even affected your relationship with the Lord. I am not speaking to everyone, but I believe there is a people out there who have really been through the mill. They have really been contending with the Lord and they have stuck through, but by the skin of their teeth.

Our heart goes through a lot during those times. Hannah was barren for so long, it got to the point where she was overwhelmed with her grief to the point where she could not take it anymore (1 Samuel 1:1-7). The toll that it took on her heart was just overwhelming. Grief is a fruit of being abandoned and it can harbor bitterness.

The Lord has called you like a woman forsaken, grieved in spirit and heart sore. It looks like there has been abandonment, like God has left you high and dry. God is calling out those roots of abandonment in this season because He wants to heal the effects of abandonment. We see others around us bearing fruit and we wonder what is so wrong with me that I cannot bear fruit?

God is saying, “That is a lie. I want to deal with those lies that the enemy has tried to trick you into believing. I have not for sake in you or abandoned you. You are accepted and beloved.”

I want to encourage you that your day of breakthrough is upon you. You’re not going to be barren anymore. You’re actually going to bear more fruit then if you would have just born it naturally.

If the video is not working, please visit my Facebook page.

Hi Anita, thank you for this beautiful word. The Lord gave me years ago those exact verses in Isaiah 54.. my husband and I have been believing for a baby for 6 years.. we are starting the process to adopt, that has been on my heart as well, to allow the Lord to use us that way. But I am still believing for a natural born child as well. I know that nothing is too hard for the Lord. I loved your explanation on timing and the story of Lazarus.. I lost my dear mom to breast cancer back in 2014, she knew the Lord so she is with Him. I miss her and the way you described a wounded heart and feeling abandoned by the Lord because His promises seem to be slow in arriving, that really resonated in my heart. I don’t think I have bitterness in my heart. I just have gone through a very tough season I felt like in January of this year of 2017 , the Lord was telling me this will be my year! So your word confirms that, I am no longer barren.! I keep saying that out loud these last few days since I listened to your video. Blessings to you Anita and thank you for being used by the Lord and sharing what He put on your heart. Thank you James for posting this. Blessings, Corrine

“For those who have been through a season of barrenness and desolation, a season when we don’t give birth and promises are not fulfilled and we endure long seasons of contending and lack and trials and tribulations. Those seasons can take a toll on our heart”.

My season seems like way more than days and weeks, but off and on for years……….She has in truth discerned this accurate word by the Holy Spirit of God……..for this describes me………but I do not really contend with the Lord, it’s the world and the devil who contend with me……..but really, how can someone know these exact words which are so accurate without first being told it to them by His Spirit? They cannot……this is was is me…God be Praised…..for relief & deliverance!

I’ve listened repeatedly to these most recent 3 messages of Anita. It is as if she opened the door to my heart and walked around in there a while. Please fulfill Your word Lord~

Thank you dear Anita for that encouraging word. I have been waiting 48 years for fulfillment of a prophecy spoken over me as a young man. Your words have given me a much needed boost and assurance that God is not through with me yet. Bless you sister

Thank you for sharing this word. This message has confirmed what the Lord has been speaking to my heart. Even the scriptures mentioned are the same.
My husband and I have been praying for a baby for over 8 years. There are days when I just want to give up…the Lord gave me a promise in a dream many years ago that I would have a baby. I just had not imagined that it would take so long for His promise to come to pass. My faith has been tried, my marriage has been tested over and over, and I have even tried to take matters into my own hands by seeking medical help. I had several procedures done but they all failed. I cant even tell you how much grief this has caused me. Now all I can do is wait for my miracle…

I would not be surprised if you get your miracle very soon. Please keep us posted.

I will! Thank you!

Fernanda, The seed of your womb is blessed! I call new life to spring forth in your body right now by the power of Holy Spirit and in Jesus’ name! Anything that tried to hinder this in the past has no power anymore because we plead the blood of Jesus over you and your husband, Amen!

Amen. Thank you for the prayer Liz!

Thank you for sharing this. I needed to hear it today. So much going on in the past couple years I don’t even have words for it. My continual hope is in Jesus because what else is there? He is life and everything.

Thank you for this word! God bless you and your family.

Thank you Anita for this beautiful word of encouragement and healing. This personally touched me as we all face this season of difficult trials, reminding us to keep our focus on our faith in HIM at all times.
1 Peter 1:7: That the trial of your faith, being much more precious than of gold that perisheth, though it be tried with fire, might be found unto praise and honour and glory at the appearing of Jesus Christ
John 14:27: Peace I leave with you; My peace I give to you; not as the world gives do I give to you Do not let your heart be troubled, nor let it be fearful.

I receive this awesome word from the LORD in JESUS precious name!