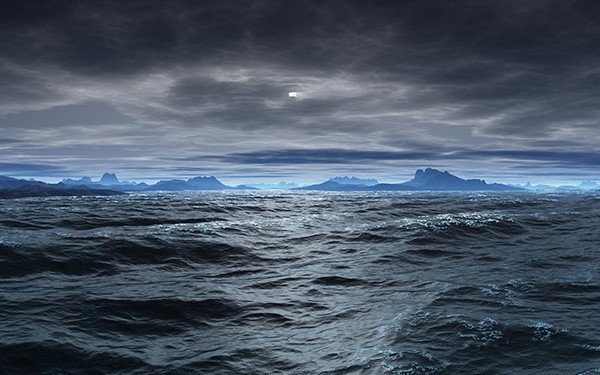 “The majestic character of a holy God rules the heavens and the earth. From sea to sea none escape My power. Such darkness, yet I rule. At My command the waves crash and the thunder roars. At My command nations rise and nations fall. I rule! And because I rule I demand obedience from My creation.

The winds and the waves obey My will, but man refuses to acknowledge My authority, My rule. Your refusal to obey has led to corrupt governments, powerful enemies and weak compromising christianity in your nation and around the world.

Beginning in January 2016 drastic changes come to the world. Those I sought to bless, now I will curse. A time of grave darkness and evil will fall upon the nations. Fear will grip hearts. Men’s minds will be unable to discern the wickedness. Lives will be forever changed by what is coming. Hearts have grown cold, idolatry has flourished and souls slip daily into a hell created for satan and his angels. Man made evil coming upon the unsuspecting among you. Nations even now plan destruction and chaos against others. Watch China, Turkey and Russia closely, carefully in the weeks ahead. America is unprepared and will be dealt a mighty blow.

“But he answered and said, It is written, Man shall not live by bread alone, but by every word that proceedeth out of the mouth of God.” Matthew 4:4

“And He said to them, ” Go into all the world and preach the gospel to all creation. He who has believed and has been baptized shall be saved; but he who has disbelieved shall be condemned…” Mark 16:15-16

I used this article in my article and video here 🙂 Thanks so much for all the great information!

On sunday Nov 29,a magnitude 5 earthquake struck Turkey. Was it a warning to turkey from Russia?

Here is a September, 2015 revelation by Pamela Rae Schuffert.
One of the 2 messages that God gave her is “Calamity is Coming to America.” She felt that this message was urgent.
See http://www.americanholocaustcoming.blogspot.com/2015/09/what-god-revealed-to-me-after-fasting.html

I taped a Benny Hinn show on my DVR from Nov.30 Monday. Benny Hinn had Brian Carn as his guest preacher. At the beginning of the show he said that God showed him that an economic collapse was coming, store shelves would become empty, (famine in the land) but God’s people would be living in Goshen. Brian Carn said to read Genesis chapter 26. Another thing he said later in the program was “The word of the Lord came to me and as we go into the new year a sudden terror was going to hit America, where people would weep for days.” I would consider this to be grave darkness coming to America as stated and it lines up with everything that is stated in the third paragraph of what was given to Ali. I pray that anyone that is not saved be preserved so that their soul doesn’t fall into hell. Amen.

Wow, thanks for sharing that Edana.

Let us pray that we are found worthy to escape the things coming upon the earth……Use discernment.not idol words.A reverent fear of the Lord is the begining of wisdom……Let us begin to use it wisely……

“Since you have kept my command to endure patiently, I will also keep you from the hour of trial that is going to come on the whole world to test the inhabitants of the earth”. Rev.3:10 May it be so .

Every one should have a plan. I like this one from Jesus:” Watch therefore, and pray always that you may be counted worthy to escape all these things that will come to pass, and to stand before the Son of Man.” Luke 21:36

I have been impressed by God that if we are truly and sincerely occupied with His business, in other words, wholly sold out to Him only, and His Kingdom, we have nothing to fear. Laborer, keep sowing, and prepare for the great reaping.

AMEN. Thank you Warren – we serve a very loving God who cares for His own. LORD’ Blessings.

This reminds me of the One Month Delay James spoke of when he wrote
“…the deadline for the event would be December 31 2015. A one month delay would move the deadline to January 31 2016.”

Whether it’s December 3, 2015 . . . the prophecy given to Eric Enz, regarding an attack on the United States by N. Korea. … or starting in January 2016 . . or even a bit later. . . REGARDLESS. . .
None of us knows our appointed day to step into eternity. May we use these prophecies to remind us to keep a clean walk with Jesus. To repent (meaning stop what we know we must stop doing). Forgive ALL who sin against us, DAILY read the Bible and spend time with the LORD Jesus and listen to/obey the leading of the Holy Spirit.

Prayers continue going up for people to call on the name of the LORD in the day of trouble. ONLY HE has the full protection and peace that we need. If we are in Christ and perish? WOO-HOO, we are in the presence of JESUS. If we live, then we are to serve others until we are called home or when Jesus returns. Either way. . WE WIN IN CHRIST JESUS . . and THAT, my friends are really “good odds” . . 100%

Absolutely correct. Thank you Linda and Dee. I appreciate your words of wisdom.

Dear children of God, lets be humbly mindful how we speak to one another. If one disagrees with the prophecy given, simply wait and see. God’s word clearly says , you’ll know if the prophecy is from the Lord due to it coming to pass. As far as January 2016, I’m not saying everything will unfold then, but things are already unfolding and intensifying by the minute! Let’s continue (or start ) to pray about all that we see, hear and converse about according to scripture. After all isn’t that what discernment is?

AMEN, Dee V.C . . . it doen’t do anybody any good to get into debates, or scoffing comments/criticism. Soon, that petty behavior will be seen as a “waste of time” (and may be a symptom of an unredeemed heart) and many will wish they worked on coming together, in Christ Jesus, while prayerfully and carefully considering what is being shared in this forum. May we EACH have a clean walk with Jesus Christ, for today could be the day we step into eternity. Are we ready?