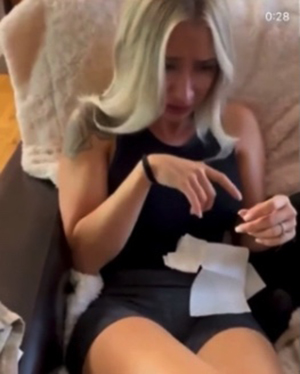 The 15-minute video shown below is disturbing to watch because it shows a compilation of adverse reactions to the covid shots, including convulsions, paralyzations, spasms, inability to think clearly, neurological damage, bells palzy, and death.

Even the CDC’s own data, which by their own admission is way understated, shows these shots have already killed and seriously injured more people than all previous vaccines combined and this is after just seven months. The latest CDC VAERS data through July 16 for the United States shows 11,405 deaths, 62,339 required urgent care, 36,117 required hospitalization, and a total of 491,217 reported injuries.

Two independent studies from Harvard Pilgrim in 2009 and Mass Brigham General in 2021 both concluded the numbers captured by VAERS is only about 2.5% of the total since most people and even many health care workers have never even heard of VAERS. Many attempted reports are rejected due to missing details such as the vaccine lot number. Yet, the CDC continues to promote these shots, claiming they are “safe and effective.”

We are under attack by evil people, Jesuits, who have sworn an oath of allegiance to exterminate all heretics, whom they define as anyone who does not submit to the authority of the pope. They are using the power of the mainstream news media to lie to us, which is why they rarely report any adverse reactions and when they do, it’s only to do damage control by falsely claiming that these reactions were not caused by the shots or if they were they’re extremely rare. The data and countless testimonies prove they’re lying.

If you’re not familiar with the Jesuit’s control over the Vatican and over the US government, please see my previous post, It’s Time to Get a Biblical Perspective of What’s Really Happening in the World. It’s time to call them out in the open and kick them out of our land.

Our silence equates to our consent so if you want to fight back please sound the alarm by sharing these warnings with friends and family and posting them on social media. There are far more of us than there are of them.

James
Thanks for posting this. So good that you publish the truth!!! I just wish more people wanted to listen to the truth.

*Appreciate ALL these health Post James. THANK YOU for the mammoth Effort you and

others put into Z3 News to warn us and give us a say. So that we can be WELL

INFORMED, we cannot say we have not been well informed & fore- warned.

All so VERY SAD.. to see these horrific effects on peoples bodies.

We have to keep sounding the alarm 📣 while we still have time. 😕