You are here: Home » Babylon » 1st Beast is Obama » “I saw devastation as far as I could see.”
Share this post: 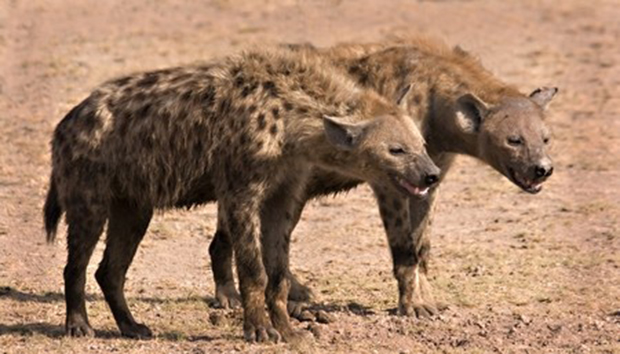 On 7-17-17, I dreamed I was looking out a large picture window out across the landscape. I saw devastation as far as I could see. I saw people going about their business, struggling through the destruction as if they didn’t really see it. I had compassion on them as I saw them just trying to go through their problems.

I started to feel that they weren’t aware the land was destroyed. To the right of me, I heard Barack Obama say, “I like that the country is secular now, it’s what I want. It works for me. It will make it easier when the time comes for people to believe in me!”

I turned to look at him and saw two dogs that were identical. They had strange markings on their fur. I wondered what kind of dogs they were. They paced back and forth as one, inside a glass window. I seemed protected from them. I thought of petting them, but a blonde haired woman in a black business skirt and blazer said to me, “I wouldn’t touch them. I wouldn’t trust them, they will hurt you.”

I then realized they were hyenas. I thought it was appropriate with all the evil laughter I heard from him for eight years. End of Dream.

I was curious to find out more about my dream, so I looked in a book entitled, “The Element Encyclopedia of Secret Signs and Symbols. From Alchemy to Zodiac,” by Adele Nozedar. What I read about hyenas was very disturbing as it relates to the Ex-President. Here is the entire paragraph:

The Hyena, the predatory hunter who seems to laugh as it hunts down and kill its quarry, is emblematic of CRUELTY and HEARTLESSNESS and is often considered to have few if any redeeming qualities. However, its prodigious sense of smell has accorded it divinatory powers, and its ability to crack tough bones with its immensely strong jaws means that for Africans who live in close proximity to it, the hyena is emblematic of understanding and learning.

A carrion eater that exists purely on the earthly plane, the hyena carries none of the symbolism of the vulture, which also eats waste, but is divine because it operates in the element of air. (So that means a hyena is lower than a vulture! my opinion) It is impossible for the hyena to transcend either the coarseness of its surroundings or the degrading acts it has to commit in order to survive. Despite all this, the hyena is considered to have magical powers, and is considered something of a magician.

Allegedly, it could hypnotize any animal by walking around it three times, it could imitate the human voice so accurately that it could cause people to leave their homes, (Hmm, hypnosis of the masses, interesting) it was believed to have a jewel in its eye that enabled it to see into the future. Witches and wizards were able to change into hyenas, it was believed, in order to travel to their unholy sabbats. (Parentheses comments are mine.)

No wonder the woman said to me, “I wouldn’t touch them. I wouldn’t trust them, they will hurt you.” Her warning was not just about the hyenas, but Obama too.

I also thought it meaningful that there were twin hyenas. Two can mean polarity, duality, duplicity and even schizophrenia. He is confusing as he is a Marxist and a Muslim. He is for the transgender personality, which really is a mental illness, and a perversion of God creating male and female and they became one.

Diane Boneck started having prophetic and political dreams the day Barack Obama was elected President of the United States. She believes we are in the end times, when God’s judgment will come upon our unrepentant nation and the world. The Lord has shown her the Muslim refugee crisis is a Trojan horse and a checkmate move by the evil ones. They will rise up when they hear the signal from their leader. He has also shown her where her family should live and how to be more self reliant.

Yes he sure is working behind the scenes. It is all staged as most of us know. Arab spring was his practice time. His real goal is to take us down. Evil.

Hyenas and lions compete for the same hunting grounds. As a result hyenas would kill lion cubs wherever they are found unprotected.

That’s interesting, just like in the spirit:
The Lion of Judah and the hyena are both after the same souls/ same “hunting ground “

Hello, and God’s richest blessings to all! I was looking into dream symbolism, concerning the aforementioned dream, and thought the following links quite useful.

http://christiandreamsymbols.com/alpha/w.html : Window-symbolic of vision, insight, or a person’s eyes, Eccl. 12:3

Definition of incognizant
https://www.merriam-webster.com/dictionary/incognizant : lacking awareness or consciousness incognizant of the danger

http://christiandreamsymbols.com/alpha/d.html : Dog-seeing a dog in a dream can symbolize ungrateful, worldly people, or evil men, Ps 22:16, Matt. 7:6. Growling dogs can be demonic sentries sent to guard things. Your pet dog may appear in a dream because you are worried about the health of your pet. Dogs may also be representative of fears about being bitten or attacked by dogs

http://christiandreamsymbols.com/alpha/l.html : Laughing-symbolic of God’s superiority over His enemies, Ps. 37:13. Laughing can also mean that you are filled with the joy of the lord. If others are laughing at you in a dream it symbolizes arrogance

Finally, the references to ‘the first beast of Rev 13 https://www.biblegateway.com/passage/?search=Revelation+13&version=KJV , which is (without a doubt) Mr Barack Hussein Obama —

Lion-this can be the devil, Ps. 10:9. A lion can also reference Jesus, Ps. 17:12. Watch what the lion does in the dream to determine the meaning. If the lion is intimidating and aggressive it is symbolic of a spiritual enemy in your life, 1 Pet. 5:8

http://christiandreamsymbols.com/alpha/h.html : Head-to dream of something being on your head can be symbolic of God’s blessing or a curse, Prov. 10:6. The head is also symbolic of a wise and honorable person, Isa. 9:15. A faceless head can symbolize the flesh and humanity

In summarizing the above, I do believe that Diane interpreted the dream correctly, when she said the following, “I believe it represents maybe both the condition of the church (spiritually) and that our country is already destroyed, but it isn’t totally obvious yet.”

Have a blessed morning, afternoon, evening, or night. ?

Diane B
Reply to  Tracey

Excellent references Tracey, Thank You so much!

Tracey
Reply to  Diane B

Exactly right. He is working to complete his first assignment, the destruction of the strongest fortress on earth. (Daniel 11:39) Then he will depart from here and go to his next assignment.

Diane B
Reply to  James Bailey

Thank You James, the picture looks right on, except their eyes looked at me all big and innocent for a moment!

James Bailey: How might this prophetic word tie in with what Rodney Howard Browne had to say a couple days ago?

Exactly my thoughts, Flattop.
I must confess to not even reading them.

Rodney Howard Browne did not reveal what the event is, but since he said it was an answer to his prayers, it doesn’t sound like it has any connection to this post.

This seems to be an analogy of the spirit of the age we are now presently living in here in America. The ruthless hyena

Another confirmation to Sister Barbara’s post and many others like Jeff Byerly. Time must be really getting close to these things happening.

Hi Diane,
Glad to read that the Lord also gave you the refuge/ark concept. In the midst of devastation (Ps. 91), He will set up places of safety and refuge for others to come to (Rev.12:6).. Things are happening fast now……
Blessings…..

Diane B
Reply to  Charlie

Yes Charlie, God has led us here He tells us to prepare our minds, body and souls. I believe we will have a refuge of safety. I have heard of many others too. God be with You.

Hopefully our country isnt totally destroyed yet, hopefully it is not beyond repair, like they say….where there is life there is hope. Then again, hope deferred makes the heart sick.