You are here: Home » Prophecies » Islamic Jihad » “There is a day of Jihad coming. Few expect it. Many will be caught off guard.”
Share this post: 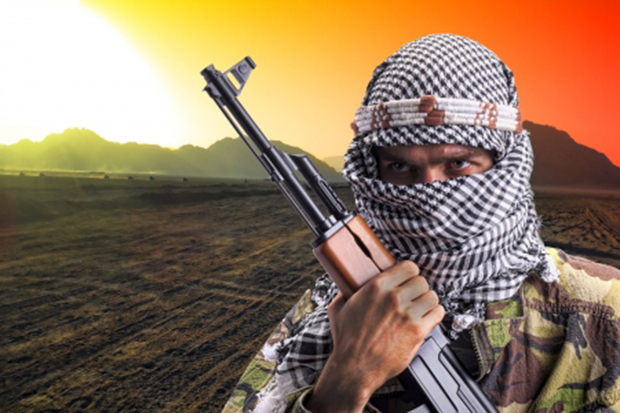 Recently, I have been having dreams about Muslims wandering the land in the US and looking for opportunities to “oppress” the women of the land. I remember feeling like one of the globalists’ plans was to have most of the men drawn into war, leaving the women to fend for the country, and the women (as in WW2), would be “working the factories”, etc., things that men had done, but if there weren’t enough men to do the job, the women would have to do the jobs to keep the country running.

Anyway, I had several dreams recently of being the person in charge of my family, and I knew when I was confronted by these Muslim men what they wanted, and I knew I (and God) was the only thing standing in between them and our children. We are living in serious times, and the last administration has allowed many nefarious people to enter this country in preparation for the “diminishing” or “takedown” of this country, but God has allowed it, because of all the sin and the Church being asleep or too caught up with materialism or other idols.

At any rate, a few years ago, I dreamt I was a reporter or journalist, and I knew there was going to be a big announcement by a prominent Muslim Imam at a well-known large university with red brick buildings. In the dream, I woke up the day the announcement was going to take place, and I knew I had to get over to the University, because I knew the speech was going to be very important. So, I rushed over and went to the grassy courtyard in the center of the University campus between several large buildings, where the Imam was going to speak. A blanket had been put out for the Imam to sit on. It seemed the speech was going to take place at noon. I hurried past a man in a turban and toward the blanket where I knew the Imam was going to speak because it was getting close to the time of his announcement.

I got right up to the blanket/rug, so I could get very accurate information when he spoke. I was one of the first press people there, but the man in the turban, whom I had passed, was irritated and came over to me and scolded me because I was a female and told me I had to back up 20 yards from where the Imam was to be seated.

I was surprised, but I backed away the distance he said. I knew the Imam was going to call for Jihad against the U.S. and demand every Muslim in the US rise up and kill those around them and take dominion of the country. I also knew it was pretty close to the END of the age, which alarmed me very much because I knew many people were not ready and would be taken by surprise.

The dream ended as the Imam came out and sat down, and I knew I had to go warn people, but I wasn’t sure how or where…END OF DREAM.

“There is a day of Jihad coming. Few expect it. Many will be caught off guard. PREPARE, PREPARE, PREPARE! HIDE IN ME! Don’t be afraid. Trust in Me. Learn to be sensitive to My ways and My leadings.”

“Every place in this land will be touched. No one will be unscathed or unaffected. Brace yourself for what is to come. It’s that DAY OF JIHAD COMING SOON!!”

God, help us all. Let us pray in agreement for people everywhere to wake up and see the truth, that JESUS CHRIST IS KING OF KINGS AND LORD OF LORDS, AND NOW IS THE DAY OF SALVATION. JESUS IS RETURNING VERY, VERY SOON!!