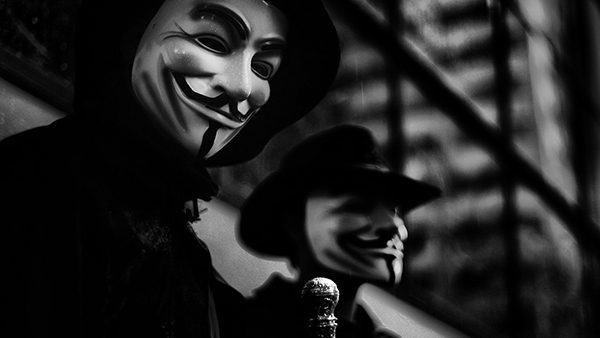 Treacherous times are upon you, My children, and what is coming will be far worse. The darkness and evil that awaits those who are not saved now will be worse than Hollywood’s darkest horror film, for Satan’s wrath shall be upon them.

The Door of heaven is soon to be closed and the grace upon My people shall be reduced. Everyday life will be more difficult and you will strive to keep your faith alive as everything in the earth changes. Much treachery will be revealed, but much will be kept hidden.

Know in this time that what you see is not what is. Darkness lurks behind the governments you trust. Much evil is planned and will soon be released. Snares will be set for My people as the enemy’s plans are unleashed. Many who are Mine will die in this time and come home to Me, but this is My mercy on them. Those who are lukewarm will be left on the earth that their faith may be refined.

Guard your hearts, My children, for evil abounds as never before. Be careful when you think you stand, lest you fall and lose your faith.

Revelation 12:11-13
11 And they overcame him by the blood of the Lamb, and by the word of their testimony; and they loved not their lives unto the death.
12 Therefore rejoice, ye heavens, and ye that dwell in them. Woe to the inhabiters of the earth and of the sea! for the devil is come down unto you, having great wrath, because he knoweth that he hath but a short time.
13 And when the dragon saw that he was cast unto the earth, he persecuted the woman which brought forth the man child.

Matthew 25:7-13
7 Then all those virgins arose, and trimmed their lamps.
8 And the foolish said unto the wise, Give us of your oil; for our lamps are gone out.
9 But the wise answered, saying, Not so; lest there be not enough for us and you: but go ye rather to them that sell, and buy for yourselves.
10 And while they went to buy, the bridegroom came; and they that were ready went in with him to the marriage: and the door was shut.
11 Afterward came also the other virgins, saying, Lord, Lord, open to us.
12 But he answered and said, Verily I say unto you, I know you not.
13 Watch therefore, for ye know neither the day nor the hour wherein the Son of man cometh.

“The veil that has hidden the sin of this nation has been lifted, her nakedness has been exposed! In My balances of Righteousness, she has been weighed and she has been found wanting. Yet she refuses to admit her need of a Savior. Blinded by her lusts, she longs for more!

There has been no repentance seen from Heaven, yet My church walks in pride as though she is in a parade; see – look what we’ve done! We’ve changed the White House, while she tends to My House, treating it like a whore house! Full of idolatry and sin, she attempts to blend in to the world! ENOUGH IS ENOUGH, the shaking will come and many will find Me when it is done! Laugh and scoff at these warning; but soon the sound of mourning will be heard!”

To hear this message got to our website
http://www.ignitedchurchlife.com

or view it by going to our YouTube channel

Thank you so much, sister Glynda!

Thank you Glynda , very sobering word . When the trigger event happens ( whatever it is ) I believe things will happen quickly , each event triggering the next in rapid succession .

LIKE DOMINOES !!! ONE RIGHT AFTER THE OTHER !!! THE EVENTS WILL BEGIN AND ESCALATE THIS SPRING SEASON !!!

“For I determined not to know any thing among you, save Jesus Christ, and him crucified” (1 Cor. 2:2). Thank you for your message Glynda. In these days, it seems to me that if everything seems to go well exteranlly in my home,for reasons that escape me, the spiritual atmosphere is very heavy, and family relationships so difficult, without apparent reasons, to the point that sometimes I can just cling to this one truth of faith: “Jesus Christ and Jesus Christ crucified”. No doubt, in the future, this thought will sometimes be our only lifeline in incredibly painful times. We will be obliged to leave our “comfortable theological ideas”. Everything will seem to collapse. It will perhaps simply remain this simple truth: “Jesus Christ, and Jesus Christ crucified.” There will be no need to ” know ” anything else.