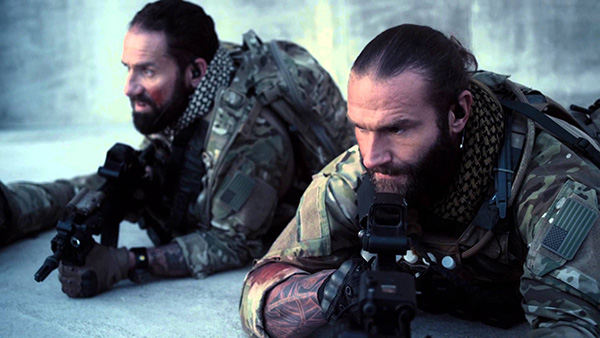 This dream is difficult to explain from a natural perspective but I really understood what was happening and just knew certain things.

It began in a covert location where I saw a team of about 10 high-level elite military soldiers, like Navy Seals or Recon. I knew they were good guys, active military and true patriots. The location was like a dark top secret airport hangar. These good guys had broken in to find out what the bad guys, basically the federal government was planning. What they saw was angering them and they were grieved, but they didn’t seem all that surprised.

In this hanger were very modern and highly sophisticated staging sets, like you might see when people do filming for a TV show or movie. What made this odd however was there were several rooms with the same staging, almost identical. The only thing different was there were certain things shifted in each room that was different than the others. Each room resembled a mock crime scene.

I knew each of these rooms represented a false flag plan. They all represented the same plan, but it was as if whoever was orchestrating this was planning it to such a minute level that they were using these life sized dioramas to look at every nuance and angle of what they were planning. I also knew that each of these scenes also represented an official story, kind of like a staged crime scene. This fits into what we have been seeing for a while regarding official stories and how they are presented to the public.

Then the scene shifted suddenly when another larger group of elite bad soldiers came rushing in. I knew the good soldiers had been set up. There was a brief fire fight where two of the good soldiers were killed and another was identified as the traitor who had informed the bad guys that they were coming. He was the Judas.

I knew the reason why the traitor had made a deal with the bad soldiers was because they had threatened or taken his family hostage.

Although this can have some very symbolic meanings, I believe there are literal aspects to this dream and we need to really pray for the good guys that God has placed in the military, in government, and law enforcement and keep them and their families covered.

Casey Toda was radically saved by Jesus Christ over 10 years ago and his life has never been the same. His passions are to pursue the Heart of God in intimacy, worship and knowing Jesus as the Bridegroom during these end times.

I believe you. The fact that Lucifer is releasing his demonic followers from the bottomless pit led by Apollo, as they preparing to take over our coutry. I told God to please send an angel to warn us and lead us to Canada, me, my UncleLonnie and Aunt Janet. I know that we are in the last days.

Thank you for your thoughts and feedback. I did receive these dreams from the Lord and I shared them both with Steve and James. I apologize for the mix up and any confusion. God is showing us what is happening so that we can pray strategically and co-labor with Him as His faithful intercessors. Just ask Holy Spirit how to pray and He will always be faithful to show/tell us how He wants it done. God Bless you all so much!

Jim Bakker recently revealed a dream on his show http://www.jimbakkershow.com that he saw a reinstatement of the draft. He said he saw young people crying because they were being forced to go to war. This makes sense to me. The anti-christ has decimated and demoralized our military, forced our best leaders out and left us with reprobates, allows gays and lesbians to openly serve and believes women on the front
lines is a good thing. Anyone who has ever served in a combat unit, knows it’s not. So a draft reinstatement sounds feasible. Plead the blood of Jesus over your kids CONSTANTLY! Hope and pray, (if you are unable to leave the US) that your kids don’t get drafted by a corrupt government to fight in a war they won’t understand or believe in.

Katie it was amazing how God worked it all out for good. My mom recovered from her stroke and she can even drive with my dad in the car now. They found out that the lump that they removed from me did not have Cancer. Praise God. And there were enough people who know me and my kids to testify on our behalf. People don’t always understand the gift of dreams and visions. Actually Child Protective services sent a woman who stores food too. We actually got along very well. Of course it made my heart sad to think that a person would do this, but God worked all things out for good for us. I knew nothing was going to come of this because God showed me in advance in a dream that our enemy would be defeated. God watched over us. We are Gods soldiers too. We need to pray before we share a dream with people.

That is AMAZING. Praise the Lord for his healing and deliverance! Wonderful!

I shared a dream that God gave me with a few church people and encouraged some people I know to store up food because I was told a famine is coming more than once in a dream. The person that I shared this information with called Child Protective services. God showed me they were coming in a dream ahead of time. He showed me that everything would be ok. This Judas did this right when my mom had a stroke and right when I got out of the hospital from having a lump removed because the Radiologist said I had cancer. The Child Protective officer wanted to see my food storage and they said that someone questioned my mental status because I have dreams. I simply said, “I believe every word in the bible.” In the bible God gave people dreams. I said last I heard we have freedom of religion in the U.S.A. This person said I keep my kids isolated. That was crazy because my kids were in youth group, singing, dancing, sports, Actors, Models and Talent for Christ, Plus a home school group with other parents. Alex Jones kids were in our school. My daughter taught the younger kids to read. Plus my kids helped feed the homeless in the community and my daughter sang at the nursing homes in the community. My kids were not isolated. Thank God I had loads of pictures, but this was terribly mean of a person to do this when I was sick and dealing with my mom having a stroke. People can be very cruel. The case was dismissed. Sometimes people do not understand our dreams. But God saved me and my kids. I pray that no weapon formed against any of us and our kids will ever prosper. I pray Psalm 91 over all of us. Who ever did this and there were not many people that I told so I know it’s one of them. I forgive this person. Jesus protected us. God protect us all and protect our families as well. Protect all your good soldiers God.

Laura, that is absolutely the most horrible thing to go through. Praise the Lord he kept you and your children protected in that situation. I am so sorry that happened to you and that you were also going through such hard times with your health and with your mother. That truly is a sign of the times and to have to defend yourself against that. Ugggh horrible. I’m glad you are ok and no trouble came from it because in this day and age that could have gotten tricky. God Bless you Laura.

Sometimes it’s hard for people to understand the gift of dreams. Which God 100% gets the glory for not man. When God shows you that a very evil man is going to hand the eagle over to the bear and that the bear is going to pluck the feathers out of the eagle and sink it’s teeth into the eagle and rip the eagle apart that sounds crazy to some people. But those people who know me have watched what God said come to pass. Once I dreamed that I was filling my car up with gas and a bridge broke. My friends said that is never going to happen. They were in shock when it happened just like God showed me. I was headed to Rod Parsleys camp meeting with my kids and as I stopped to fill my car up with gas the bridge broke in Pen. and it was announced over the radio. People called me in shock. I take what God shows me very serious. Truthfully I did not see us stopping the Russian Bear. I saw that happening. I wish I could say that I think prayer will stop it, but I can’t. God shows me when an event can be stopped through prayer. I always pray hoping maybe things can be stopped. I saw a very evil group of dangerous men robbing houses and I saw that if we prayed they would be arrested and thrown in Jail. My friends and I prayed. A friend of mine called me on the phone and told me when they caught the thieves. They had robbed over 800 homes in my neighborhood and in my sisters neighborhood in Austin. The guys were flying in from Florida. They were caught and arrested and the goods were found and I think they were returned. I saw a cobra snake in a dream and that really freaked me out. Not long after the dream this article appeared in the paper in my town Austin, Texas. My dreams happen just as God shows them. I take them very seriously. http://www.khou.com/story/news/local/animals/2015/07/17/missing-cobra-in-austin-found-dead/30283715/

I pray for perfect unity and love in the body of Christ in Jesus name.

I agree in Prayer, Laura. Amen.

There are a lot of changes going on in the military right now. One of my brother-in-laws just retired from the Green Berets having witnessed how politics is changing the elite forces. He says the physical requirements are being eased to allow for weaker men and women to qualify and there’s a lot of mix up between who they call “bad” and “good.” I am grateful that he and two of my brothers–101 rangers–all got out recently. Only one brother is still in the service as a doctor. Prayers for all the good people serving.

Check out Sid Roth. He is talking about a new DNA super Soldier. This is very creepy. I pray Psalm 91 over all of us and our kids in Jesus name. http://donate.sidroth.org/site/PageNavigator/ISN.html?src=ElijahEmail022516

Matthew & Katherine , thank you for pointing that out – sharp eyes . Blessings