You are here: Home » Prophecies » Islamic Jihad » Christian Woman Given One Week Stay of Execution by Muslim Jihadists
Share this post: 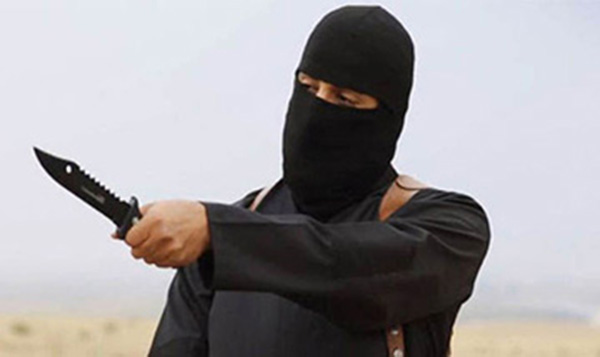 My second jihadist dream occurred on 11-12-15. I was at my father’s birthplace, across the orchards from where I grew up. ISIS came for me. As in my first dream, they were dressed in black and wearing ski masks, as we see in all the videos they release.

I begged them for another week to get myself prepared before they beheaded me, or crucified me, or whatever heinous form of death they had planned for me. Imagine how surprised I was by one young man’s mercy toward me. He said, ok, we’ll be back in a week.

I figured seven more days would give me a chance to find a safe place. But the week came and went – and guess who didn’t get prepared.

So they returned in exactly one week to carry out the execution. My only thought was to try and flee, run to the house where I’d grown up – if I could find an inconspicuous way to escape. Either get real creative about it or die at their hands. I thought about trying to take the back path toward my homestead, past where the orchards had once stood, if only I could pull off the escape.

Jihadists Sent by Our Government?
These men looked like jihadists, but upon waking from the dream it occurred to me that they could have been U.S. government agents in disguise, given the humaneness of granting me that extra week to prepare before my execution. Yet I wasn’t certain. It’s bad when you can hardly distinguish between jihadists and your own government agents in waking reality.

After all, the U.S. is funding these terrorists, according to credible reports. Not to mention John Kerry’s recent confession. They could have been sent by the Obama regime, as Christians and patriots who resist tyranny are being targeted here in our land. We are the ones called “extremists” – as good is now called evil – and the persecution is ramping up by the day. We are now deemed enemies of the state.

We Have Already Been Invaded
In interpreting the dream, my impression wasn’t that my father’s literal birthplace would be invaded, as his land is out in the middle of nowhere and terrorists tend to attack metropolitan areas, but that our homeland has already been invaded.

This bizarre and disturbing news was disclosed after an investigation of the agency found that “DHS continues to fail inspections aimed at determining the efficiency of its internal safety mechanisms, as well as its efforts to protect the nation.”

Can anything be more ironic than terrorists on the watch list working at the Department of Homeland Security? Talk about cosmic humor. The One enthroned in heaven laughs; the Lord scoffs at them. (Psalm 2:4)

On Being Prepared
As horrific as this reality is, there is yet a worse scenario. When they came to execute me, I needed more time to prepare. What could be worse than not being prepared for your death?

The main thrust of the dream wasn’t the jihadists coming to execute me. Or even our corrupt government funding terrorism and bringing in more Muslims than we can handle and turning our nation into Germany. The crux of the matter was my need for more time to prepare.

Every one of us has unfinished business we’d like to accomplish before we meet our maker. Not a soul wants to die with his music still within. But we live in a world so distracted from reality that few will fulfill their destinies before meeting their end.

Each of us has a call on our lives and, generally speaking, that is to bear much fruit. I always wanted to be one of those 100-folders, never content with a 30 or 60-fold return. (Matthew 13:8). I want to hear my Beloved say to me on that day, “Mission accomplished. Good work.”

Yet I tend to procrastinate as though time has no limit. God has given me numerous assignments that have been meet with postponement – as though my motto is, “Never do today what you can put off until tomorrow.”

So needless to say, that dream was a wakeup call (for all of us) urging us to get on the stick and finish our homework. When God wants to get your attention he doesn’t hold back on shock value – and facing a jihadist in a black ski mask is a shocker.

How Are You Preparing?
It’s one thing to be prepared in the natural for tribulation ahead. Anyone can be a doomsday prepper and stock up on physical supplies and hoard ammunition. Anyone can hide in the woods or in a cave and wait for a showdown with ISIS or government agents. Anyone can slip out of the country (at least currently).

Yet there is no safety here or anywhere else. Christians face grave danger. The beast isn’t going away. The beast is only growing stronger by the day.

Praise God we know the Rock of Ages. Cling to Psalm 91. Stay in the secret place and abide under the shadow of his wing. Trust that no matter what terror we face, what plague or storm may come our way, we have a refuge in Him.

But even if he allows us to go through the fire or the flood, still he is with us. The eternal words of Corrie Ten Boom, Dutch resistance member and holocaust survivor, who knows a thing or two about suffering, will always remain in my heart:

“There is no pit so deep that God’s love is not deeper still.”

How are you preparing for the trouble ahead?