You are here: Home » News » Jesuit Agendas » National Security News » “My Children, Prepare for the War Coming to America”
Share this post: 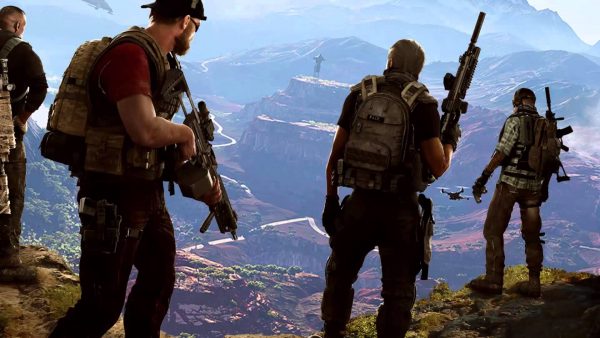 My children, prepare for the war that is coming to America. This will not be a war fought in other countries, but a war fought in your own streets. You will see many you know die before your eyes.

There is dissension brewing in the heart of America, and it will soon boil over. America, though greeted by smiles, also has many enemies. The combination of the two shall be her downfall.

My people are not ready for war, for they hesitate even at using the weapons I have left them in My Word. They are a people faint of heart, unaccustomed to seeing bloodshed, and not courageous for battle.

My people, do you not know I am a God of War? Do you not know I am coming back for the final battle against all evil? Why then do you shy away from the battle before you? Why are My churches filled with smiling imposters, who cannot even face their own sins? How do you plan to survive what is on its way to you? Do you think courage shall suddenly overtake you and you will be filled with faith?

My servant David did not learn faith and courage from doing nothing, but from battling the enemies he met on the way to where he was going. First the lion, then the bear, then the armies who came against Israel.

13 Enter ye in at the strait gate: for wide is the gate, and broad is the way, that leadeth to destruction, and many there be which go in thereat: (Matthew 7:13)

21 When a strong man armed keepeth his palace, his goods are in peace:
22 But when a stronger than he shall come upon him, and overcome him, he taketh from him all his armour wherein he trusted, and divideth his spoils.
23 He that is not with me is against me: and he that gathereth not with me scattereth. (Luke 11:21-23)

6 Be strong and of a good courage, fear not, nor be afraid of them: for the Lord thy God, he it is that doth go with thee; he will not fail thee, nor forsake thee. (Deuteronomy 31:6)

Good blog. I remember your words. We’re here in the midst of Rosh Hashanah and
awaiting the LORD’s return for HIS people. The book of truth is open for much
greater understanding here at the end. Most of it in daniel11truth.

Wow thanks for going back and finding this post. So true.

Thou shall not kill. It’s right there in black and white, doesn’t list any exemptions. So enjoy your stay in hell if you do.

I believe in a World War 3 because World War 2 happened a long time ago. So if World War 3 was to happen now, we should be prepared for the second coming of Christ. President John F. Kennedy is the United States’ ONLY Catholic president, wanted to kill Fidel Castro and got assassinated. The assassination of the United States’ only catholic president in November 1963 and Fidel Castro’s death in November 2016 probably means something religiously significant can happen in November 2019 because those events happened in November and also because of the 3 in 1963 and 6 in 2016 (the addition of 3).

I was conflicted about the gun issue and going to the Lord I expressed to him my thoughts on the matter and he revealed to me that just as he proved Meshach and the other two in the fire and Daniel in the Lions den. And the many other examples of faith..That it was by faith they were saved and that will be the sàme in the time of the end. They will know he is Lord ..When they see his power demonstrated through their faith and they will see the miraculous events that take place and may come to know he is Lord. Amen

One other thing. Even if you decide against a firearm for protection. How about body armor? You know like kevlar, steel plates, or ceramic plate ballistic body armor. Get a set for yourself, your wife or your children. Many different options so look around and do your research before buying anything. Just a thought, God bless!

Fyi folks, you can get 12ga shotgun shells with rubber slugs. Give a thug a real “come to Jesus” moment without killing. They won’t know the difference when it goes off or when they are hit at first.

“You shall tread upon the lion and the cobra, the young lion and the serpent you shall trample underfoot.” Psalm 91:13.
“Cry and wail, son of man; For it will be against My people. Against all the princes of Israel. Terrors including the sword will be against My people” Ezekiel 21:12.
To those who are unaware of the terror that our Christian brothers and sisters sons and daughters have endured and continue to endure in iraq and syria, it warrants close study and our prayers. To those who are unaware of the hatred that the radical left has for Christians and where that hate has gone previously if left unchecked, look no further than the communists of russia and china. And please get up to speed with these same players at work right now, right here, in America. Our duty to protect our loved ones is right, it is natural, and it is Christian.

“Blessed be the Lord my strength, which teacheth my hands to war, and my fingers to fight” Psalm 144:1. “But if any provide not for his own, and specially for those of his own house, he has denied the faith, and is worse than an infidel.” 1Timothy 1 5:8. Hello brothers and sisters. The time may be coming when YOU will be required in defence of your loved ones. All Christians should seek the Lord”s counsel. Ask him if you need firearms to defend yourself and your families. Ask him to be specific. Shotgun, pistol, rifle. What brand. Mossberg 500 Lord? Sig Sauer p320 Lord? Marlin 336 Lord? He will lead you. He is faithfull and true.

So true. Since 1995 I’ve seen this coming. Thank you and the Lord for this word!

What a powerful word Glynda & one that resonates in my spirit. I have enjoyed & benefited from the wisdom from your podcasts. Thank you for these!

Today my Spanish tutor relayed a story of being in the London Airport several years ago & hearing a couple speaking Spanish & a person trying to assist her who did not speak Spanish. My tutor who is bilingual asked the couple what they needed help with. They replied that they were from Peru & heard abortions were free in England & wanted to know where they could get one? My tutor, a Christian, translated this but was shocked. She said it was like they were part of a tour group – “Latin Americans wanting a free abortion”. ?. I told her I would have refused to translate it so that I was not involved in such a sordid event in any way. I was shocked then disgusted then angry. All life is precious. When will people learn this universal truth? I have not prayed for God to withhold his judgment on our Nation. He is just. The blood shed of the innocents killed will not go unanswered by God indefinitely.

Glynda – Your “Forgiving Intense Hurts” was such a blessing to me. ? I highly recommend this to others who may be hurting & having trouble forgiving & moving past your pain.

Welcome to Z3 news. It’s wonderful to see you here! ?

Amen, Glynda! We need to look honestly at our own lives and the lives of those in our family/sphere of influence and say, like Caleb among the ancient Israelites, “Give me this mountain!” The lord has had me start proclaiming lately, “Give me this mountain of unbelief and disobedience! The land and the battle are Yours! I am not backing down! The kingdom of God has come! I live in the victory of Christ Jesus and I will use the weapons You have given me to take everything captive to the obedience of Christ! Start with me, Lord, and wrench everything out of me that is not pleasing to You. Cause me to know You in a deeper way.” Yes, Glynda, we won’t have power over the enemy unless we allow Christ Jesus to rule in our soul. I find that winning (in Jesus’ power) an internal battle gives me courage for the external battles. I’m not sure if this exactly addresses what you meant, but it is where my thoughts went when I read your words. God bless you and keep you standing strong in Christ Jesus!