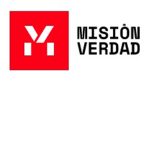 The success or failure in the management of the covid-19 pandemic is reflected in the number of infections and deaths from the disease. Although it was expected that the crisis would generate a change in the dynamics of relations between countries, even in internal management, what was observed was the projection of a barbarism in which the logic of capitalism operated. In … END_OF_DOCUMENT_TOKEN_TO_BE_REPLACED

The resounding victory of Comandante Daniel Ortega on November 7, when he was reelected with 75.87% of the votes for a fifth five-year term, the fourth consecutive, had the Ley Renacer as a reaction from the Biden administration, even though the electoral contest was attended by six national parties, including the Sandinista National Liberation Front (FSLN), and many other … END_OF_DOCUMENT_TOKEN_TO_BE_REPLACED

Salvadoran President Nayib Bukele has given something to talk about after two key events in his relationship with the United States: the removal of a third of the judges and magistrates of the Constitutional Chamber of the Supreme Court of El Salvador and the presentation to Congress of a proposal of Law of Foreign Agents to supposedly avoid the "interference". It should be … END_OF_DOCUMENT_TOKEN_TO_BE_REPLACED