You are here: Home » Prophecies » “In the next 30 days, there will be great UPGRADE in your anointing and the favor He has placed over your life.” 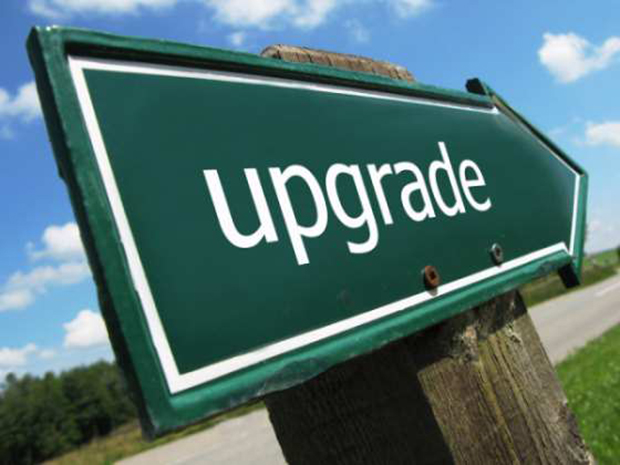 In the dream, the atmosphere was full of the sense of upgrade in many areas, there were two particular areas that He highlighted.

This word is specifically for those who have been in an incredible battle over the last while and have really been fighting for their lives, to continue to stand and to continue to move in the anointing and realm God has called them to. The fire has been hot, the battle has been raging and there has been a feeling of being “stuck” because of the giants that have been coming against them.

Many of you are fighting the biggest giants of your life and you have chosen to continue to stand, but the feeling of being “stuck” has really been strong.

You are going to look back over the next 30 days and you are not going to believe what God has done, it’s going to be so glorious. Where He has positioned you, the increase you have received in anointing and favor, is going to be the most significant you have ever seen.

Many of you as you have been walking through this incredibly hard storm, yet remaining faithful to Him, still loving Him, still leaning in, still loving, still giving your yes, still pouring out, still fighting with resolve to keep standing, even in the moments where you feel like you have crumbled, you have GOT BACK UP AGAIN. IN the storm as you have stood, pressed in, cried out, praised His name, decreed His Word, continued to hold His hand, He has done a deep work in you to PREPARE YOU for this INCREASE. It’s not about earning anything, we cannot earn anything, He gives freely, but your POSITIONING in the storm has QUALIFIED YOU for increase.

“And don’t allow yourselves to be weary or disheartened in planting good seeds, for the season of reaping the wonderful harvest you have planted is coming. Take advantage of every opportunity to be a blessing to others, especially to our brothers and sisters in the family of faith.” – Galatians 6:9 (The Passion Translation)

His tangible presence and manifestations of His presence as you move into this increase in your anointing is going to be like nothing you have seen before. A whole new world of how God is going to “show up” in the area He has anointed you in, is going to leave you in awe of His power, His love, His kindness, His tenderness and His miracle working power!

FAVOR IN THE NEW FLAVOR

That incredible feeling of the “divine set up”, the “right place at the right time” is going to be a common experience and feeling over the next 30 days as you see the manifestation of the THUNDERING OF GOD in the spirit, positioning you in greater realms of influence and favor to see His Kingdom extended and His power released. He’s going to show up in these new places in new and fresh ways.

You are going to be so surprised, amazed, blown away and so awed by what God is about to do THROUGH YOU! This increase of anointing is going to leave you in a DEEPER PLACE OF WONDER AND AWE of WHO HE IS.

The words flowing from your mouths will be, “WOW, WOW, WOW!!!”

Praise in awe and wonder of how amazing, how kind, how powerful, how loving, how incredible Jesus is!

RESTORATION OF THE JOY

Through this UPGRADE, this increase of anointing and favor, the restoration of JOY in what He has called you to will be released.

Where the storm, the trials, the battle has come against your joy and weariness in moving in your calling has settled in, that is about to change. You are about to know JOY from this point on. The sense surrounding me when the Lord spoke that was that the season has changed where you will now experience AGAIN the JOY and honor of partnering with HIM in what He’s doing in the earth and what He is releasing THROUGH YOU.

The Lord is releasing an invitation through this prophetic word to agree with Him, to stand in faith in alignment with what He is doing and what He is saying…

This morning is the first morning in months I have woken up in peace feeling God’s love and strength. A patient at work today told me, ” God wants you to know He loves you and He is so happy you have chosen Him. You are going to be just fine because He will be taking care of you.” Wow. I’ve had a great day all day. Thank you GOD!

That is an awesome report SaraM. God is moving in your behalf and already you are encouraging all of us. I am praying for the same peace and presence that was on you today to be on you tomorrow and everyday. Since tomorrow is day two, why not make it a double portion? Thank you God!

I woke up a few months ago to the words “awe and wonder” — just that. Seems to go with your post! Another morning it was “trim your wicks and get your lamps ready.” Also just passed the 6 year mark where God had me experience what our glowing translated bodies will feel like. At the time, I could not figure out why I wasn’t in the air with lots of people in a rapture experience, but have since come to realize it was a preview of the Bride of Christ’s translation before the greatest harvest of all time. I pray that everyone on Z3 will receive this experience from the Lord as a gift of awe since being a radiant white glowing form is so amazing feeling!

I am very encouraged by this word December of 2016, I was at a worship and praise service and a beautiful sister was speaking in heavenly language. I never met this sister before. She walked over to me and said the Lord said to tell me that I will have so much joy coming in my life. This year (2017) is special for me because it is my golden jubilee year. I celebrated my 50th along with Israel. I am looking forward to the joy that my Lord and Savior Jesus Christ, son of the Living God will bestow upon me. I am looking forward to even more lifting up Holy hands and glorifying and thanking him for what He has done. Blessings, and thank you for this timely and encouraging word.

I keep thinking about the story of Joseph. Not only was he sold a slave, framed, jailed, and forgotten, but the feelings he must of had when his brother appeared to him in Egypt. He must have been angry and happy. If it weren’t for them, he wouldn’t be where he was, and yet, they had caused him so much pain! But the Lord is in all of the bad things we go through if we keep trust in Him we will come up on top of it all in time.

Thanks Lana for your messages. They have been the light in the dark the last several months for me. I do think this message is true. After fighting the dark and getting knocked out time after time, you eventually figure out what you are doing and start winning.

Get ready for Christmas in July

I’m receiving this word, just this morning I asked the Lord for confirmations to what I was praying and just as I started reading this word a roll of thunder from storms came in! Joy of the Lord

I so want to believe this is for me too..I have been crying to the Lord..’ stick’s for almost 50 years.. Lord..is this for me? Even me? Please would you confirm this? I bless you Lord.thank you, God bless you dear friend.

Amen…I fully anticipate that I will have a good report to share with all you brothers and sisters in the near future! 3 weeks to my jubilee! I can’t wait for Gods word and presence to manifest powerfully…for Him to finally break the chains that keep me stuck in my afflictions and bound in the shadow of death…for Him to calm the storm and bring me straightway to my desired haven..to show forth His Glory in me!….praise God for His loving-kindness and wonderful works to the children of men!

i so hope so lana – im in a spot of bother and feeling a tad desperate. a holy spirit boost would be nice

Amen, let it be according to the will of God through Jesus Our Lord.