They claimed in a statement that their intention is to “better protect our creators from harassment, and reduce dislike attacks.”

To reduce targeted dislike attacks & their impact on creators (esp on smaller creators), you’ll no longer see a public dislike *count* on YouTube starting today (the dislike button is staying).

This comes after lots of research, testing & consideration → https://t.co/mJWDJSSRoG

“Creators” in this case means the failing media and the White House, all of whom are down-voted on all their videos.

YouTube experimented with mass removing downvotes from the White House and media earlier this year but the general contempt for both is so high their tinkering wasn’t enough.

I just searched “covid” and clicked the top three videos — all of which are propped up algorithmically by YouTube — and these were the results: 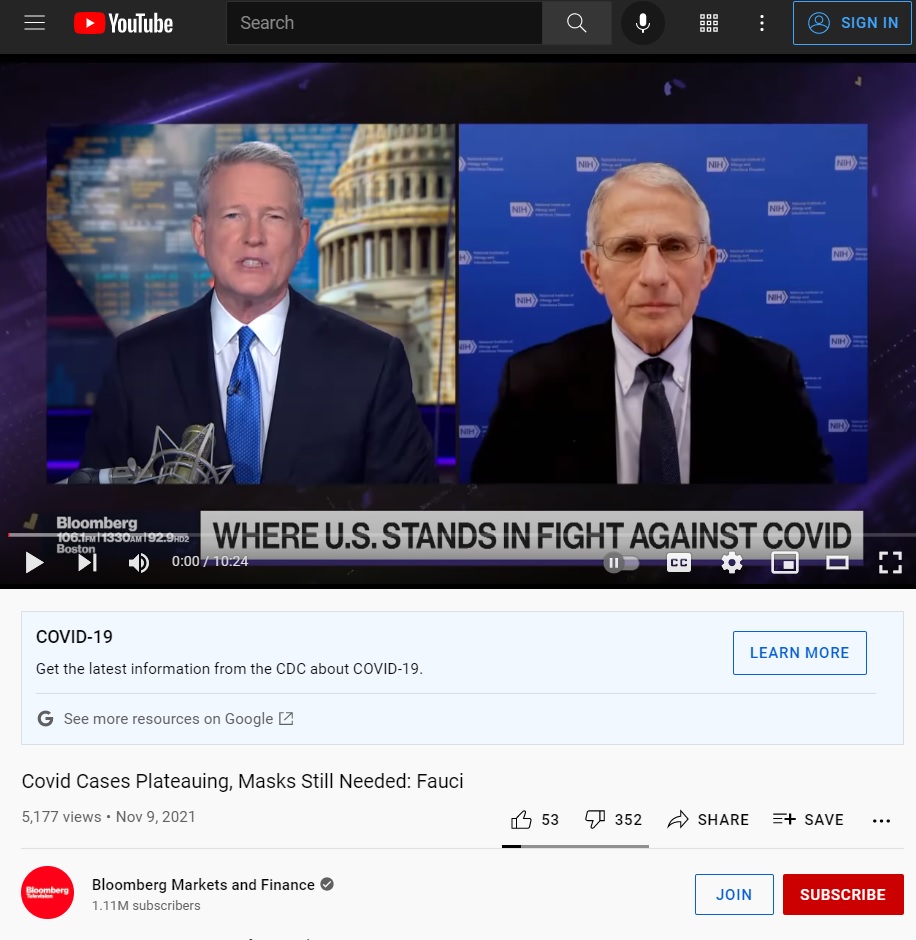 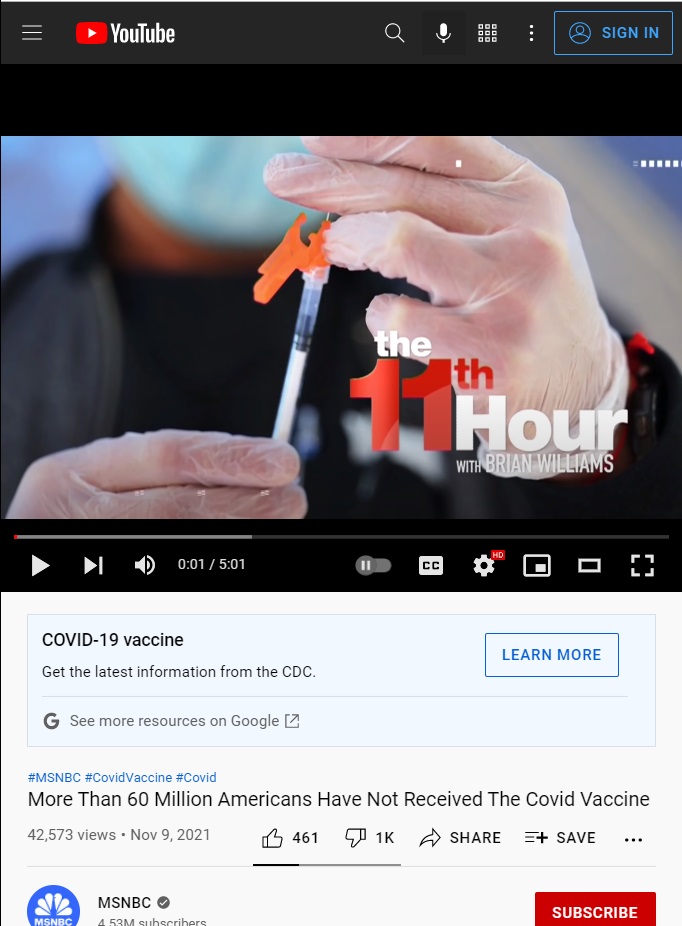 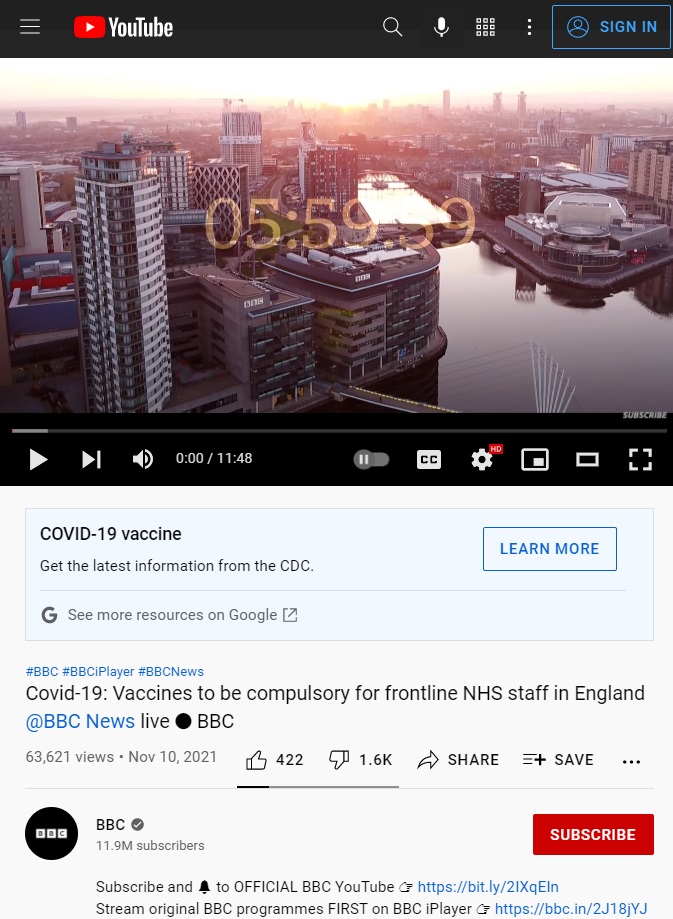 YouTube has been placing “covid” related videos from the controlled media on the front page shilling the vax and so on and every one gets downvoted to hell, with nearly all the comments being negative.

Here’s the latest video from the White House: 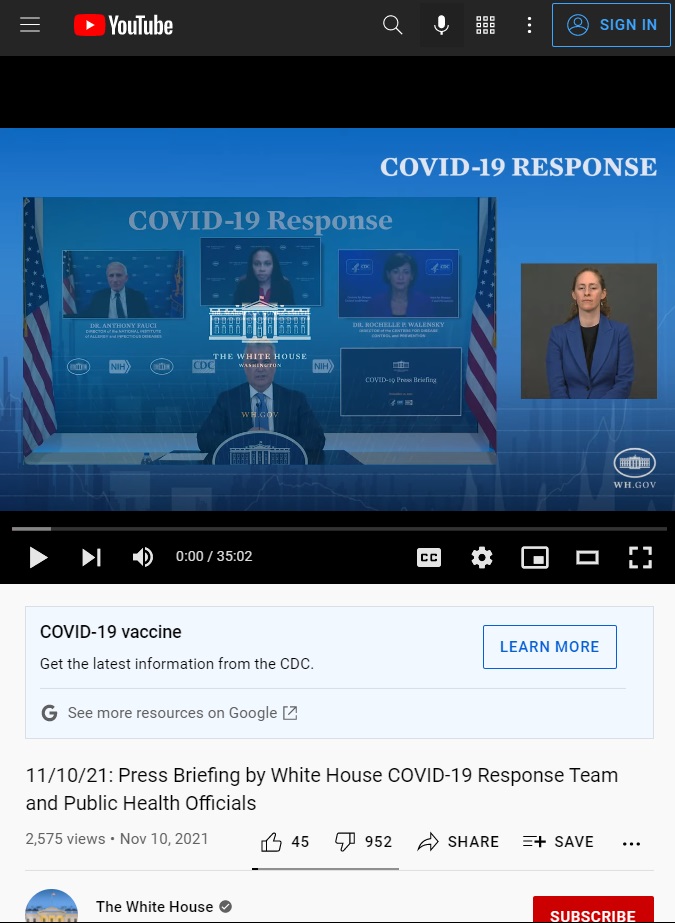 This is the norm and I’m sure they find it frustrating.

YouTube concocted some comically stupid excuse that they were making this change to help “small creators” after having screwed over small creators in every way possible over the past 4 years.

YouTube’s video justifying the new policy was also strongly down-voted with all the top voted comments saying they’re against the change.

(Note, Susan Wojcicki was too much of a coward to put her face on this.)

“You’ve removed the ability for people to be able to easily spot videos that are related to scams, false/misleading information etc by hiding important information from the viewer, all to protect a handful of people that got upset that a video got dislike bombed even though it doesn’t affect the video negatively in any way?” one YouTuber said, echoing a common refrain.

What he failed to understand is that they’re removing the downvotes precisely so that the media, the White House and the Big Pharma companies they’ve partnered with like Pfizer can push scams and false/misleading information and be shielded from all pushback and criticism.

What they, and a lot of others, fail to understand is that most of us have been watching, listening, researching and forming our own opinions. What they don’t like is that we don’t like them, we don’t believe them, and we aren’t walking in lockstep with them.

Always molding and shaping the narrative to their liking and agenda.