You are here: Home » News » Jesuit Schemes by Nation » Canada » YouTube Censors Livestreams Of Canadian Trucker Protests For Being Too Popular

YouTube censored multiple livestreams of the Canadian trucker protest in Ottawa over the weekend of January 29-30 by limiting their viewership for being too “popular.”

Viewers were met with a statement saying,

“Video unavailable: This video is popular! Due to limited creator history, we’re limiting the number of viewers. Subscribe to this channel to help this creator reach a broader audience.” 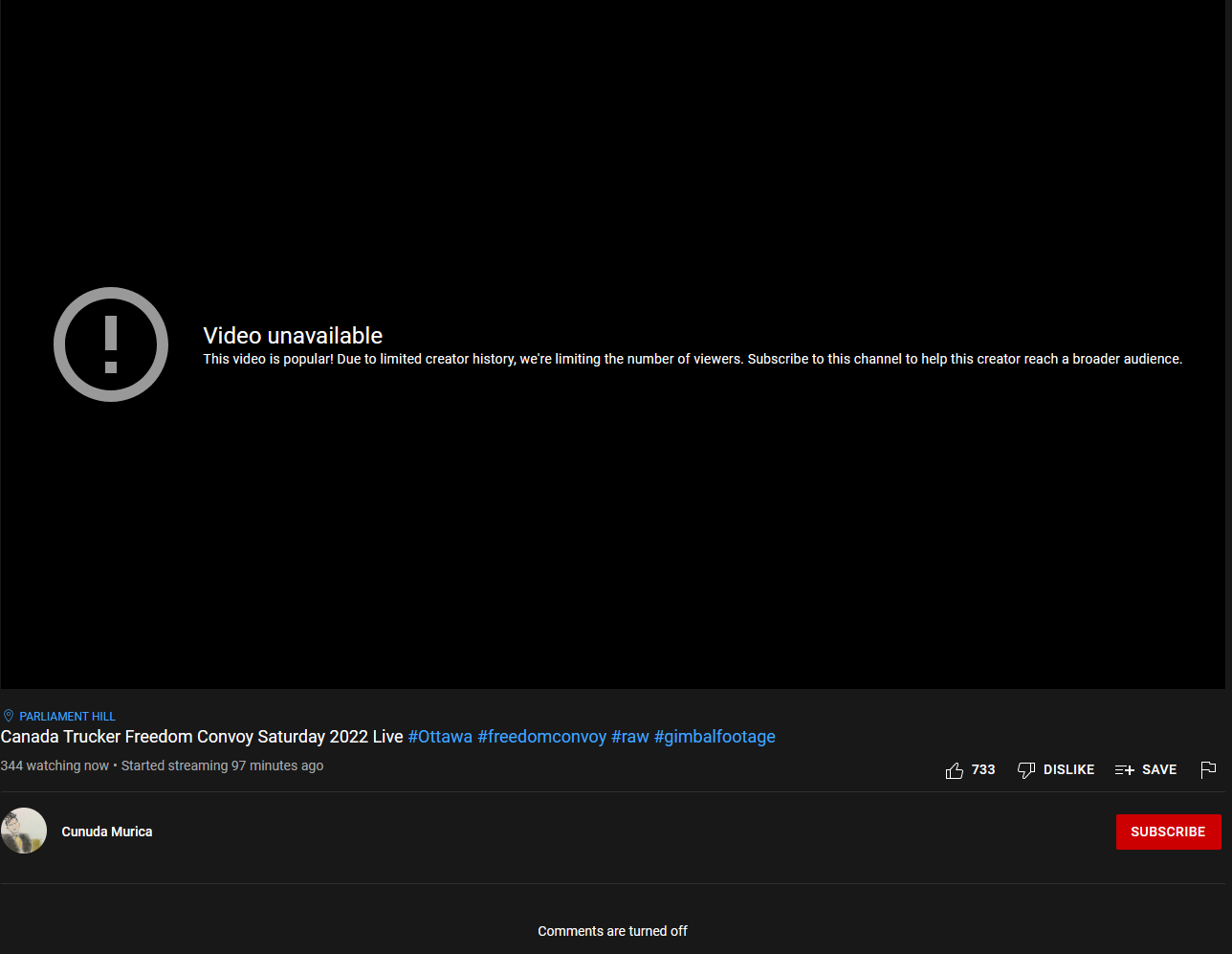 Both videos are currently up and watchable while logged out.

This new censorship scheme allows YouTube to not only limit the number of viewers to a livestream but also track who is watching.

So much for the “We’re removing the dislikes to HELP SMALLER CREATORS”.

It’s all about censorship of anything they disagree with and it always has been. Anyone that still believes YouTube aren’t censoring people for political reasons are living in a dreamworld.

Was watching a livestream of the truckers & Freedom fighters (in Ottawa Canada) Saturday evening just for a few moments- saw the livestream when looking for something else.

Noticed there were a couple re the same in related videos. ? how long they will last up on u-.tube if censored & all that.

You tube – limiting no’s watching but tracking who is = frightening what they are up to.

Dave Hodges Common Sense show has always had a warning to the right of his articles saying Google is tracking your searches.. to be aware of and block those searches.

Glynda Lomax Wings of prophecy- Just praise him had a word re the same: Title new communist America- Google & face book are in cahoots with the gov’t. One day in the future they will censor all Christian content. If you go to buy Christian content eg-book .I think she mentioned re Amazon they could report you.