You are here: Home » Church » Remnant » “Come ye out from among them, and be ye separate!”
Share this post: 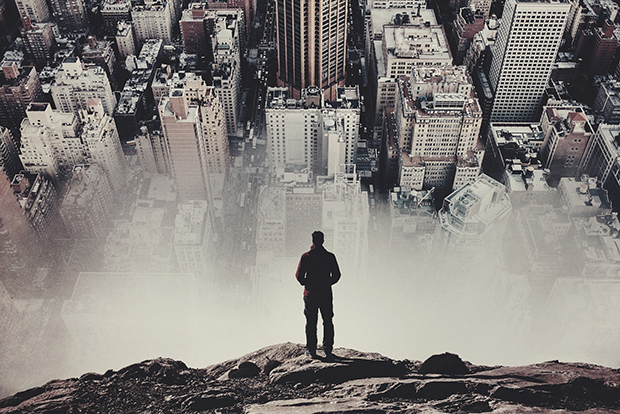 As I have been praying about the situation in this country, I have really felt during this Passover season that we, as God’s people need to take these first two weeks of April to really hide away with God and bow at the feet of Jesus in our homes and prayer closets and ask Him to forgive our sins and cleanse us of all unrighteousness. The Lord is returning soon, and we, as His Bride, are not ready.

For those who will humble themselves before the Lord, during these stay-at-home (due to CV-19) orders, if we will repent and seek the Lord, we will emerge stronger and more focused on God’s will and God’s purposes. As I thought about the first Passover and how God instructed His people to mark their doors with the blood of a lamb, I feel once again that people in this country, the United States of America, need to make sure we have the Blood of the Perfect Lamb, Jesus Christ, over the door of our hearts and lives, as the “death angel” (CV-19), passes over!

And as I thought about this, I heard the Lord saying to the demonic elements of materialism, fear, witchcraft, greed, etc, “Let My people GO!” I believe this word applies to both inside and outside of churches and ministries. And again God says, “Let My people GO!”

And I heard the Lord saying, “Come ye out from among them, and be ye separate! Enough of looking and acting like the world! You must be different, holy!”

And I thought of Malachi 3:18 where the Word of God says there will once again be a difference between the wicked and the godly!

Then you shall again discern between the righteous and the wicked, between one who serves God and one who does not serve Him. (Malachi 3:18 NKJV)

Another dream I just remembered that God gave me, I was in a neighborhood next to my parent’s house hiding in tall grass and the woods. I could not go up to people’s houses to ask for help b/c they were not friendly and would turn me in. So I had to stay outside and survive in the woods. (Or we were looking in the woods for a person or they were looking for me in the woods..)

Personal note: I would have never remembered that dream on my own. Now I realize that the tall grass is b/c no one is going to get their lawns mowed b/c of the restrictions, and I will not take any vaccine, so I will be out of society. ..

In another part of the dream I was in a person’s house looking out the window and this is where I was hiding. I do not remember seeing the person or knowing the house, but, I could not leave for some reason. So this all make sense now .

I have been asking the Lord for another dream and today I had this one. It is on the theme of being seperate. :We were at this amazing resort and it is night, a person in a sports car runs into a huge poll and their body is on the beach. We go running down there to pray for Him and he is fine. He gets up and then we are in a kitchen with him explaining that yes he did it on purpose.

Another part was outside at a picnic. This woman is friends with me and we are observing these kids that are there. One was cutting up a clay worm sculpture—wrecking it and the other was talking. So the other younger kids that were there started telling them the gospel and took them for a walk hand in hand. I remember thinking; I hope they are sharing the true gospel with them, not just what they think it is.

While they walk off their dog who I had met a few minutes earlier comes up to me again. Super friendly, wants to lay on people and hug them. I remember his dog tag was larger than most and had a map on it and a star to point out where he was from. I think outside the US, India, possibly. I let this dog hug me on the ground and it is a very reassuring hug, he is so friendly. Then I go back and sit on a chair outside with the group and chat with the friend.

So the next part is about a group that this friend wanted me to join.
The group was trying to decide who did what and every time they had a meeting to choose ( I saw two of these) there was one lady who would argue and stop all the process of the meeting. So, at the last one, the people just wrote down jobs and they, were given papers with the description. I saw this on an internet link to the meeting. The scene changed and I was walking with the group to a building that had a white door and it was decorated with all sorts of badge type items. We went in and I was given a paper that I was first to read in front of the group—maybe 100 or more people. I was to come a certain time and get the mail and if there were clothes in the mail I could see if they fit me… There was much more writing on the paper, that I did not speak out. And I was to go buy gifts for people, which I love to do in real life  So I felt uplifted and happy my “job” was so easy and fun and I rewarded with clothes. I did feel like this giving of clothes was so I could look like them, they all wore white pants. They commented as I walked up to read that I should wear their pants, there was a name that I do not remember.

They gave me some clothes, pants.. I noticed I had owned that style and color pants before and then I went to sit with that same friend. I chatted with her about not being able to read the rest of my note and she said that was fine, it seemed to grow longer as I held it, and the end was in a foreign language.

These are a few points I see right away as warning to me and others:
1. My attitude changed after I was with that dog. Animals can have evil spirits and they can be transferred by touching. So I liked the lady and did not question her after hugging the dog.
2. Yesterday, Glynda Lomax talked about the Judas Spirit and explained that people who have it will be nice for no apparent reason, but their goal is to end up with all that you have, including Satan working to take your soul and your attention off working for the Lord. The friend in the dream definitely was not a Christian b/c she never mentioned the Lord and was not concerned about the true gospel when I mentioned it being explained to the children correctly.
3. The group was not of the Lord b/c they also never mentioned Him and were only concerned about running their group and getting people in position. Satan is getting his people in position just like the Lord is well. Which side are we going to be on?
4. Thinking back to the man in the car, I think he did know about God, but he was frustrated and decided to run his car into a poll, wasting time, our time, everyone’s talking and asking about it, b/c he was ok. So there are many distractions and rabbit trails that will be presented to us. I remember charging off to go pray for the driver to be raised from the dead and this was presumptuous.
5. The lady’s fighting over who got what position is so human nature. But is does remind us that the enemy is organized as well and has a plan for our destruction in that organization.
6. Byron on junipertreeandbeyond yt has had many dreams about veterans being asked to go to events that celebrate their service, But they end up in a Fema camp and never come home again. This is similar to the dream in a festive setting like a picnic where my guard was down and I did not mind playing with a dog or trusting this new friend.

Please add insights if the Lord gives you some. Blessings!!

I agree with Prophet Sadhu that this should be a time to prepare you and your family by getting the Word into your hearts. Use this time to press into the things of God. – https://youtu.be/tkiPBZJuwc8?t=903