You are here: Home » Prophecies » Australia » Word for Australia: A Move of the Furious Fire of His Love 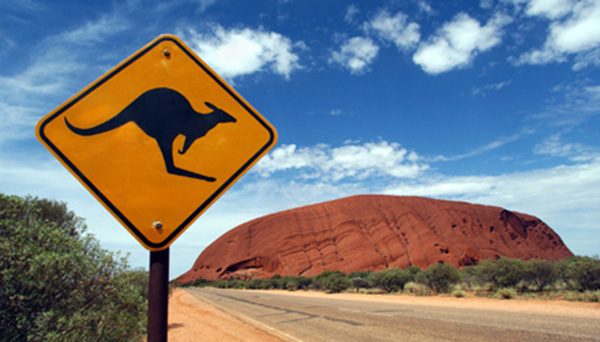 FEAR HAS MANY FACES AND THE LORD IS STRIPPING AWAY THE MASKS IN THIS SEASON BECAUSE HE IS GOING AFTER THE HEART.

He is stripping away religion and tradition, the stumbling blocks to a move of His Spirit.

He is stripping away the culture of performance that the Church in Australia has been deeply rooted in and He is bringing forth a nation rooted and grounded in his love.

The Lord is shaking the foundations of identity in the Church right now. He is shaking that which isn’t built on the rock because He is bringing forth a Church in this nation that will no longer suffer from an identity crisis, but will be one who knows their father and will do mighty exploits.

The old wineskin of backbiting, competition, cutting each other down to make yourself look good, tall poppy, flowing in the green eyed monster and self-promotion are being burnt away. For Australia, the Fire of His Love is raging over you and He is coming to you in this hour to burn up all those enemies of His Love.

There is a love revolution arising!!! Australia you are no longer slaves to fear, but you are children of God who know the heart of their loving father.

I say to you Australia,

“Put down your daggers of slander and betrayal, of jealousy and rivalry. Put down your need for the approval of man and the praise of man, for this will only keep you in slavery.”

“Rise up in sonship, in the identity of Kingship and forsake the rags of your old task master the Father of Lies. For where sonship is demonstrated unity will manifest. When you rise in the knowledge of the love of the Father, you will lay down your life for your brother. You will not expose, but you will cover. You will not cause division, but you will pursue peace with all men. You will celebrate in each other’s victories and mourn with each other’s griefs. For this is a nation of comradery. Of Brotherly Love.

And as we are on the threshold of the 100 year anniversary of Beersheba, I declare, “Australia, You will ride again!”

“You will ride again into Victory against all odds. You will be gate crashers and possess the gates of your enemies as you did all those years ago. For courage lies in the seat of your heart as a nation and you are called to be a warrior nation. You are warriors at heart, but the enemy has sought to divide you because a house divided against itself cannot stand! He has sought to conquer your destiny by dividing you, but I have come in this hour in my Furious Love to UNITE you. I am UNITING you in my Love for MY CAUSE. No longer will you fight under your own banners. No longer will you war under your own agendas. For You will fight and war under the banner of My LOVE.

As you rise up in the warrior heart of the lighthorseman, the brotherly love that saw such a historic victory all those years ago, in this season, you will ride again, but this time you will ride against the Demonic Gatekeepers of your own nation. This time you will take the gates of the long standing Territorial and Political Spirits that have tried to be gatekeepers over this land against a move of God.

You will stand united and you will see a mighty breakthrough of my Spirit upon your nation like that of an erupting volcano. Yes, the lava and fire of my love is going to explode throughout this land, it will burn away barriers, it will burn away racial walls, and it will burn away these Demonic Gate keepers and they will be no more.

For there will be such a release and a rush of my Spirit in Fire over your land and it will flow in force and in power. I am coming in my Furious Love to burn away the obstacles of My love out of your hearts, to burn away fear, competition, rivalry, performance, shame, unworthiness, rejection, grief, despair, discouragement and disappointment. All these things that would cause your hearts to be insecure and judge success in My kingdom by carnal means, that would cause you to compare yourselves with one another. All these things have invited the enemy into the Church. For the Spirit of the World has entered the Church in you my Beloved nation.

But now Australia, in My Furious love, in My raging jealous love, I am coming to burn away the contamination of the world. To purify the mixture out of my beautiful ones and bring you forth purified like gold.

This fire will set apart and set ablaze the lovers of Me. These lovers of Me will set the captives free, through the fire of My love. These lovers of Me will bring liberty, yes liberty in the spirit, for where the spirit of the Lord is there is liberty. For the Spirit of the Lord is returning to the Church in Australia. And you are going to see yokes destroyed, bondages removed, souls saved, hearts healed on a scale like never seen before.

This love revolution that is being birthed even now by My spirit will carry the unpresendented manifestation and demonstration of My Spirit. It is my raging Fire!

Rise up Australia, in the name of Jesus Christ. Yay! Amen, let it be so.

Greetings Alison & all Believers in the Lord Jesus Christ. Yes, the eyes of Almighty God are on the Nation of Australia. On Friday 9th June beginning at 3pm (EST) a small Church in NSW will be hosting 24 Hours of Prayer – For Repentance for the Nation. Please join with us where-ever you are on that day, by offering a Prayer of Praise & Repentance before our gracious God and Father. May His Will in this Nation and upon all the Earth begin to be fulfilled. Let His Kingdom come! Selah.

What a great word for our neighbour Australia. I was delighted the PM hosted Israeli PM Benyamin Netanyahu recently.

beware turnbull. he is playing up to islam as well – and imho a labor plant

A Victory from the Courts of Heaven was granted today when a Bill presented to the NSW Parliament, to ‘decrimimalise’ Abortion, failed to gain the required votes. We can all thank Almighty God for this victory. A number of Churches came together as one on this issue. As Anita has said above, there is enormous power when people come together into the unity of the Holy Spirit.

Ephesians 4:1-4 (NKJV) 4 I, therefore, the prisoner of the Lord, beseech you to walk worthy of the calling with which you were called, 2 with all lowliness and gentleness, with longsuffering, bearing with one another in love, 3 endeavoring to keep the unity of the Spirit in the bond of peace. 4 There is one body and one Spirit, just as you were called in one hope of your calling;

Awesome news. Just read it. The Greens party is a completely Godless Party and some Christians still vote for them. Glad their abortion bill was smashed out of existence, Nice one!!!