You are here: Home » Prophecies » I saw wind being blown over the northeastern part of the USA from east to west. 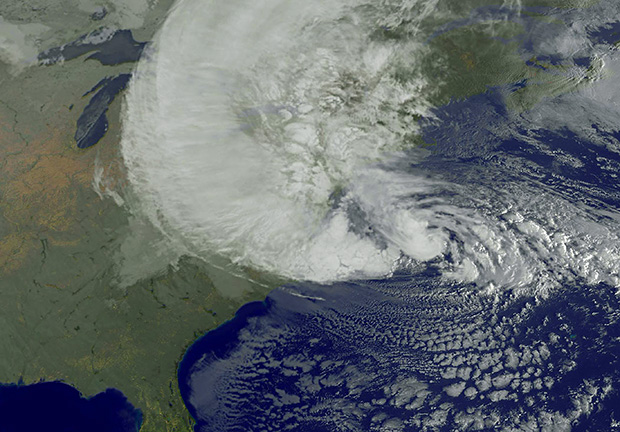 In a vision on the morning of August 26, 2018, I saw wind being blown over the northeastern part of the USA from east to west. This is not the normal direction of wind in this area and is often associated with major storms. The wind had the appearance of a cloud.

Two things came to me. First, a wind of judgment is being released for many people in this region beginning today. Some will be swept away by the judgment and others will have to get low (humble) to withstand what is coming. The second thing which came to me was that many will experience a cloud of His Glory in the same region.

Then I began to see healings being released. Someone is being delivered from a biological attack (a form of pestilence) which seems to defy healing. Great healing power is being released to break off this biological attack. Then I saw someone being healed of severe allergies. There will be major breakthroughs coming to those who are seeking the Lord.

Next, I saw someone being healed of a disease in the mouth. I believe it was some form or oral cancer which will suddenly disappear. As I continued to see these things being released, the area of their release began to expand. These same healing miracles are available to people who do not live in this geographical region. The Shalom Glory of the Lord is spreading and bringing great outpourings which are confirmations of those things which are being decreed by the faithful followers of Yeshua ha Messiach!

Beware! This also means that the winds of judgment are spreading along the same lines. This is a time to get close to the Lord and stay in His presence where you are safe and protected. A scripture was suddenly given to me: Psalm 69:32, “The humble shall see this and be glad; and you who seek God, your hearts shall live.”

May his glory come down. I am ready to soak in his presence!!!Great word

As I was reading this I saw a hospital. Please pray a hedge of protection over hospitals in America! I believe it was regarding the biological pestilence…..

Amen! I know it is going to take going through judgements in order to WAKE up His Church. I personally am looking forward to it because what a wonderful time it is going to be to see His people come back to Him. He wants His Church. His love for us is beyond our understanding. And it takes some going through bad times to drawn near to Him. When things are going good people take it for granted and let the things of this world take up their time. There is a shifting taking place and we will see His Glory like never before. God could have chosen anytime for us to be on this earth but He chose a time such as this.. we are the final generation!

I have had 10 dreams regarding Tsunami’s, several on the East Coast, others I had no real idea where I was. I have posted them on my blog. I really don’t know what else to do with these. I am putting the link here, perhaps someone reading will be given more clarity.
https://propheticdreamsvisionsandwritings.blogspot.com/2018/09/tsunami-10-separate-dreams-of.html

After Repeated Warnings With No REPENTANCE

These Warnings Came Over The Weekend.

First Message)
Hurricane Florence Was
A Warning Shot Across The Bow.

It Could Have Been More Disastrous If Not To
The LORD Who ls Merciful, And Compassionate; Long Suffering Rich ln Mercy.
In His Mercy He Is Holding Back The Rope Of His Scrouge.

But He Will Not Hold Back Too Long
lt Will Accelerate At A Faster Pace.

His Reign Will Soon Start Eroding/Crumbling Before Him. After Him Will Usher ln The– Gog
He ls Waiting ln The Shadow.

The Third Message)
PEACE WILL BE TAKEN AWAY FROM THE EARTH.
To Those On. ‘ The Lounge Chairs’
No Country, No Nation, No Localities Or County ls Immune.
JUDGEMENT ls H-E-R-E.

BELOVED OF GOD!
HE WHO KNEELS BEFORE GOD,
AND REPENT
CAN STAND BEFORE ANY ADVERSITY
REPENT AND REFORM TODAY!

AVOID THE RUSH ON DOOMSDAY.

John Paul Jackson said (It may have been in his Perfect Storm message) that there was one coming after Putin that was “even worse” is what I remember.

Gog, the Anti-Christ, is from the the land of Magog that includes Turkey and all the “Stans” on Russia’s southern border according to Joel Richardson and Walid Shoebat who wrote the books on the Islamic Anti-Christ. Today Russia is a Christian nation whose schools all teach Christianity, where abortion, homosexuality, pornography are forbidden. They have also thrown the money changers out of their country and have virtually no debt compared to the rest of the world. This is why the establishment, MSM and banksters continue to beat the anti-Russian drum. Russia has been fighting the terrorists in Syria who were created by the US, Saudi Arabia and another country. The US has been provoking Russia to start WW III while Russia has had the patience and long suffering of a saint knowing full well that the West has gone mad and that if world war comes the next war will be fought with sticks and stones.

That Says
This Coming Winter Will be Colder Than It Was.
BELOVED OF GOD
PLEASE PREPARE!

It Will Be World Wide.
When Governments Of Nations Declare Quarantine,
That Is The Flu Pandemic.
It Will Be Far Reaching.

The Speed At Which These Forthcoming
Flu Pandemic Will Travel Will Be Alarming.
These Warnings ls Not To Scare but For Preparation Sake.

The Flu That Would Seem To Have The Mind Of His Own.
As lf Being Led By A Spirit.
Or By Matching Order Of A Spirit.
lt Would Not Be Man Made Inoculation
That Is The Defense Against This Flu.
But OUR LORD’S PROVIDENCE.

WHEN PRODIGALS REPENT AND RETURN
GREAT THINGS ARE DONE;
HE COMES NEVER LATE HE WHO COMES
REPENTANT
.
THE LORD WAITING AT THE DOOR.
REPENT!

Could this pandemic start from the retention ponds holding pig carcasses and arsenic that recently overflowed in the Carolina’s from the hurricane? There is concern.

Two years ago I heard these words from the Father God. I did not know the timing of fulfillment.

“Can you hold back the wind?”

“The blood of my son, Jesus, cries out to me from the ground. His voice of weeping I hear. He cries for his children, those that are alive, those that I will soon give birth too. Judgement is set. It cannot be stopped. The chains that bind my people to their sins, I will sever. As tuff as my people think they are, they are putty in my hands. Church is not a time and place. My church is the Body of Christ. Those hidden in me will survive by my will. I alone, determine the future of each individual. The course is set.

The cross my son died on was not made by man. I devised the plan, the implements, (the cross, nails, the hammers that drove the nails into my son’s hands and feet), and I alone provided the sacrifice for man’s sin. Can you do better? Can any do better?

I have a plan for man’s future. I set the boundaries. Shall man see my face and live? I long to see my children’s face. I long to be with them. Does man adapt to my kingdom, or does he change?

The blood of my son has been trampled on. Get prepared for my judgement comes. Can you hold back the wind?”

My God…I just read an article in NY Times saying (https://www.nytimes.com/interactive/2018/09/13/climate/hurricane-florence-environmental-hazards.html?smid=fb-nytimes&smtyp=cur), even if people can physically get away from the hurricane, the path of the hurricane will wreak havoc to areas filled with toxic waste; pig farms, coal ash ponds (imagine if that gets into drinking water), toxic waste fields filled with arsenic and chemical sites. Then David Wilkerson’s prophecy rang a bell, “there would be baptism of filth”, now I AM NOT saying that his prophecy is directly referring to this storm, but the way its set up, its just too eerie of a coincidence. But who ever dwells within His shelter will be kept from harm as he promised. Only Jesus is the calm eye of the storm.

Qanon has recently and subtly suggested that the 50,000 indicted people will be rounded up on October 3, the revised date for FEMA’s National Elert Message. The president on December 20, 2017 declared a National Emergency stating “the United States intends to bring prosecution on those who have brought corruption… a extraordinary threat to the United States. Q says Sessions has received a letter from the Supreme Court granting permission for him to un-recuse himself and that Rosenstein is about to be arrested and that Bruce Orr, Lisa Page and Loretta Lynch have become cooperating witnesses. Lisa Page has testified that there was no evidence of Trump collusion before Mueller was appointed to investigate the president. Q says this was a totally illegal witch hunt and THIS IS IT! A week ago Lindsey Graham surprisingly asked Judge Kavanaugh at his senate hearing several pointed questions about military tribunals. Pastor McFee and Terry Bennett both received words that the military would have to take charge for a time following civil unrest, civil war and chaos. There would be fractional government when the states would have to run things for a time. The military tribunals could bring on marshal law if thousands of American leaders are arrested and imprisoned in less than a week. These 50,000 sealed indictments started accumulating in October, 2017, just before the president declared the National Emergency. John Huber with his 400 attorneys were appointed in that same time frame. Read the full message here. Two big dates coming up: September 25 and October 3. http://www.prophecyclub.com/