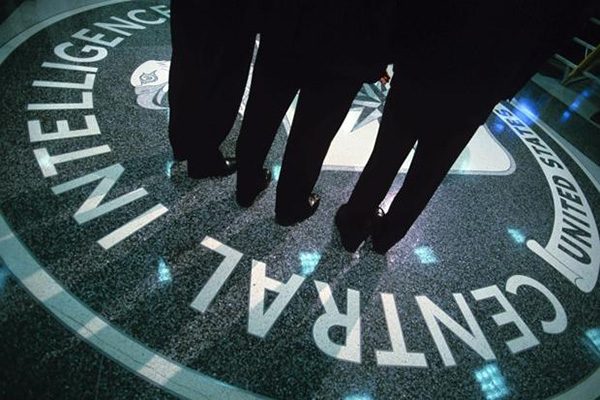 New evidence released in Wikileaks Vault 7 documents shows what we have suspected all along, our intelligence agencies are spying on U.S. citizens, including Donald Trump, while using Russia as a scapegoat.

Wikileaks exposed the CIA is using the following hacking tools to spy on the American people:

CBN News presents the details in this 3-minute video.

James, I hope you will publish this very difficult word published by Glynda Lomax today. Here’s the link: http://wingsofprophecy.blogspot.com/

I have been reading her blog for several years now, and this is perhaps the most sobering word I remember.

Thank you James for all your posts you are doing a great work for our Lord. I believe you are hitting the nail on the head when it comes to the timing of your posts. Thanks for all the info. God bless you sir.

is anyone really surprised? i mean really if hoodlums on the streets of bangkok or singapore can crack the encryption on the newest phones within days of release and use them for whatever, how is anyone that truly put off by this? do people honestly still trust governments at all let alone think they are somehow immune to the treacherous dealings of those in power just because they are christian?

Her word, by the way, is titled, “Darkness Comes Quickly”, and is an open vision she asked the Lord for about what will be coming upon the earth. Obama, not surprisingly, is in the middle of it.

Is Hillary Clinton, not Trump, Target of Congressional Investigation? Russia is now cooperating with Congressional committee on Hillary’s shady dealings with Russia. http://www.whatdoesitmean.com/index2258.htm

I’ve said elsewhere that I think the conspiracy theorists underestimate the big picture of how much is going on behind the scenes. I just wouldn’t put anything past these people who are bent on destroying the US and every other country they need to, to set up their kingdom. Thank God however, that He also has plans – and they don’t know what His are. Thank you for keeping us in the loop.

No wonder Russia will want to attack the US.
Just keep poking the Bear you guys in power.

The biggest reason the people in the “Shadow Government” avoid the light is because the Light frightens many of them. For many of them their delusion is temporary. They will know who Jesus is before passing from this Earth. Some will have accepted Him as their King and Savior, at total cost. God bless you. Here are a few verses from the Amplified Bible on Light and Darkness. John 12:46 I have come as a Light into the world, so that whoever believes in Me [whoever cleaves to and trusts in and relies on Me] may not continue to live in darkness James 1:17 Every good gift and every perfect (free, large, full) gift is from above; it comes down from the Father of all [that gives] light, in [the shining of] Whom there can be no variation [rising or setting] or shadow cast by His turning [as in an eclipse]. **************************************** Proverbs 28:1 The wicked flee when no man pursues them, but the [uncompromisingly] righteous are bold as a lion. **************************************** 1 Corinthians 4:5 So do not make any hasty or premature judgments before the time when the Lord comes [again], for He will both bring to light the secret things that are [now hidden] in darkness and disclose and expose the [secret] aims (motives and purposes) of hearts. Then every man will receive his [due] commendation from God 1 John 2:9 Whoever says he is in the Light and [yet] hates his brother [Christian, born-again child of God his Father] is in darkness even until now. 1 John 2:10 Whoever loves his brother [believer] abides (lives) in the Light, and in It or in him there is no occasion for stumbling or cause for error or sin. Ephesians 5:9 For the fruit (the effect, the product) of the… Read more »

Could it be that Assange has been compromised and know works for CIA.watch and hear for yourself https://www.youtube.com/shared?ci=Uu_QPfOzke4