You are here: Home » Prophecies » “Where you have REMAINED, now you shall enter YOUR REWARD.” 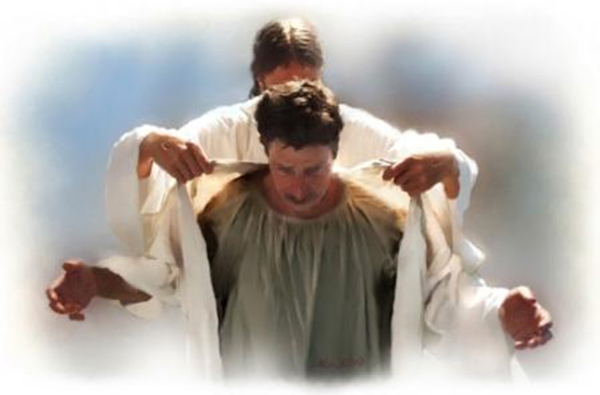 There is great recompense upon the Pioneers in this season, I have been prophesying this for a little while, but over the last month or so, the intensity of this word has been building with me.

There is an increase of RECOMPENSE that is being released upon the Pioneers right now. Many of you have fought battles that are bigger than you ever imagined. Some of you have been in the valley deeper than you have ever been. Others of you have faced many difficult battles and trials, but are beginning to feel the relief of the shift in the season that is taking place. Some of you have been feeling like you cannot toil the ground anymore. Others of you are starting to feel the bubbling joy of new life and promises springing forth all around you – seeing the beginning of the increase of fruit. Whatever part of the process you are in, I want to encourage you with this…

THE SEED WILL TAKE ROOT THIS TIME AND BEAR GREAT FRUIT

“The ‘BUT GOD’ that is being released into your life will CAUSE a great REMAINING. The seed will take root this time, remain and BEAR GREAT FRUIT!!!”

I heard the Lord say “Pay specific attention to the AREA which the enemy stole from you.. for NOW I am releasing upon you a divine restoration, recompense and INCREASE.”

WHERE YOU HAVE REMAINED, NOW YOU SHALL ENTER YOUR REWARD

The Lord is commanding the enemy to repay SEVEN TIMES what has been stolen from you. (Proverbs 6:31) The enemy has been relentless against many of you, but you have kept your eyes on Jesus, you have kept your hands lifted high in worship and mouths full of praise. You have stood when in the natural it looks like there is no reason to stand anymore, let alone hope… but you have REMAINED, and I heard the Lord say “Where you have REMAINED, now you shall enter YOUR REWARD.”

There is RECOMPENSE and REWARD upon you Pioneers. I saw this beautiful work of the Holy Spirit deep within you Pioneers, in the fire, the Lord has birthed and is birthing a deeper yieldedness within you.

I felt the beautiful whisper of His heart to MANY Pioneers “Well done, well done, well done”, His heart is moved by your obedience in the fire, your face as a flint, your abandonment to extending His Kingdom, you have moved His heart with your life laid down as a living sacrifice.

I saw the eyes of the Lord upon the “stewardship” of what He has released into the hands of the Pioneers. I saw the Lord’s eyes roaming and He was looking for those who were stewarding with purity, obedience and yieldedness to Him what was given unto them. His eyes have fallen upon the purity of stewardship. Where there has been stewardship of the small and of the large, with integrity, with purity and excellence, I saw the Lord bringing increase. He is now entrusting many Pioneers with increase. They have cried and continue to cry out to Him for wisdom (James 1:5), not that things have been done perfectly, but there has been a purity of heart and yieldedness that has moved Him, moved His heart. He is now adding increase!

Thank thank you Jesus and Lana. I love you both. Things are going bad for us looks close to more disaster in our life but we are trying hard to keep our eyes focus on him and our two feet in his kingdom. Difficult time but how much gain in terms of learning to steward the Lord’s spirit. I pray that when he restore us all back to greatness we remain faithful to our calling and to our love for him. The beating from the enemy is tough but at the same time this is allowing us to be more overcomers in Jesus name. God bless you Lana and Z3. Each time we are down here Jesus will use Lana as his mouthpiece. Thanks to the Lord and glory to him alone. The More I Seek You, The More I Love you-Kari Jobe worship song.

Yes my family and I receive this word in Jesus mighty name! Harvest season and retribution of seven fold+ are the words we have been holding onto as we pass through the purifiying flames. May you all be encouraged as you patiently wait for the Lord Our God to close the Case in your favour! Gods Word will not come back void and it will be done , Thank you Heavenly Father!!

I fell on my face and received this prophecy for my husband and I and our children and their families. We pioneered a church 11 years ago. The enemy took his best shot these past 2 years. But we did not quit! We have remained faithful to the Lord’s calling here. And Praise God we will continue to remain! God is truly Faithful and True!

and said, Naked came I out of my mother’s womb, and naked shall I return thither: the LORD gave, and the LORD hath taken away; blessed be the name of the LORD.

LANA:
Please explain who the ” pioneers ” are, so I can know if this is for me.

Bill– Pioneers are Forerunners- you go 1st to enter or settle a region, thus opening it up for occupation & development by others. Pioneers lead the way for the group! You guide others! As you know in American History, pioneers suffered greatly in their quest for the new land, as did the Israelites in Joshua! My difficult journey has been Isaiah 61:4 “They will rebuild the ancient ruins and restore the places long devastated.” The enemy has stolen from my community, schools, churches, etc & we have fought Satan & his servants to take back this land. The enemy doesn’t go down without a fight! Look also in Lana’s previous prophesy dated Sept 28,2017, “There is a new season upon the Pioneers.”

what an amazing encouragement this is! Thank you for posting!