You are here: Home » News » Jesuit Schemes by Nation » Australia » What a slap in the face to every Australian
Share this post:

Why didn’t you step in when there was excessive violence in the streets of Victoria from the police force?
Why didn’t you say something when they were chasing down and shooting rubber bullets at unarmed citizens?
Why didn’t you step in as people were committing suicide in Melbourne?
What about the elderly man that died because of being bashed by police for not wearing a mask?
Families have been segregated and torn apart.
I have lost all confidence in you. I for one will never vote for liberal again. You have done nothing to protect our religious freedoms, nothing to roll back abortion, nothing to stop euthanasia, nothing to protect the Church, nothing to stop the jab which is killing countless amounts of people and now going after our children.
You were called to be salt and light to preserve the Australian people from decaying. You have done nothing for the Australian people or the Church. Countless hundreds of thousands of Australians have been crushed under your silence.
God has heard the sobs of the mothers and fathers who have lost their children to suicide. God has seen the distraught faces as people haven’t been able to hold hands and say goodbye to a loved one.
I will continue to pray for you, but I will be voting you out!!!

Chelsea Hagan lives in Melbourne, Victoria, Australia where she and her husband Daniel are Senior Leaders at Fire Church. Together they have planted and overseen a number of churches throughout Queensland and Victoria. They are seeing God do amazing things throughout their region and nation with signs, wonders and miracles. They have a heart for the lost and broken and just want to love people the way the Jesus loved people.

Very Well Stated Chelsea Hagen :All So True.. what a sad demise this country is now facing.. it feels like down the gurgler.!

Many have shed tears.. I know I certainly have in my quiet times spent with the Lord.

It sickens me to my stomach to see the reaction of all the people now as because they have been so called good obedient citizens & double jabbed with the cv.. concoction they have gone out and celebrated @ the pubs & clubs etc. .its like happy days & happy hour are here again. they can retail shop to their hearts content, have their hair cut, nails clipped & all coiffured up.!

and Sco Mo. not standing up for True Godly Values.. as Phil from Sydney says S.M.is Mr Compromise.

Allison Pound from W.A. had a word re S.M. & this Govt also & it was that he had Compromised. -well they all have in many ways. Liberal & Labour.. both aiming for the nwo I think.(?birds of the same feather type)

I read a very sad article from the Australian National Review- 16 th Nov. re a little 2yr old girl in ICU with injuries and because her dad had decided not to get the poison jab. he was not allowed into the ICU TO SEE HIS LITTLE ONE.-DAUGHTER. Dad said can u please keep her & them in your prayers.

Black lights to make the Vaccinated glow in the dark? Listen to what this cop has to say.

Watched the video Sarah, creepy. .I have heard where a lady & her daughter in the USA had seen the same street lights but cannot recall which State -city, town they lived in but they both described the new black lights and when you walk under them they showed the veins in their hands lit up a purple luminescent colour- hence the Luciferase content in the vax jab causes the veins to Glow in the Dark.

Way back last year 2020 Expat Gal had many Posts regarding the early research of the content Luciferase in the vax vials manufactured and the first person to tell about this was Dr Carrie Madej & maybe also Celeste Solum ? correct spelling (she was an ex FEMA employee- whistle blower).

When I read the post I immediately did a search on what is Luciferase as I wanted to find out more about it and was able to find one science article with how in experiments with dead mice many photos showed their bodies illuminated purple colour mainly from memory and I thought to myself how evil is that to put a substance in those vax vials that once injected pollute the bloodstream, and body tissues with this revolting substance called Luciferase.- The Devil is in the name & the details.

Also the surveillance aspect.. & Dystopian future with these Black lights.

You are speaking out what many have been thinking and am sad at what Scott Moorison has and has not done. I haven’t seen any fruit of this leader. Why hasn’t he called Australia to prayer? Why has he not done anything about all the rogue premiers doing whatever they like. I think he is too busy being a people pleaser with the world leaders and I question, is he really Spirit filled. I am praying for him too But won’t be voting for Scott Morrison at the coming election early next year. I too have seen the hurt, the pain and deep anguish of people where I live at not being able to go to a funeral, husbands not allowed in hospital to support his wife and see the birth of his child. The suicide rate is going through the roof. Blood on his hands.

So agree with everything you have said Leonie: I had a bad feeling about S.M. when the fires occurred here in Eastern part of Aust. Starting in NSW then spreading down to Mallacoota and were very severe from Sept 2019 until late Feb 2020.

At that crucial time S.Morrison had taken a family holiday to Hawaii (Aloha!)& he received much flack for taking that holiday when it was a crucial & devastating time with the fires.

The Fires left many homeless also and towns like Cobargo burnt down. businesses ruined also, some lost their lives.-(Top Firefighters as well 2-3 I can recall in particular and they were men in their forties with wives & one or 2 children)

I remember all that time very vividly as the days we had high smoke levels in the outer Eastern & South Eastern Suburbs from the smoke that was engulfing Melbourne city as well.

People were wearing masks here in the city of Melb as the smoke was so thick some days.

The Yarra river had turned a Orange brown colour from the smoke & the smoke haze was very visible .I had to go into the city to take my youngest son for an appointment and in the waiting room of the hospital that day we are looking out of the window onto Vic parade seeing the smoke and then on the TV in the waiting room FLASHED ON THE TV SCREEN that particular day in Feb 2020 was the sudden deaths in Wuhan from the covid virus..all that occurred around the Chinese New year in February of 2020.- The Rest is HISTORY NOW, and here we are Nov. 21 st 2021.

Nothing much has changed with these politicians attitudes.. State & Federal level. and the Church has been called to take a STAND under all the restrictions and closures. Mostly in Prayer & Fasting to stand against the strongholds. I think the Church has realised that we are certainly finding ourselves in the grip of what we now know as the NWO. (Agendas)

Just to add ages ago @ time of fires I had a gut feeling re S. Morrison.. one day in a search on the computer I found photos of him with Freemasons from the Sutherland Shire when he resided in NSW before he became prime minister .Photos showed him at a Charity event and Dinner with Freemasons surrounding him that stayed in my memory and I immediately thought of friends in High Places.. & by association . ? whether he -.S.M. is actually a F.M. himself but he looked very good pals with them from the photos.

Sorry re a bit of a long reply comment but that is what led me to do a search.( re his Affiliations) .The proverbial apple does not fall far from the tree so to speak. 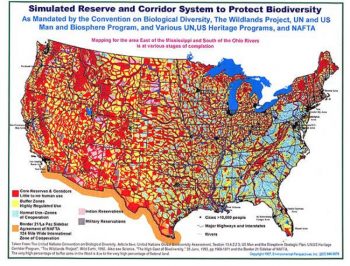 Thanks Sarah Yes there does seem to be a pattern with many of the fires that have occurred worldwide. Of course I have seen many photos /videos of the bad ones that happened in the USA especially California & Oregon State.

Also way back I do remember listening to Deborah Tavares (Stop the Crime .Net) on this very subject & another person sent me a link to a man called Dane Wigington .( not sure if that is the correct spelling of his last name)and he has a no. of videos still on you tube I think re the climate agendas. etc

Yes – chelsea I totally agree. Morrison is Mr “compromise.” His enthusiasm to inject every Australian kid with an experimental covid vaccination with zero risk management is one of the most obscene political acts I have ever seen. I will be voting United Australia and one Nation. LNP is totally unChristian. Morrison is one of Australia’s worse Prime Ministers.
Very sad,
Phil

Summary – We are in a State of Total National Treason. Federal Laws ignored, Privacy Laws, Bio-security Act, the Constitution, Signatory to the Nuremberg edict 1948, four International Laws on Human rights… ALL MEAN NOTHING!!!

(Except for “parliamentarians” & Judicial system, the Vax is “unconstitutional”, thus not mandatory).
Forced Medical Inoculations, Apartheid, Gene Therapy (USA, Canada have now just approved PFIZER for children, 5 – 11 yr old — do you think it is not coming here?? (It contains NO Normal Saline). Will full murder in full force (not to mention full term abortions, (one of the four sins that cries to Heaven for justice), legal euthanasia in almost all states — what was the usual penalty in the past for such acts and for Treason?
** You do NOT get Pfizer into your country unless s you sign a contract with the devil. They have to give so many Jabs, and also be exempt from any prosecution.
Who introduced the medical silencing of any health professional – who speaks out (cannot lawfully), against the national vaccine policy? This Fascist Medicine – run by Federal & State Fascist Communists. … Since when has the PM not had his dirty hands in all over this?? He is part of it!
— Voting Cards , how to do the numerical order – will be put out … by United Australia … all we need is the restore the balance of power. Pauline Hanson introduced a Bill – to make all mandatory vaccination illegal, all discrimination against, State Passports etc. She is trying hard and has a heart for the people… we need to unite all those who seek the common decent good, if we are to have any hope …

100% Agreed Paul and Anne – Mark Latham also has been great in NSW. More Christian policies than 90% of LNP members. Great turn out in Sydney March yesterday. We prayed for no rain yesterday during March – Wet day in Sydney today- Sunday 21 NOV – God is AMAZINGLY GOOD. Richardo Bossi also atarted his talk with the Lord’s Prayer.