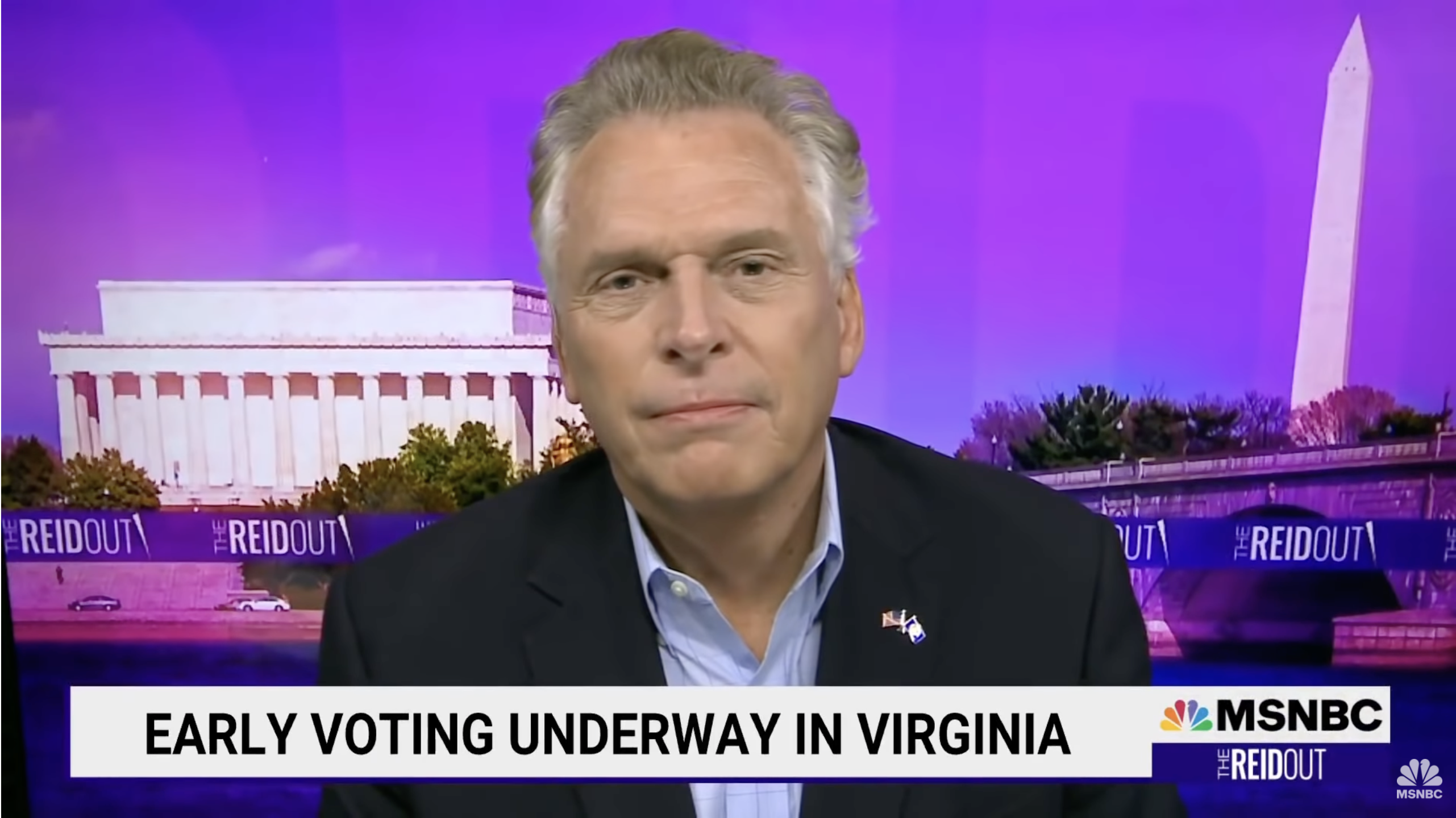 The Virginia gubernatorial race between Democratic candidate Terry McAuliffe and GOP challenger Glenn Youngkin is heating up. Polls show the two closely matched just days before the November 2 election. They’re pulling out all the stops—but for McAuliffe, that apparently means lying about the risks COVID is imposing on children in Virginia.

A new exposé by Washington Post fact-checker Glenn Kessler catalogues a series of untrue statements McAuliffe has made about the state of the pandemic. On October 7, he made it sound like COVID was running rampant, claiming that “Just this week, 8,000 cases on Monday in Virginia… in Virginia today, 1,142 children are in ICU beds.” McAuliffe repeated the claim about children in ICU beds again on October 27.

Yet both of these claims are flat-out wrong.

“When we checked the records, you had to go back to January to find a single day when a combination of confirmed and probable cases in Virginia got close to 8,000,” the Post reports.

“And what about McAuliffe’s Oct. 7 comment that 1,142 children were in ICU beds?” Kessler asks. “That number seemed totally off-kilter. (For the week ended Oct. 2, the number of children in hospitals, not necessarily in intensive care, was just 35.) [On October 21] there were only 334 people (of all ages) in ICU beds in Virginia, according to the state health department data.”

Still, can we really conclude that this is a lie rather than an honest mistake? The Post’s fact-checkers actually reached out to the McAuliffe campaign questioning these false figures yet the gubernatorial candidate continued to use them.

“This has happened too many times for McAuliffe’s language to be an accident,” Kessler concludes. “The pandemic will continue to be a serious policy challenge for the next Virginia governor but there’s no reason for McAuliffe to hype the numbers.” (Emphasis mine).

This last line is the one part of Kessler’s otherwise admirable fact-checking investigation that isn’t quite right. There is a reason for McAuliffe to inflate the numbers—it’s just a rather malicious one.

McAuliffe is running on a platform of big-government pandemic measures, like his support for government vaccine mandates. Youngkin is running against them. By inflating the dangers Virginians face—and lying, in particular, about the risks children face—McAuliffe is calculating that he can scare voters into giving him power in their desire for safety. The more frightened Virginians are, the more likely they are to fall for this false bargain.

The more informed voters are, the less likely they are to vote away their freedoms. Terry McAuliffe knows this, and that’s undoubtedly what’s driving his dishonest inflation of child hospitalization figures.