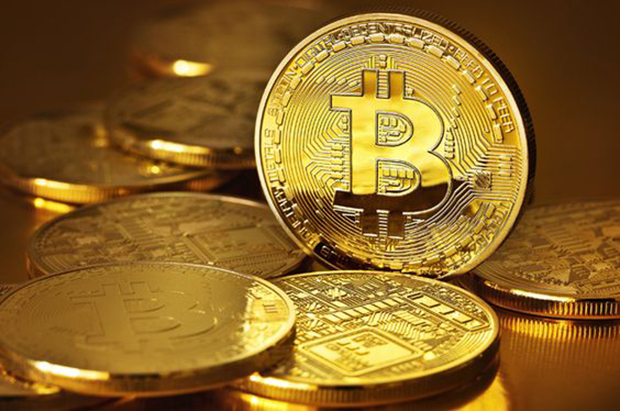 I went to bed last night looking at Bitcoin price charts on my iPad. I’m trying to start focusing more on the moving averages than the actual prices, but they weren’t helping because some of them were dropping while others were rising. So I asked God to give me wisdom and help. Then I went to sleep and received two dreams.

In the first dream, I saw a price chart and I knew it was showing a moving average for Bitcoin. At the far left side, it moved up then leveled off and dropped a little but then made another move up that was larger and steeper than the first. Then it formed a rounded top and dropped back down near the area where it had first started moving up. Then it moved sideways for a short time before turning down and dropping very steeply, almost straight down, for what looked like a long way. End of dream.

As I shared in my previous post two days ago, I saw $42,400 and $42,999 and those prices were causing me to think the top is not in yet, but that’s just my own assumption because no dates or sequences were revealed so those prices could be soon or possibly much later. The same thing applies to this dream today since no dates or prices were revealed, so it could begin soon but these things don’t always start right away and are often preceded by a counter move in the opposite direction.

When I first saw this chart, my attention was focused on the second move up to the top, but then I looked to the left to see it was preceded by the first move up. After seeing it, I wondered if any part of it might have been historical, but then I remembered the general rule I’ve learned (the hard way) that everything revealed is in the future unless otherwise revealed as a historical reference. Since nothing in this chart was shown as historical, I believe it’s all still in the future.

I think the drop at the end of this sequence is the same one I saw in a chart on July 22 because in both cases the drop was very steep and very large and preceded by a short time of sideways movement. I also saw a similar pattern in the top of an unidentifiable object on August 3.

In the second dream, I looked at my phone to check the Bitcoin price thinking it was somewhere close to the current price range but was surprised to see it had dropped straight down a long way. I saw $32,000 but it was continuing to drop fast and I saw it reach $31,300. I think it was still dropping when the dream ended so the actual bottom could be lower. I was shocked by this drop because I was expecting the price to be much higher and thought in the dream this was really happening right now.

Since this dream was separate from the first one and no connection was made between the two, the big question is whether this drop was the same one that I saw at the end of the sequence in the first dream. It seems likely to me that it was but that was not revealed. If they were the same drop, then it shows the price range for the top prior to the drop, as shown in the first dream, must be much higher than $31,300, but I can only speculate about how high.

I don’t think it’s a coincidence that I received these dreams after specifically asking God to help me understand what’s ahead for Bitcoin prices. I’ve noticed the same thing is true with Christopher Harris. God has given him many great insights which have helped many of us, including me, but I don’t think it’s a coincidence that God gives him these things because I’ve noticed in some of his comments that he asks and has even done serious spiritual warfare contending with God for more insights.

I’ve heard people say, “Well God just doesn’t speak to me about those things.” So they don’t even bother asking because they’ve already concluded that He wouldn’t show them if they did. But that kind of thinking contradicts what He said in these scriptures:

If you abide in Me, and My words abide in you, you will ask what you desire, and it shall be done for you. (John 15:7 NKJV)

If we’re not careful, we can get offended when prophetic insights like this don’t happen when we expected or on the same scale we expected so we wrongly conclude it’s all worthless nonsense. I’ve made this mistake many times, but I believe God purposely does it this way to teach us not to get too locked into our own assumptions but hold firm to whatever He gives us, even when circumstances go against it, as shown in many scriptures. (1 Corinthians 15:2, 2 Timothy 1:13, Hebrews 3:6, 4:14 and 10:19, Revelation 2:25 and 3:11)

James, is it possible to see that we have already finished ABC move? any MA with any hours?

My thinking is that the chart I saw was based on the 6-day MA which has finally turned horizontal to form the top of the A wave, so I think the price topped around $48,100 on August 13, so it took 10 days to reach the top if you include August 5. The B wave has started but even with yesterday’s drop has still not pulled down the 6-day MA so it will need more time to pull it down a bit before the C wave starts. Yesterday I saw BTC3L at $1.28 so I think there might be a move up to that level before the B wave drop continues.

The Hash Ribbons indicator has signaled a BUY for BTC on BTCUSD chart of tradingview.
It is currently at $43949.

1) some of us are rich 😉
2) why would God want us to depend on Him? Lol read your Bible bro. Proverbs 25:2
3) sounds like you just suck at trading, don’t move in faith, and want to blame people.

Let me guess: you sold at the bottom because of a random person’s dream that you did not recieve any confirmation from God about. And now you regret your paper hands and paper faith! Just repent and apologize and ask for God’s grace. By the fruit of your words it’s clear you need to lean about God’s character. Hope the best for you Brett but you are clearly reaping in the natural what you sow in the spiritual. Maybe you aren’t mature or wise enough to invest right now.

Please be patient God is always on His clock not our clock!
also please try to stay away from those working for devils call “psychic”.
I believed from now until next 2-3 years time we all in Christ z3news will be wealth transfer
from the Lord! But in the mean time we need to have a good relationship with God’s and God’s will guide all of us to cross the red sea at this stage!

God’s want His children to be humble and patient so we can be the light for the world which once the wealth transfer later on, so we can help other and glory to God!

God bless you all.

Hi Brett, the dream you had on June which you didn’t know when to happen, I think it is happening right now.
Even when it’s clearly from God, we need to pray in to have more direction or confirmation from Him…
There can be people who just want to get rich and not seek the Lord themselves in here. I believe that’s not what God wants. 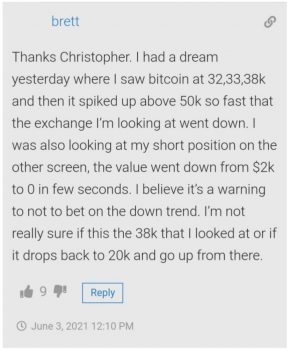 Dear Brett
If you don’t want to read or be involved with the z3news site. That’s 100% fine. I can guarantee it’s not a cult.
Phil

brett, you wrote nothing true nor useful. You apparently have not seen how many of these revelations have come true. It is precisely people like you who are impatient and grumblers that GOD gives revelations in parts. “Without faith, it is impossible to please God.” The passage of time for all things to come to fulfillment is what weeds out those who are doing this just to be rich. God sees your heart and these blessings don’t seem to be for you. Please seek the kingdom of God first.

This reminds me one of the buy prices Christopher was shown for ETN was 1.5 cents. Interesting the previous spike before today stopped at 1.49 cents then retraced down. So perhaps now is the start of an ETN run but then we top out and drop to .4 cents (0.004) and then pump again. Also Maria’s poem said to not sell ETN and I think that means to not try to scalp for lower targets, or not to assume we hit 0.004 before higher targets. Perhaps we will never need to “sell” it back to fiat because when we see the high targets, we will be able to pay for things directly with ETN. Or perhaps it means ETN will break away from btc and the rest of the market.

I feel the same way that ETN time is very near. The buying price CH gave us of $0.015 probably means for this time.

Is that mean buy more etn or wait until it drop to 0.004 Hoyoung according to Christopher dream?

Hi Minh, I believe ETN is going to move with BTC higher and then drop when everything drops. And the buying price matches the current movement too. So there’s a chance it will go to 30cents move and then drop when the market drops. It’s a possibility.

Blessings Colton. I received your email, thank you for the clarification to the questions I had. I really appreciate it. I replied back but not sure why our emails are failing when sending. But I am clear now on what to do. Than You and God Bless You!

Yay! I didn’t get the reply and had to send my email twice so I’m glad you got it! Hope it helps

Thank you for sharing!

Thinking it could be used for daily crypto moves. Let’s see if this works for Z3 members.

Please don’t move the discussions away from here, it is very helpful for the community 🙏🏼 Blessings

Understood, sister. I was just throwing it out there.

can you share the invite link to discord? I would like to join, but I can´t join with this link you shared

I’m able to join . Thank you