You are here: Home » Prophecies » Donald Trump » Trump knew he was in danger. 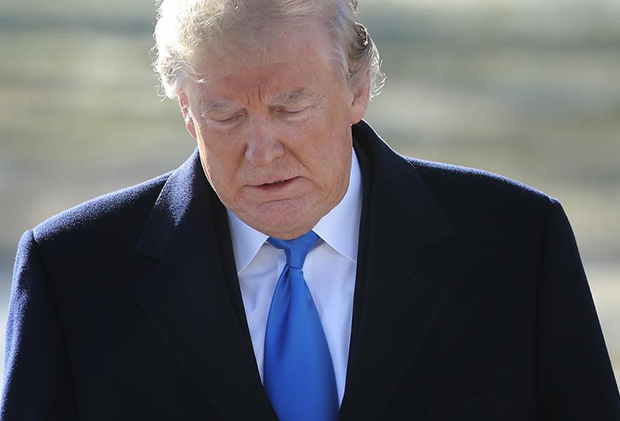 I feel led to share two dreams recently given to a prophetic friend of mine. His name is Elijah and he lives in Nigeria.

1st Dream: About four weeks ago he dreamed President Trump appeared at a rally where thousands of people were in attendance. He was walking in the midst of the crowd handing out money. Elijah stood afar off just watching. Trump was attended by three body guards who appeared not to care for his safety, and he sensed they were evil. Trump made eye contact with Elijah and worked his way over to hand him money. As Trump drew near, Elijah saw he had a look of fear and confusion on his face. Trump knew he was in danger. He watched as Trump tried to leave the scene, but it was then that Elijah heard gun shots. He saw Trump fall to the ground, but didn’t know if he was dead or not when the dream ended.

2nd Dream: Two weeks ago, Elijah called with another dream about Trump. It was completely dark and Elijah couldn’t see anything until suddenly, he saw a face illuminated in the darkness. It was President Trump. He saw a look of worry and concern on his face. Then they made eye contact through the darkness. There were no words spoken, but Trump’s eyes were asking for help. It was as if Trump was overwhelmed and didn’t know what to do. End of Dream

As we were discussing his latest dream, the voice of the Lord said, “The outcome is up to YOU!”

When I heard that, I saw a vision of Trump in his oval office with many men surrounding him. They were all leaning over him pushing papers towards him. I felt deep pressure bearing down on him. Some of these men were pushing on him to do things I sensed he didn’t want to do.

I believe God is telling us, “It’s up to the Saints!” God is practically screaming these warning messages, asking US to PRAY! I personally am praying for God’s PERFECT WILL to be done. I’m praying the schemes of the enemy will be thwarted, I pray Trump will cry out to God and receive the wisdom and understanding he needs! We don’t know his heart – only God does! We don’t have to know his heart to pray for God’s hand to be over him, that God use him for His intents and purposes.

God is calling upon His people to PRAY, PRAY, PRAY!!!

We should all pray in agreement on all that you mentioned in your last paragraph, Dianna. We must cover him with prayer.

I will also pray for 1) the Holy Spirit to provide supernatural strength and wellness to withstand the increasing and relentless stress from not just the news media… but, also the democratic leadership of the US House of Representatives and their allies in the news media… as well as special interest groups… and 2) to “bind” and cast out all confusion and fear caused by satan and his realm of darkness and 3) for the Holy Spirit to provide discernment and wisdom to know and to fulfill the will of God regardless… in Jesus’ name!!!

you said it all…..PRAY PRAY PRAY! I dont know why but those three words remind me of an old WAR movie….TORA TORA TORA.

Thank you Diana. I am praying and have others praying too. God bless.

Obama and his demons are behind this. This will all be known in the future.

Diana, exact word given to our Apostle, Trump surrounded by bad advisers and being pushed into a corner on many things. Of course, he needs deliverance from pride, etc, but pray we must!!!

I have been praying and will continue to as God enables

The above dream reminded me of a dream I had last week about Trump. About a week ago I had a very vivid dream about the President. I was observing, but not part of the scene. We were in what looked to be like an office building, and a group of men were questioning what seemed to be a rather low level employee about Donald Trump. After relentless questioning they suddenly seemed to get what they were looking for and immediately dropped everything and RAN to find him. He was in a car outside of a building asleep. I don’t know the city or why he was so exhausted, but I was above him, in back, looking down at his upturned face, and I started urging him to wake up. “Wake up!, you have to wake up!” ” Wake up!!” “Wake up”, and kissing him on the forehead. Finally, he started, and startled, he drove directly to his home, which was a large mansion in a rural area. But, by the time he got there, it was totally engulfed in flames. He kept driving…sorrowing. He had lost everything. The next scene was some time later. He had met a woman and had a family. He was hidden somewhere in a back country area, (off the grid?). But, he had to leave them and start running again and I was with him, although I wasn’t ‘me’ in the dream. We were running along the pathways that went deeper into the mountains. It was an extremely rocky area, and we came to a ‘cleft’ in the rock and thought it was a good place to hide. As we pushed in, I could feel how frighteningly narrow the space was. Once inside, it was a cave like area, and the sides of the… Read more »

Not meaning to be adversarial, but I believe God would have us spend less time focusing on Trump and more time praying for repentance in our nation and a harvest of souls for His kingdom.

I believe God is calling our attention to President Trump in different posts so we know more precisely how to pray and what to repent from.

Spot on james,
If D trump is removed from office this could commence significant internal turmoil in America. This would be a tragedy for all Americans and the free world,
Phil

Hi Michael, Let us do what the Holy Spirit lead each of us to do (those who are led by the Holy Spirit are the mature sons of God). But as the Apostle Paul urged Timothy to pray in his letter – “I exhort therefore, that, first of all, supplications, prayers, intercessions, and giving of thanks, be made for ALL men; For kings, and for all that are in authority; that we may lead a quiet and peaceable life in all godliness and honesty. For this is good and acceptable in the sight of God our Saviour; Who will have all men to be saved, and to come unto the knowledge of the truth. (1 Timothy 2:1-4 KJV), I plead that all Christians to do what is “good and acceptable” in God’s sight – i.e. to pray for all men, including Mr. Donald J. Trump, the lonely US President who is fighting a uphill battle against the globalist agenda, defending the Constitution against enemies within & without, being constantly attacked by the media slanderers, and facing continuous spiritual attacks from witches & self-righteous, condemning “Christians”. We don’t need another JFK tragedy in the US history. The Christians in US failed to show up at the poll and lost the House to the left – thus, it created more hurdles & problems for the Trump Administrations to fulfill his campaign promises (e.g. building the wall, overturning the Obama Care, etc – Trump did his best (you can’t say he didn’t – but even with both House & the Senate under the GOP in his 1st two years, the Democrats with those judges & the media still stopped him.), let alone God’s Will (i.e. bring prayer & bible back to the Public School, to overturn the Abortion Laws, same-sex marriage, etc.). It’s… Read more »

We need to focus on Trump or we may have another JFK tragedy in our country.!