You are here: Home » Prophecies » Top BLM Activist Calls for Statues of White Jesus to Come Down, “Christian whiteness has always been dangerous” 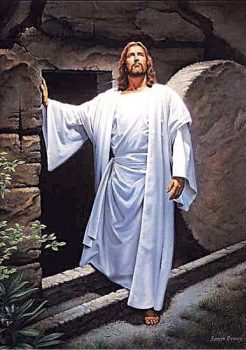 The assault on Christianity is now being co-mingled with the BLM & Antifa riots in the U.S.

Shaun King, a top BLM Activist, is calling for statues & stained glass windows & murals of a white Jesus Christ to be removed as they are a form of “white supremacy”. Source

The co-founders of BLM are “trained Marxist”. “It was Marx who taught that the proletariat cannot simply conquer state power in the sense that the old state apparatus passes into new hands (my italics M.McC). As we have seen, Marx meant that the working class must smash, break, shatter (sprengung – explosion, the expression used by Engels) the whole state machine.” Source

In this NY post article, you can begin to see how Christians will be DEMONIZED in these end times. Shaun King tweeted that he “‘Received about 20 death threats in the past 12 hours since I said that statues of white European Jesus are a tool of oppression for white supremacy and should be taken down,’ he wrote. The threats ‘pretty much proves my point,’ he insisted, saying, ‘Your religion is actually whiteness with a Christian patina.’ He insisted he was a ‘practicing Christian’ and even an ordained minister who ‘was a Senior Pastor for many years. If my critiques of the white supremacy within the Christian world bother you to the point of wanting to kill me, you are the problem,’ he insisted. ‘Christian whiteness has ALWAYS been dangerous.’”

Removing religious statues in the U.S. was happening back in 2017, when a Catholic School in San Francisco removed more than 160 statues of Jesus, Mary and other historical church figures to make the school more “inclusive”. Source

Now the attack on the world’s history and heritage is underway as evidenced in this article – “CHURCHES and cathedrals have begun reviewing their monuments in earnest in view of the Black Lives Matter protests. The authorities at Westminster Abbey and St Paul’s Cathedral are among those to have announced reviews. The Abbey and the Chapter of Bristol Cathedral have announced changes to their heritage policies.”….

“The Dean and Chapter of Westminster have also announced, after the Black Lives Matter protests, a review of the Abbey’s monuments to reflect the ‘attitudes of our times’, undertaking a widespread reassessment of more than 3000 graves and memorials. These include the tomb of Queen Elizabeth I, a patron of the early slave trade, and a memorial to a former Prime Minister, William Gladstone, who has been accused of defending slavery on behalf of his father.”

This demonstrates the destruction of Christianity and its influences to build the ARCHITECTURE of the Antichrist/Beast System.

I will not argue about the subject matter here, and my thoughts will certainly not be popular with many evangelicals, but I know that I must write this. We are under severe judgment, and this entire situation is part of God’s work of separating the sheep from the goats, or even the wheat from the chaff. Whatever one thinks about BLM or Shaun King is really not the point here – the greater point is that what King said about bringing down the statues of Jesus is actually biblically sound, although it is doubtful that he understood this. First, the first two commandments come directly into play. However, I will NOT explain this, as true understanding comes ONLY from the Spirit. Exodus 20:2-6 – 2 “I am the Lord your God, who brought you out of the land of Egypt, out of the house of bondage. 3 {First} “You shall have NO OTHER GODS before Me. 4 {Second} “You shall NOT MAKE for YOURSELF a CARVED IMAGE — ANY likeness of ANYTHING that is IN HEAVEN ABOVE, or that is IN the EARTH BENDEATH, or that is in the water under the earth; 5 you shall NOT BOW DOWN to them NOR SERVE them. For I, the Lord your God, am a jealous God, visiting the iniquity of the fathers upon the children to the third and fourth generations of those who hate Me, 6 but showing mercy to thousands, to those who love Me and keep My commandments. Secondly, look what Jesus said about himself in two different scriptures. Again, true understanding comes from the Spirit. First, John 5:19 – 19 Then Jesus answered and said to them, “Most assuredly, I say to you, the Son can do NOTHING OF HIMSELF, but what He SEES the Father DO; for… Read more »

Hi Tim – I agree with what you wrote. I try to keep the articles short because I find that the longer the articles are, the fewer people read them so I try not to add in my personal thoughts or opinions as this lengthens the articles & the real goal is to try to help keep our community abreast of things happening more quickly than most of us can keep up. Incidentally many statues in Catholic Churches are not who we may believe them to be. There are many statues of Tammuz & other non-Christian characters that actually have pagan origins.

Fellow Z3er, S. Peter, included the video I was looking for but could not find, which really demonstrates that the DESTRUCTION of our current culture is part of the plan to bring in a new culture. The destruction of the statues, graves, stained glass windows, etc. is all just another step in the plan. This video is excellent in explaining what the U.S. has been experiencing for decades now – Yuri Bezmenov: The Four Stages of Ideological Subversion – https://www.youtube.com/watch?v=0fx1BYwCwCI

IF believers would not face the Dark Reality & cry out to God for His Intervention NOW, America will be lost, just like Venezuela or Cuba. The hour is late, and these enemies of the Republic are hell-bent to destroy any & all oppositions to their ideologies – i.e. God, true believers, and the US Constitution/Bill of Rights. We desperately need a Great Awakening & Revivals in the USA!

If the foundations be destroyed, what can the righteous do? Psalm 11:3 KJV

The Agenda 2: Masters of Deceit movie is excellent. Thank you for sharing Patrick.

Things are happening so fast. I’m going to look for this movie. I enjoy your posts.

Thanks for sharing! Great film!

I just shared with my Chinese church in CA and over 500 people. Pray God uses this video!

The church has been warned for decades, yet has fallen asleep. Time to wake up and take action brothers and sisters!

These were excellent links Brother S. Peter. Thank you. I was looking for a different video with Yuri in it that I have seen previously & could not remember his full name or the video. So timely! ???

I have added both to the article.

These Marxists have no regard for others who don’t share their vision. Mob rule is directly opposed to personal freedoms and beliefs that our forefathers in many cases died for.,
Anti Christian One world religion is certainly well advanced and destruction of all Christian symbols is stage one of the agenda. Legislation is another stage of the attack