You are here: Home » Prophecies » This is a time for few words and fewer tweets.
Share this post: 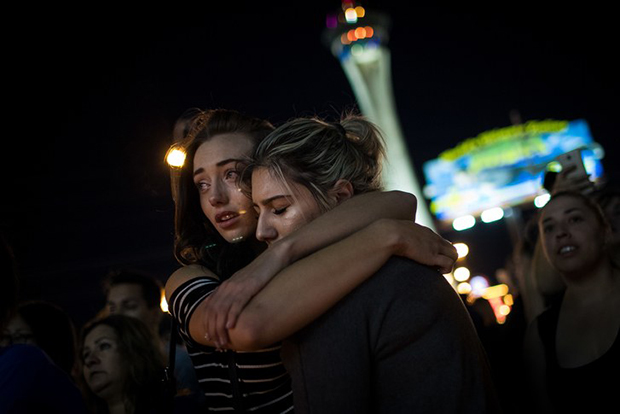 Like you, I have been stunned and saddened by the tragic and senseless act of evil in Las Vegas. While continuously praying for the victims, first responders and all others hurt in so many various ways, I have also pondered what to say and what to do. So many people are saying and doing very unhelpful things. So, I went before the Lord again this morning asking for a word from Him about what I (we) should do or say.

Suddenly, I saw things moving very quickly in the spiritual realm. As a result of this tragedy, things have accelerated in the spiritual realm, but not toward the Lord for most people. Most are moving at almost light speed away from Heaven and the answers of the Lord. Out of their emotions, people are saying and doing what seems right in their own eyes, but many of these things are not right in the eyes of the Lord. I was reminded of a warning given by Yeshua in Mark 13:22-23,

“For false Christs and false prophets will appear and perform signs and miracles to deceive the elect — if that were possible. So be on your guard; I have told you everything ahead of time.”

“I still have many things to say to you, but you cannot bear them now. However, when He, the Spirit of truth, has come, He will guide you into all truth; for He will not speak on His own authority, but whatever He hears He will speak; and He will tell you things to come.”

I am praying for wisdom in our words and actions and for us to receive revelation about what is to come. I was reminded again of what the Lord spoke to me on Yom Kippur about a season of false teachers and false prophets. This window of the enemy has opened wide and he is using the tragedy in Las Vegas to find receptive people who will believe lies and reject the truth. We must not be among them. This is a time for few words and fewer tweets. As false teachers, false prophets and false political leaders rush to promote their agenda regardless of the truth, the saints of God must refrain from joining in with their distortions. This is a time to seek the Spirit of truth with all our hearts and minds. This is a time to still the tongue and open the heart of compassion for the victims and the families and friends victimized with them.

I am asking the Lord to reveal the truth and expose the lies. 1 John 4:6, “We are of God. He who knows God hears us; he who is not of God does not hear us. By this we know the spirit of truth and the spirit of error.”

“But there were also false prophets among the people, even as there will be false teachers among you, who will secretly bring in destructive heresies, even denying the Lord who bought them, and bring on themselves swift destruction. And many will follow their destructive ways, because of whom the way of truth will be blasphemed.”

I am praying for us to resist what is false and embrace the Lord’s truth. I am praying that we will not be a part of blaspheming “the way of truth.” May our spirits be stilled and our hearts be open to perceive the Word of the Lord in this challenging hour!