You are here: Home » Prophecies » “Now It’s Time to Take the Plunge Out Into the Deep.” 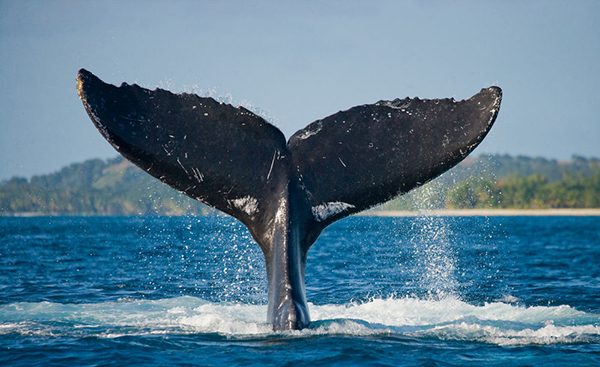 In a time of worship I saw Jesus stand up from the throne, beginning to call out. It was “TIME”. It was a call to go deeper and a call to go Higher.

The Lord is calling you HIS PEOPLE OUT, calling you OUT FROM AMONG THEM. There is a call of separation for many, for where they are currently, to go DEEPER and in going deeper they will go HIGHER. There are ones who are earmarked to lead and carry this next move. There are ones who have been prepared and tested and refined. There are ones who are groaning for more, but haven’t really realized what it is that is going on within them. They look around and feel like a foreigner amongst their own people, (this could be a church family, a job, a geographical location). But now is the call to come out from among them.

Dream:
Last week, I had a dream I was being called down to the beach by a group of people to “watch” and “see” what was happening. As I arrived at the beach, I saw this whale rise on a wave and come at fast speed toward the shore. I thought in my heart, this whale will get beached if it comes any shallower. Somehow the water just kept this whale buoyant. I was very distressed because the whale SEEMED CONFUSED and was coming close to the shore to eat the numerous small fish and He wasn’t going to swim back into the deep.

The next wave was to my left and I saw a whale come to the shore again, but this time it got beached. I was just so distressed because there was no way we could get this heavy animal back into the water and it was destined to die.
Upon awaking, I felt the Lord say, “The whale is created for the deep and He was trying to feed off the food in the shallow waters and hence it was to his death.”

I was sensing a PULL to the shore because of the MANY fish, but the Lord is saying just because there seems to be more in number in the shallows doesn’t mean you are to go into the shallows. This pull has caused a confusion, as whales find themselves beached due to confusion. The confusion of looking around at what others are doing and where the majority are feasting. But the Lord says, “Resist the pull, resist the confusion of the natural signs and know I am found in the deep. Know your identity of where your habitat in Me is found, know that though many are happy in the shallow, that is not for those BORN FOR THE DEEP. IF YOU STAY IN THE SHALLOWS YOU WILL DIE!”

The more in numbers isn’t the signpost where God is found!!!! The more in numbers means it is EASIER to live in the shallows. There are less predators, less opposition, but also LESS of the display of HIS WONDERS! For it is out in the DEEP where you see and discover the Lord’s wonders. For it is out in the deep where you will see the wonders of the deep, the fascinating creatures that live in the deep that are an expression of His creative heart. There are wild and weird and even sometimes scary looking creatures that live only in the deep and so it is alike in the Spirit. The deep carries the wild wonders of God that the shallows can never deliver.

The Lord is beckoning those who are feeling like they will die if they stay where they are, to COME OUT INTO THE DEEP. To leave behind the MANY and come out from among them and plunge out into the deep.

Training in the Deep:
I see the Lord wanting to “show” those ones who are BORN FOR THE DEEP how to “operate” in the deep.

The Wave of the Deep:
For the wave that is going to come on the broader body is going to come from the deep. This wave is going to carry those who have spent time knowing and understanding the deep and who will minister the realm of the deep to those in the shallows, but also to those on the shore. For this wave that is coming is going to break the current shoreline, it will surpass the boundary of previous moves of God. For it will be like a Holy Spirit tsunami that will break all boundaries and touch lives that aren’t even near the shore. For God will even reach those that aren’t even seeking near the waters of Life. He will interrupt people’s courses and will invade the lives of those that aren’t expecting Him or have never heard of Him.

This wave will touch those who are in the marketplace going about their everyday business, and then SUDDENLY they will feel the touch of the water around their feet. SUDDENLY, they will become awakened to their creator of whom they haven’t yet known. Some will run from this wave, but many will feel like it is a welcomed interruption to their empty unfulfilling life.

Catapulting into Destiny:
“For there is a new Glory arising on the Lord’s people. As those who are called to the deep heed the call, they will rise High in the Shining of His Glory. A blinding Glory that will not permit faces and identities to be seen, but only the reflection of His identity of majesty and wonder. This barrier and boundary breaking wave, will see the release of the sons of God.”

Vision:
During a time of intercession eighteen years ago, I had a vision. I saw many waves coming to shore and many of the waves were in a different color. This represented to me the many different moves of God releasing and restoring different anointings and manifestations of His heart to the church. I heard the Lord say to me, “Now look for the next wave.”

As I stood and looked I saw the calm of the water. It was as flat and still as ever. I saw no wave coming like the previous flow of waves. The sun was shining at precisely noon and the reflection of the sun onto the water was blinding to my eyes. Then the Lord said to me, “This is the last wave. This is where the Glory of Sonship is released and this wave holds no color, but only the display of My Glory.”

I felt Him say to me, “This is the church that walks in the righteousness of the noon day sun, executing justice on the earth of which all creation is groaning for.” (Psalm 37:6 and Romans 8:22)

This wave carries the “fullness” of God as the body working as one. This wave is not in part as the other previous waves, but it carries everything of each previous wave perfected in the identity of Glorious Sonship. This wave is the Son of Righteousness arising with Healing in His wings upon those who fear Him releasing them as overcomers throughout the earth (Malachi 4:2-3).

This wave is a release of those who have come out into the deep and carry the depths and treasures of His heart, who have been matured in sonship in the place of the deep and will reflect the face of God on the earth.

The mature sons have no desire to be seen, for that mentality is only found in the shallows. That’s why the Lord can trust those who have come out into the deep to bear His Glory and represent His heart, for it is out in the deep where their lamp is filled with oil. It is in the deep where the price for the oil is paid, for the wick to be lit and to be a burning bright light for the King.

Come out into the DEEP!

Yes Francine! So often the authors that post here end up being a confirmation for what I have been thinking about in the day or two prior to the writings. I want to go deep with God’s will!

Such a rich beautiful word. Love it. “The mature sons have no desire to be seen, for that mentality is only found in the shallows.” Oh to lose all sense of self and be filled with him so that the river of life will flow through you to a dry thirsty world. I so want to lose my life that I might gain all of him. Are we ready? We are stepping into the most amazing time in history. Do not fear. Fear will be the greatest weapon of the enemy during this time but the remnant will overcome through him.

Thank you Anita for this timely word. It really spoke to my spirit. I am going to print it out and study it , I woke up this morning feeling I need to go deeper. I rebuked the devil for making me feel worthless and guilty. I am a child of God. Amen

I needed this message.

This message really spoke to me! I’ve had a strong desire to move deeper and deeper for a long time but I have been an impatient and poorly trained swimmer 🙂 I will continue to swimmer deeper and gain more strength!

I found this teachers site yesterday and it has been an incredible blessing! The topics she teaches on fall right in line with this message.

Last night I placed my hand on my bible (as shown in this video) to claim it’s promises and my hand started warming and tingling and then almost firming up. This sensation moved up my right arm, through my neck and up over my forehead as I continued to pray. Excited to learn more!

Here are a bunch of prayers I found on another one of her youtube pages.

This word is so annointed…th is is happening right now in my life and I now soon in the life of others.

I am so excited to see others touched in the same way as I was by this message!

This is so awesome Anita, I had dream last week and your word goes right alone with what I saw. This is such a conformation for me